While SteamOS had a nice idea to bring Linux gaming to the living room, it's currently on hold (although Valve may return to it). Now, there's another choice with the simply named GamerOS.

GamerOS focuses on a true out-of-the-box experience with Linux and Steam, along with the Big Picture Mode. However, it's a lot more than that. It includes a ton of special tweaks to make everything run a lot smoother including: great gamepad input support, their own curated Steam Play Proton list to give you the best setup for Windows-only games, a "Steam Buddy" tool for installing non-Steam software like Flatpaks from Flathub and emulators, and a whole lot more. 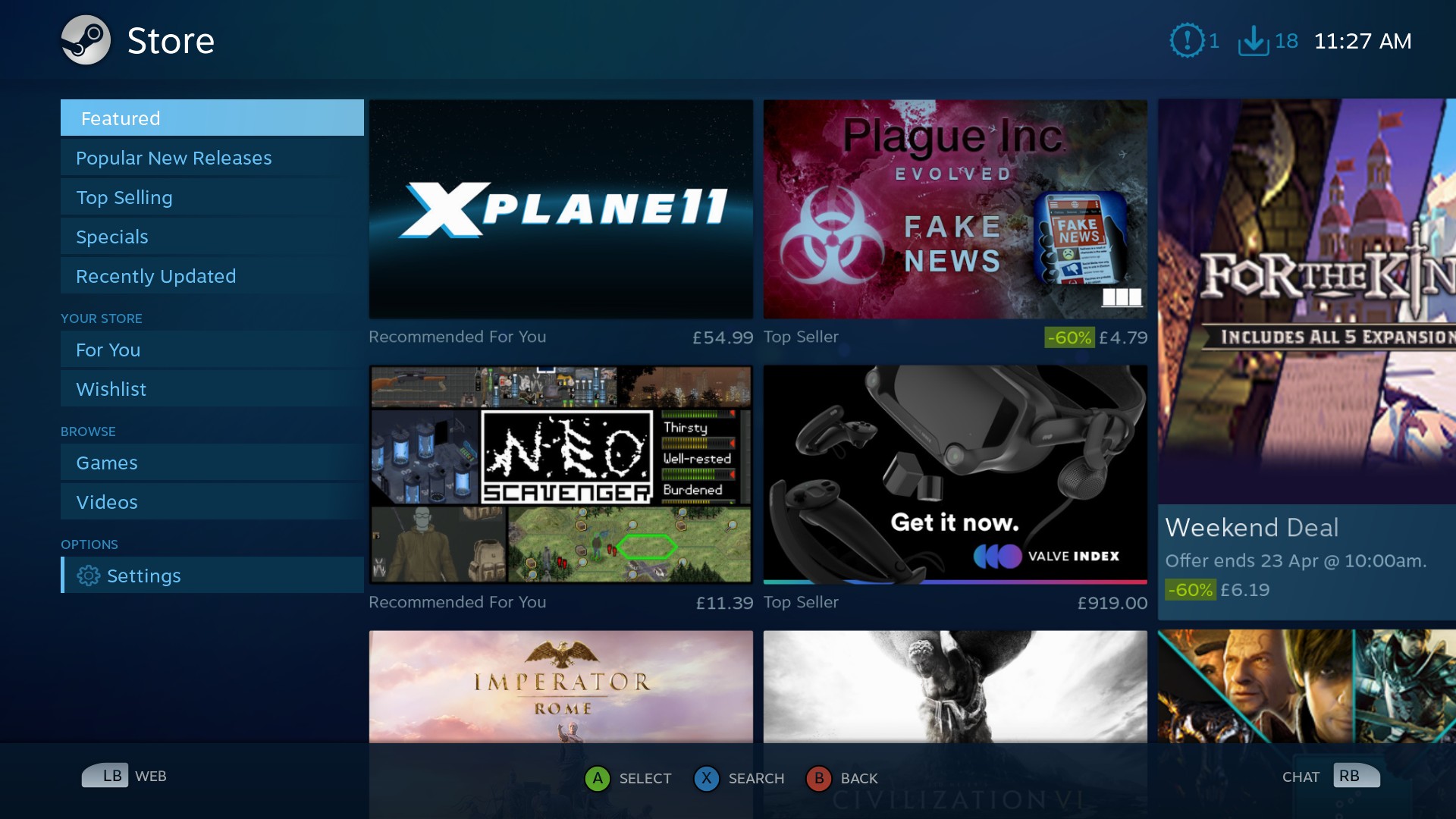 They even claim to have "zero downtime updates" to not disrupt gaming sessions. This is done using frzr, which they say it "deploys pre-built systems via read-only btrfs subvolumes, thus ensuring safe and atomic updates that never interrupt the user".

Recently a new release was made available with major upgrades. It updates the Linux Kernel to 5.6.3, Mesa drivers to 20.0.4, NVIDIA driver 440.82 and other software updates. MangoHud has been pulled in and integrated for Vulkan games, and you can now install GamerOS on drives bigger than 2TB.

Additionally the Steam Buddy tool now supports PlayStation 1, PlayStation 2, Saturn, and Dreamcast emulation too. Even the list of supported Flatpak apps from Flathub expanded to include StepMania, Hedgewars, SuperTux, Katawa Shoujo. The Flathub package support was also improved, to have automatic recovery when apps from Flathub fail to install correctly. Full changelog can be seen here. There's a lot of impressive work going into it.

See more on the official site if you're after a Linux couch-gaming distribution. Forbes writer, Jason Evangelho, also seemed to quite like it.

Article taken from GamingOnLinux.com.
Tags: Distro News
28 Likes, Who?
We do often include affiliate links to earn us some pennies. We are currently affiliated with GOG and Humble Store. See more here.
About the author - Liam Dawe

This reminds me that some years ago I installed the Big Picture as a DE on Ubuntu, the compositor was amazing. Someone knows how to install it?
0 Likes

Quoting: elmapulstupid question:
how do i uninstall an flatpak?

Let me DuckDuckGo that for you.
8 Likes, Who?

Quoting: fagnerlnIt looks pretty interesting, I will try it later...

This reminds me that some years ago I installed the Big Picture as a DE on Ubuntu, the compositor was amazing. Someone knows how to install it?

should work, using this stuff. i did this a year ago, can't remember it in full, but i think this piece from github was all you need: https://github.com/ShadowApex/steamos-ubuntu
0 Likes

View PC info
Let me just say that this is fucking cool, and exactly what we need to make Linux gaming console a reality. I will be very surprised if the next SteamOS will not be (exactly like) GamerOS.
0 Likes

View PC info
I had to remove it from my main gaming PC, because of in-home streaming limitations (some games are a slide show while streaming in BPM), but I still use it on a secondary PC. Awesome piece of work by Alkazar and Shark!

Like I said in another post, that's the kind of thing I wouldn't be surprised and I hope for Valve to pick it up, like they did with DXVK.

Quoting: LinasLet me just say that this is fucking cool, and exactly what we need to make Linux gaming console a reality. I will be very surprised if the next SteamOS will not be (exactly like) GamerOS.

More than that, even if&when new SteamOS comes out, this distro promises a more round experience with unofficial proton configs and emulators integration. It also opens the door to integrate other digital stores in the OS... if any digital store beside Steam will ever embrace the future.
0 Likes

View PC info
It's really a amazing work ! the developers are very approachable and easy to talk people. I think that a console experience is what linux need to get out of a niche and get into masses.
1 Likes, Who?

Quoting: benjamimgoisIt's really a amazing work ! the developers are very approachable and easy to talk people. I think that a console experience is what linux need to get out of a niche and get into masses.

Ha, this is what should be on the Atari VCS when/if it releases.
0 Likes
1/3»
While you're here, please consider supporting GamingOnLinux on: