Doomsday Engine for classic Doom, Heretic and Hexen has a new release out

Giving you another great way to play the classics, Doomsday Engine 2.2 has been released marking 20 years since the announcement of its creation. Doomsday is probably one of the easiest ways to play Doom, Heretic and Hexen on Linux with minimal amounts of fussing around and it looks good thanks to the nice UI. 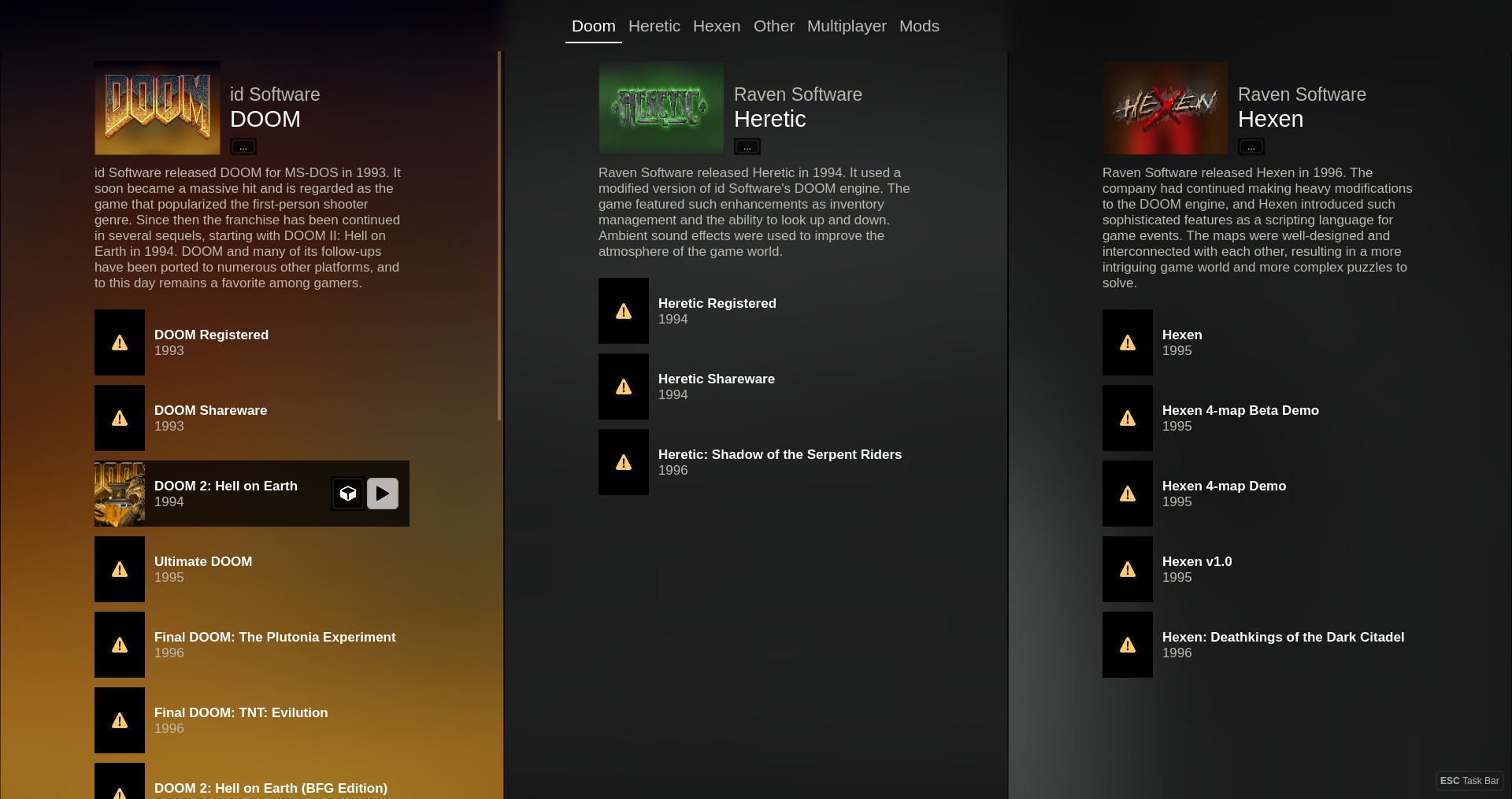 Thanks to the Flatpak, it's now even easier to get up and running across a ton of Linux distributions and keep it nicely up to date. However, currently it seems there's only a Flatpak for development builds, but it does actually work very nicely.

All downloads can be found here and the source code is available on GitHub.

Article taken from GamingOnLinux.com.
Tags: Game Engine, Open Source, Update
15 Likes, Who?
We do often include affiliate links to earn us some pennies. We are currently affiliated with GOG and Humble Store. See more here.
About the author - Liam Dawe

I am the owner of GamingOnLinux. After discovering Linux back in the days of Mandrake in 2003, I constantly came back to check on the progress of Linux until Ubuntu appeared on the scene and it helped me to really love it. You can reach me easily by emailing GamingOnLinux directly.
See more from me
Some you may have missed, popular articles from the last month:
The comments on this article are closed.
3 comments
Whitewolfe80 20 Dec, 2019

randomgamerguy1997 20 Dec, 2019
As much as I like doomsday, it just doesn't have the same level of mod support as GZDoom or Zandronum. And I'm not just talking about Brutal Doom.
1 Likes, Who?

Quoting: GuestBoth Doomsday and GZDoom allow the use of a crosshair for example. Doomsday's is more parametrable. Yeah, i know it's cheating but it is very comfortable. ^_^

It's not cheating if you disable autoaim.
0 Likes
While you're here, please consider supporting GamingOnLinux on: