This website makes use of cookies to enhance your browsing experience and provide additional functionality -> More info Deny Cookies - Allow Cookies
⨯ We're live now on Twitch!
⨯ Join us on our own very special Reddit: /r/Linuxers
Latest Comments by Spl-it
Atari VCS backers on IndieGoGo might actually get their units soon
30 September 2020 at 10:07 am UTC

not related to the Atari but I'm really curious about this one, I want one


Quoting: justragIt's also out on Android for some time, and it works really great on a touchscreen. How's it gonna work on desktop, without the trackball?


QuoteWhat is that Manjaro brings to the table?

Not everyone wants to do things manually, even though we think it's easy ;)
View this comment - View article - View full comments
Nightdive Studios have given an update on the new System Shock, Linux support still confirmed
8 November 2017 at 5:23 pm UTC 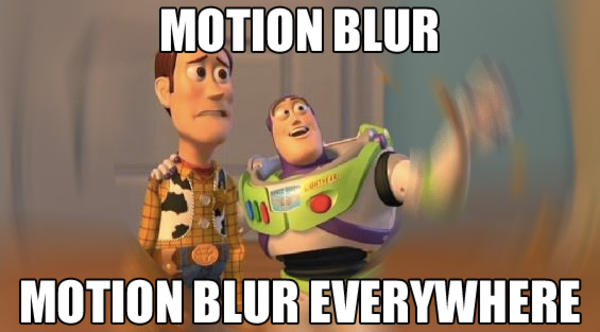 It's near impossible to watch the damn video :P (I hope this "blur everything to the max" trend dies off.. fast)
View this comment - View article - View full comments
Auto Age: Standoff, a colourful car combat game may come to Linux
23 September 2017 at 11:46 am UTC

As for the 80's theme being weird and unnecessary, again, Interstate '76 :D

Looks awesome, I'm not holding my breath for a proper linux port though.

An Unreal Engine 4 game with linux support post release ? now where have I seen that before.. ;)
View this comment - View article - View full comments
What games do you want ported to Linux? Feral Interactive want to know again
12 August 2017 at 3:42 pm UTC Likes: 1


Quoting: Whitewolfe80Lol love the way you don't put Blizzard in the cash crab club when they are arguably worse than EA especially there parent group Activision.

I never said they weren't ;) I only said they should also add some EA cashgrab ;)

Then some Ubisoft junk because many people want that, throw in some EA cashgrab stuff aswell :)

but this will never happen ;)


QuoteQuestion: Is there any interest in me doing a separate site to cover general Linux news?

Yes but don't bury yourself in work ;)

For me ubuntu dropping Unity is a good thing, because indeed, developers now no longer have to work around unity and compiz to make things run

+ I simply hate Unity, ever since the first day it made its appearance.
Now please go and die Unity, die you filthy satan spawn :)
View this comment - View article - View full comments
Reminder: Update your PC info for the next round of statistics updates
25 March 2017 at 12:02 pm UTC Likes: 1


Quoting: GuestTried to add my system info, inputs are super limiting. 5 monitors is the max I can choose (I have 9). Resolution options are for a single monitor. OS/Distro/Dual boot options are limited. No GPU count so on and so on.