Valve has only just put SteamOS 3.1 into the Stable channel with tons of improvements and there's already a Beta available for SteamOS 3.2 with some big goodies.

The first is that Valve are trying to deal with all the noise complaints about the fan. As it turns out, there's multiple fans being used in the Steam Deck, and one of them gives this annoying high-pitch whine. Since I've had a replacement recently, I've now seen first-hand just how annoying it is. The new OS-controlled fan curve should improve that making it near-silent in low usage and there's adjustments for how it responds to different temperatures.

A definite improvement on my end but temperatures will be higher, since often the fan is running at a much lower speed than before. I'll take a slight increase in temps to not have my Steam Deck simulate my Tinnitus.

We also now have experimental support for changing the in-game refresh rate, which will automatically adjust the FPS lock as well. 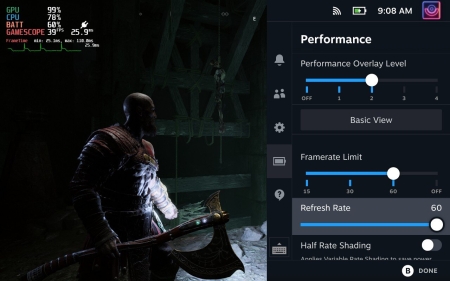 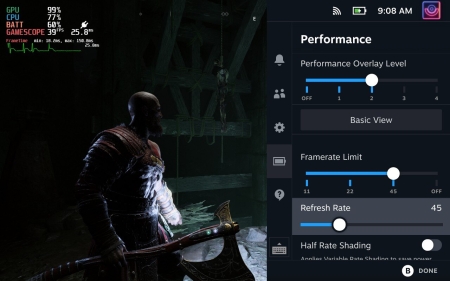 Valve has also tweaked Desktop Mode, so that the on-screen keyboard will come up automatically in more cases. This is great, hopefully they continue to improve that.

We do often include affiliate links to earn us some pennies. We are currently affiliated with GOG and Humble Store. See more here.
About the author - Liam Dawe
I am the owner of GamingOnLinux. After discovering Linux back in the days of Mandrake in 2003, I constantly came back to check on the progress of Linux until Ubuntu appeared on the scene and it helped me to really love it. You can reach me easily by emailing GamingOnLinux directly.
See more from me
Some you may have missed, popular articles from the last month:
18 comments
Page: 1/2»
mphuZ 28 Apr

When will SteamOS be released for desktop?

Eike 28 Apr
View PC info
Reading fan curve, I wondered how they implemented something like this!?!

Honestly, I was thinking about a Steam Deck fan/supporter forum or the like.

grigi 28 Apr
View PC info
Apparently there is a fix by applying a little pressure on the fan in the deck, to minimise the rattle: https://linuxgamingcentral.com/posts/news-fix-fan-whine-on-deck-with-electrical-tape/
2 Likes, Who?

View PC info
Now I wish they'd fix the shader cache downloads to only include the shaders relevant for the steam deck itself, it's really annoying that everytime you turn the device on every games updates hundreds of megabytes of shaders even though neither mesa nor steamos itself got updated to justify redownloading them.
3 Likes, Who?

Quoting: EikeReading fan curve, I wondered how they implemented something like this!?!

Honestly, I was thinking about a Steam Deck fan/supporter forum or the like.

Thanks!
2 Likes, Who?
1/2»
While you're here, please consider supporting GamingOnLinux on: