Volcanoids, the steampunk survival game where your base of operations is a massive moving drill just had a massive update and it sounds like they're taking it in a fun direction.

Released yesterday, the Travel Update has changed the way you explore. Previously, it felt like you had no real freedom to explore and as the developer said, the old map system was nothing more than a glorified fast-travel system. That's gone! Instead, you now get a Pilot Seat and this allows you to dig deep and explore directly. Also, while you're piloting your drillship you can actually use the massive drill to get resources on the map too making it even more handy. 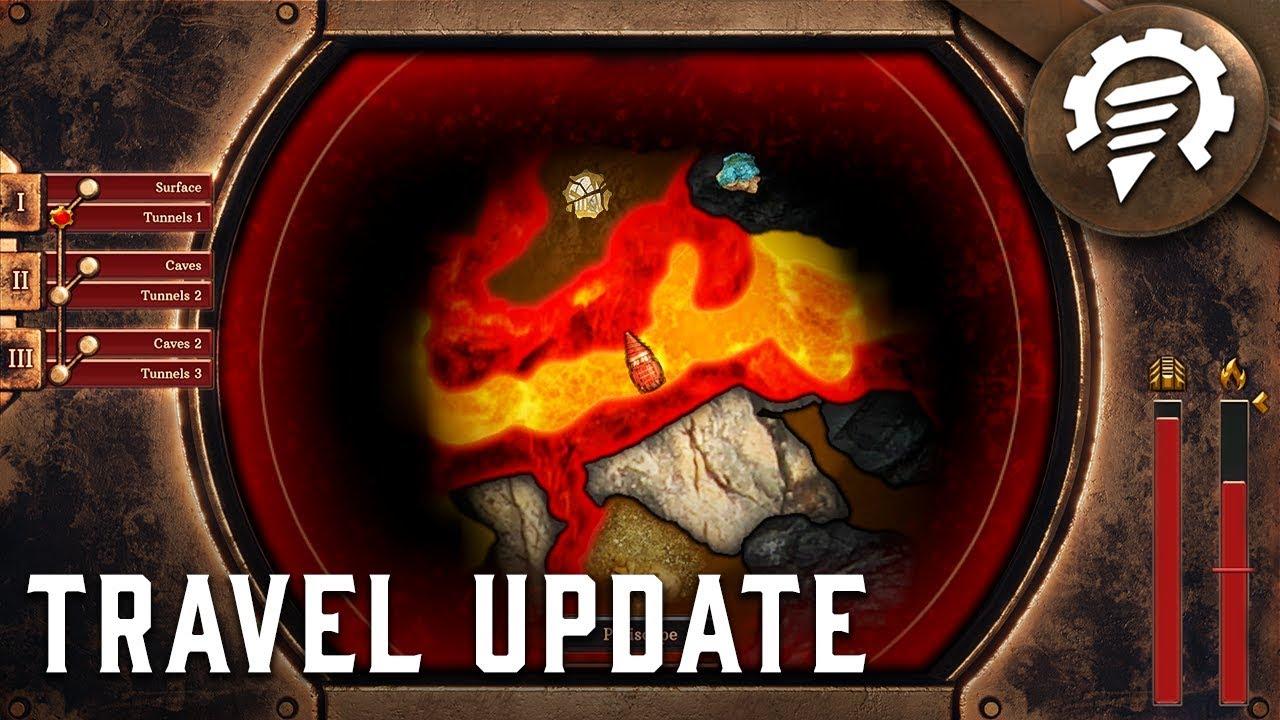 You can also now customize your game with all sorts of settings like eruption frequency, damage, enemy amounts and so on. The new travel system is only the first step too, they're going to expand it with underground combat and more.

A bunch of smaller changes made it into this release that all sound pretty good. These include new audio slider settings, an improved quest HUD marker system, ore re-spawns after the volcano erupts and more.

I've been playing with the update and I do now find it a lot more interesting. I do love that you can pilot your drillship underground and still get out of you seat to walk around inside at any time, it's such a unique game mechanically. When you're walking around inside as you're surfacing or diving and you can see everything wriggle around, it looks very cool. 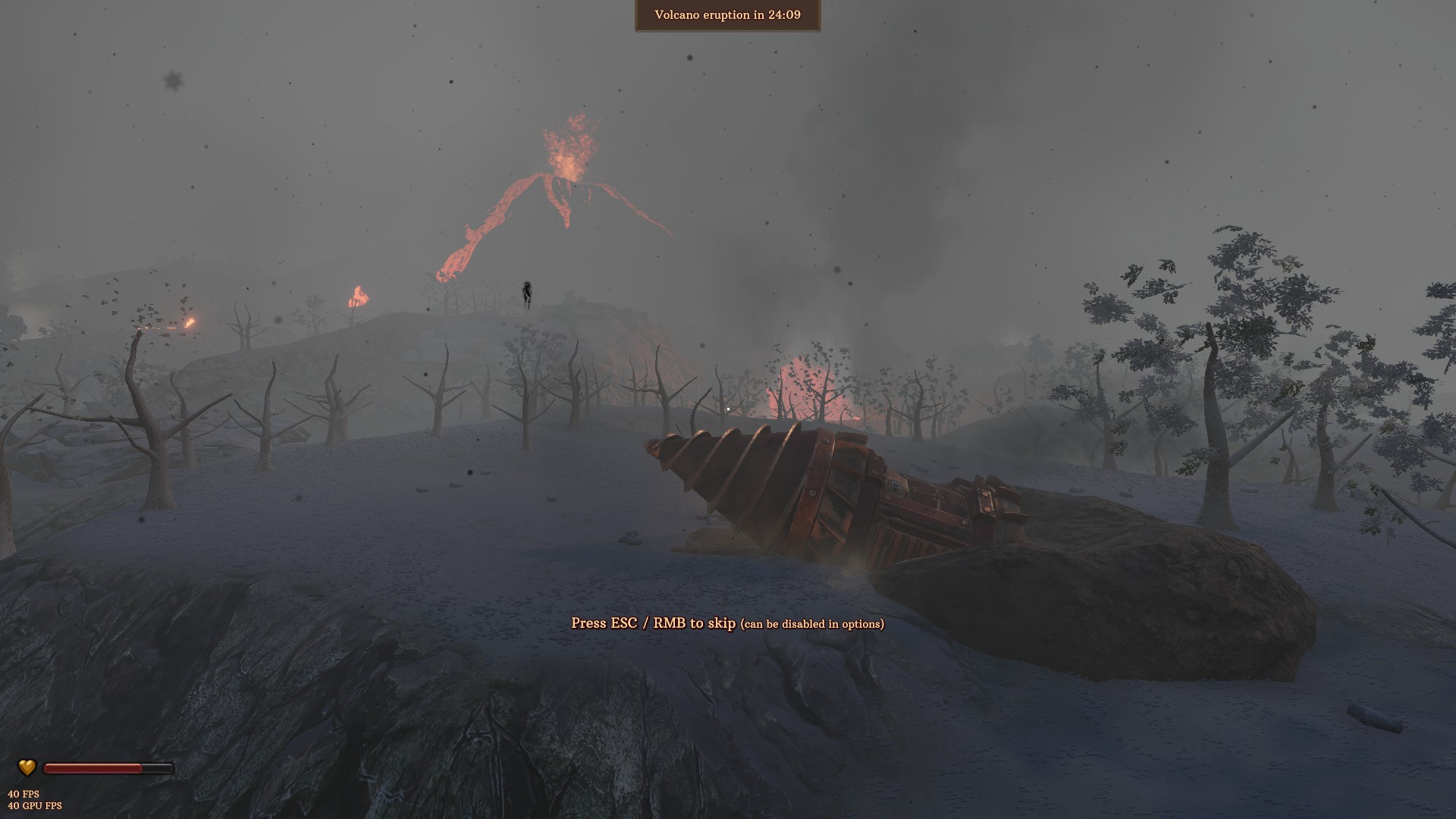 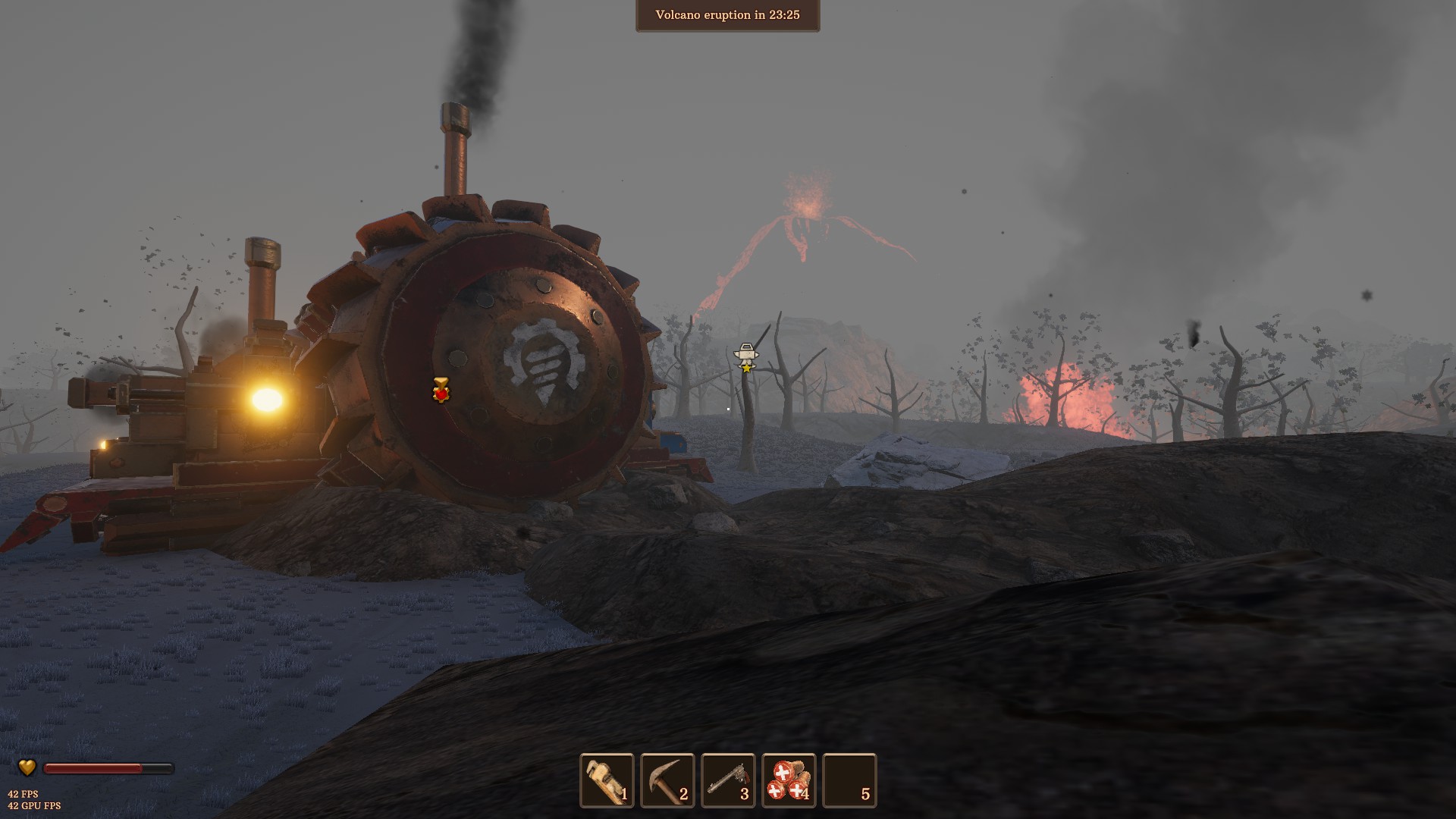 Volcanoids has a good atmosphere, especially once you surface after an eruption like my shots above. Amusingly, I haven't panicked like I did in Volcanoids for some time, after running around raiding COG drillships, I totally forgot to keep an eye on the eruption timer. Nothing says "squeaky bum time" like running away from a volcano that's about to explode right behind you. This below is also not what you want to see when you arrive back, sneaky COG robots ripping apart my ship! 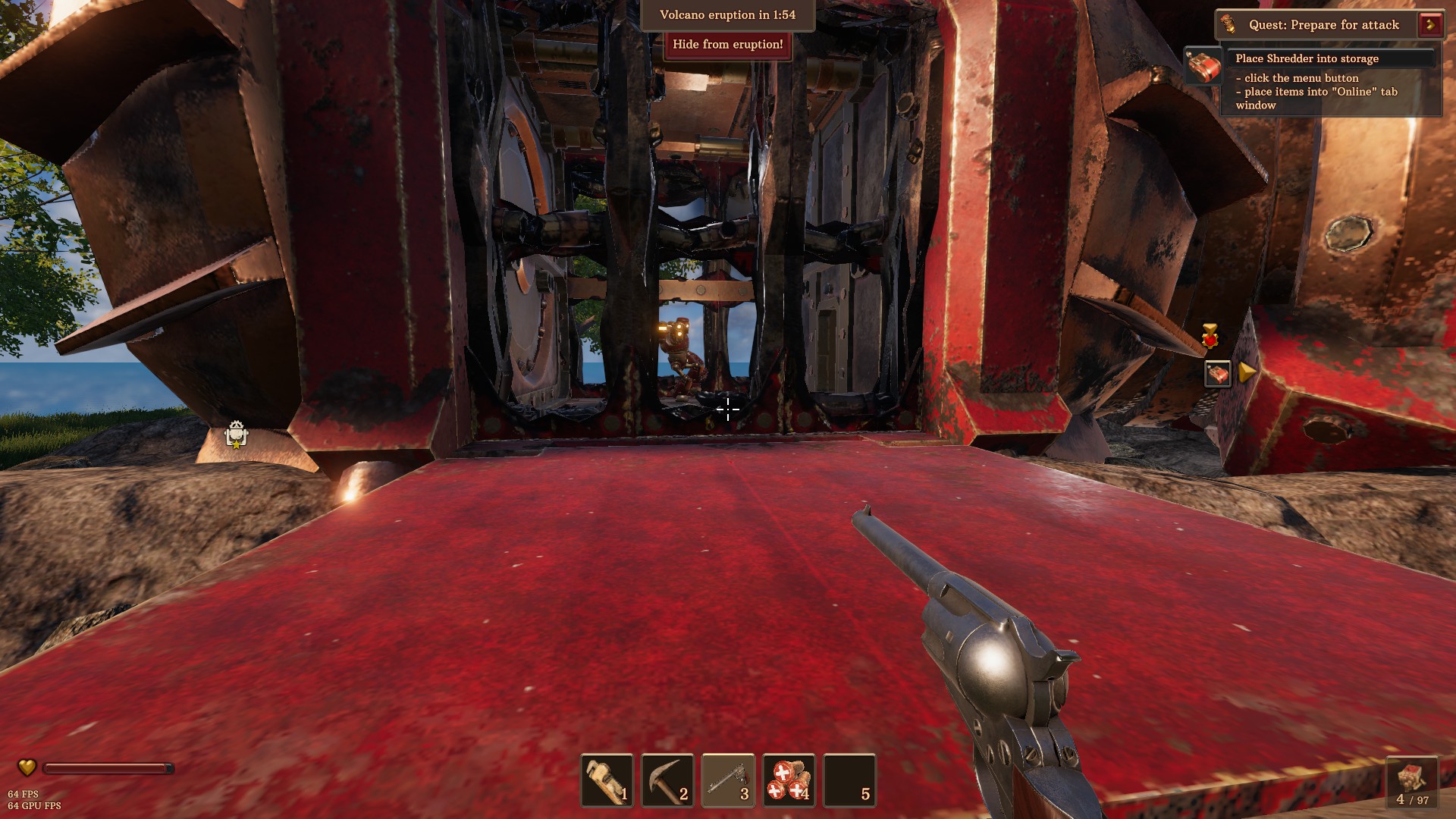 Still needs plenty of performance improvements (especially when the eruption happens, it drops a lot) and more added to the overworld but it's coming along quite well.

View PC info
This is starting to look cooler than I expected.
1 Likes, Who?