Donensbourgh, a medieval farming RPG that could be one to watch has Linux support

Currently in the early stages but it seems promising, Donensbourgh is a medieval RPG with no violence or combat of any kind for those after perhaps a more relaxing experience. I'm glad developers take risks and make games like this, as I do enjoy games with plenty of combat but I often find there's not enough outside of that.

Sadly, it seems they don't do their development videos showcasing gameplay in English so I've not a clue what they're saying. However, skipping through the most recent one below it does show some promise (although a little rough): 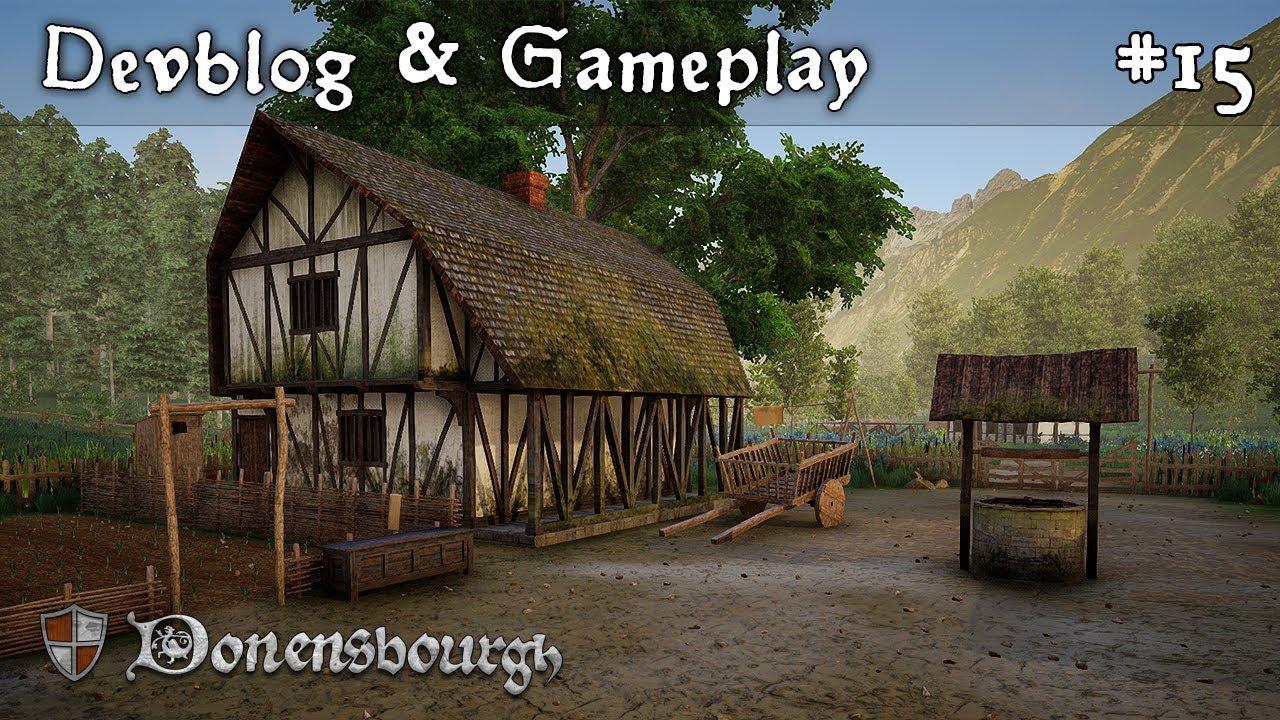 They seem to be going for something with a little realism to it, along with an "accurate" late XIII century design. Keeping up with the realism, there's no spells or dragons or anything like that to be found.  They also say it has a "whole 24h day-night cycle", which I don't think they mean it last 24 hours real-time more than it has a day and night cycle.

I gave the Linux build a run and it does seem to work okay, a few stutters when loading new bits in but other than that performance is reasonably good. Will check back on it when it's a little further along but I like the idea, with the focus on farming technology and advances.

You can find it on itch.io where you can download it free (and donate if you wish) or pay $17 or more to get earlier builds and the final game when it's ready.

The look and description does sound quite similar, doesn't it? Well, not as fancy as the release version, but still.
1 Likes, Who?

View PC info
Wowee, that camera's got a lot of blur on it!
1 Likes, Who?

STiAT 17 Jun, 2019
View PC info
Sounds like something I'd like. Will keep a eye on it, but not pre-funding. Got burnt too often already :-(.
1 Likes, Who?
Purple Library Guy 17 Jun, 2019
A medieval farming simulation by a Spanish speaker. I wonder if you'll be able to make Jamon Iberico.
0 Likes

It will probably never come to Linux. I wrote them a few weeks ago and got the following answer:

"Hello Alexander, thank you for getting in touch with us. Unfortunately, there will be no Linux version of Kingdom Come: Deliverance. Sorry.".

It will probably never come to Linux. I wrote them a few weeks ago and got the following answer:

"Hello Alexander, thank you for getting in touch with us. Unfortunately, there will be no Linux version of Kingdom Come: Deliverance. Sorry.".

it wouldnt surprise me if they update to cryengine 5, which supports VULKAN and release it for stadia
0 Likes

View PC info
Played this a while today and I liked it for a very early alpha game. Sure, it's a lot of running around type quests to get familiar with the area. And yeah, it does crash. As expected and noted. Shame on me I forgot so save. No autosave so far ;-)

My attention was more on the details from a historic perspective and while I take issue with _some_ stuff - like clothing - I'd file this as alpha issues that will probably be resolved. Attention to detail, like no potatoes and not even orange carrots, really fill my heart with joy :)

Other stuff I've seen is subject for discussion. Hard to put a nail on this. Mayhap it's creator knows some sources I don't.

Time is progressing faster and you can sit down (or sleep - or pray) on many occasions to speed that up a lot. Useful when waiting for some stuff like cooking to finish.

View PC info
Interesting, seems to be just one developer working on this which makes it rather incredible.
0 Likes

View PC info
Looks like it could be neat indeed.
0 Likes
While you're here, please consider supporting GamingOnLinux on: