The free and open source game manager Lutris had a small update focusing on having better Direct3D 12 support on Linux thanks to it now using VKD3D-Proton.

What is Lutris? An application you can use to manage Linux games across GOG, Steam and more along with support for scripts to manage Wine / Proton installs for Windows games and applications too. It's super useful.

It had quite a big update earlier this month so this recent update is on the smaller side, although still interesting. With Lutris 0.5.7.1, they now provide D3D12.DLL based on the VKD3D-Proton project as part of their provided DXVK runtime for Wine which they said will "help push updates faster and provide better compatibility for Direct3D 12 titles such as World of Warcraft". 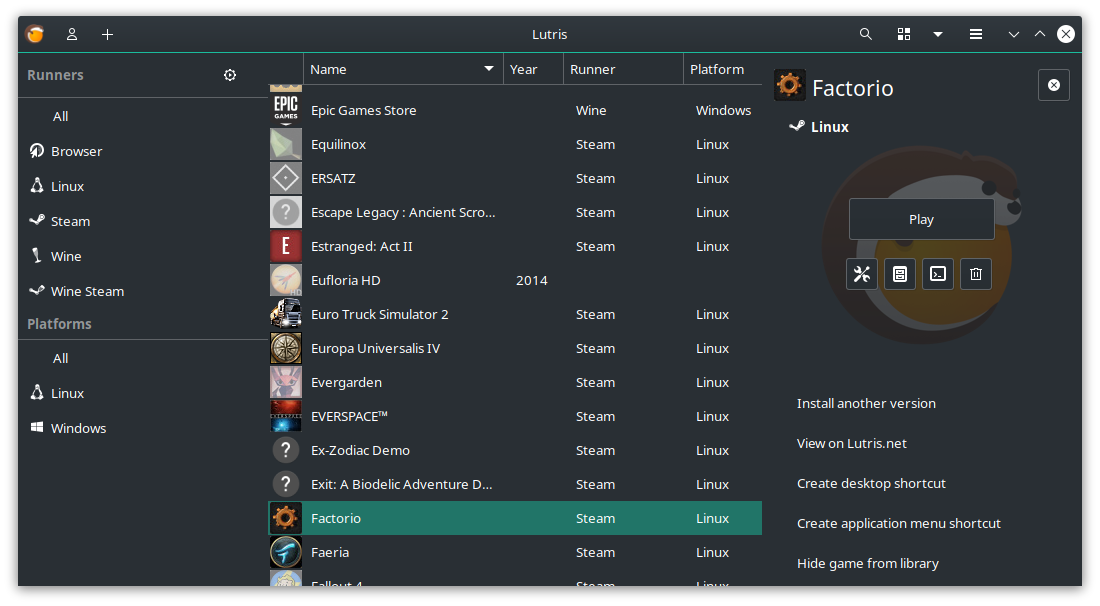 VKD3D-Proton is the Valve-backed fork of the original VKD3D, which now serves as the official implement the full Direct3D 12 API on top of Vulkan for Proton.

See more on the official Lutris website and GitHub. You can also support Lutris on Patreon.

Solarwing 20 Jul, 2020
Nice.Development for Lutris is astounding. And Wine also. Maybe soon I can ditch windows 10 from my main rig and give it a new good life using Linux. What I use right now is my secondary rig and OS is well you know it. But nevertheless hearing these news are a good start for a day.

View PC info
I'm really curious if NGX is going to be able to enable stuff like DLSS through VKD3D because I think that will be VERY popular for Proton users as we already take a performance hit when using proton vs running native under Windows, some games more so then others.


My VR Rant:
I wish I could ditch Windows10 completely, but I still need the Oculus APP and VD-Streamer for VR gameplay. (link and wifi).
If only Valve would make a standalone VR headset (no light towers) that connect via WIFI (wifi6?). I read somewhere that there are dedicated VR APU's for optimal encode/decode et al. being made (to fit inside standalone headsets).

View PC info
I think it's time to donate to Lutris again.
2 Likes, Who?

STiAT 21 Jul, 2020
View PC info
They're doing a really great job there at Lutris. Coming from PoL this service is a huge improvement over what PoL was. I was sceptical at first it would end up in a script hell again, but it's a really pleasent and nice to use service. I agree with Perkleen, a donation is in order.
1 Likes, Who?
While you're here, please consider supporting GamingOnLinux on: