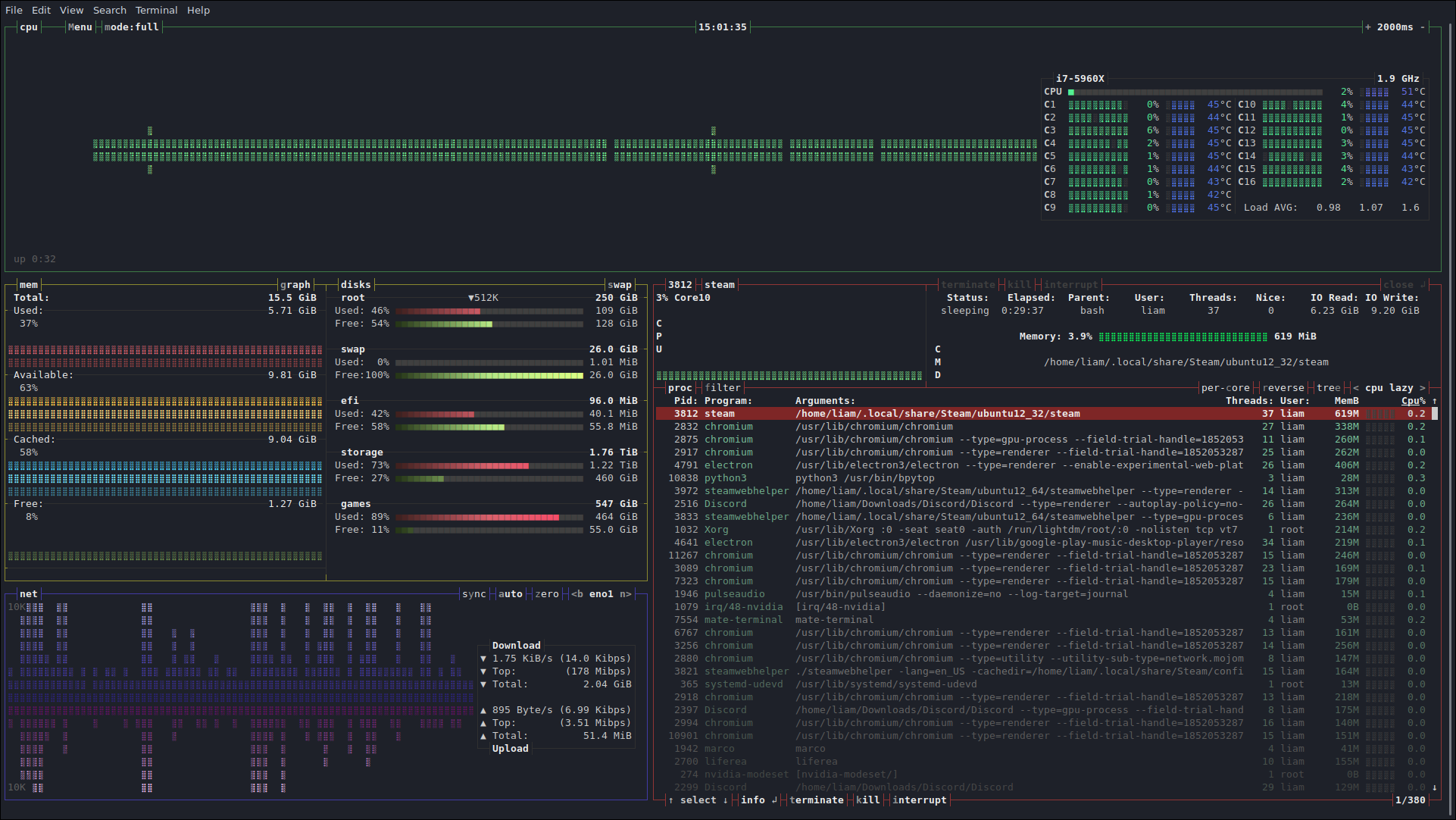 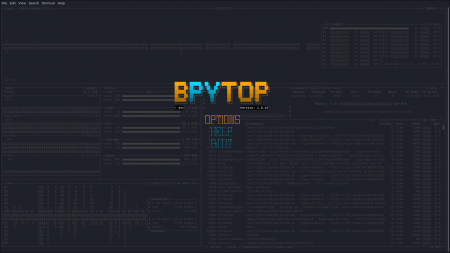 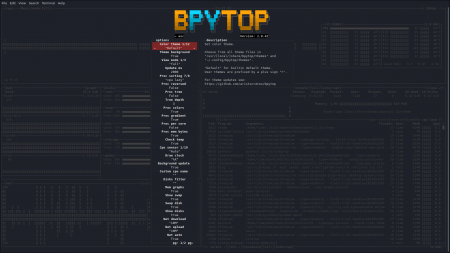 View PC info
wow, this is exactly what I needed, I used nmon but this looks more promising.
0 Likes

libgradev 15 Oct, 2020
View PC info
Yeah I tripped across this a couple of months ago and it's my go to system monitor now

View PC info
Nice! I've been using Bashtop (which is great) and this looks like it includes a bunch of improvements on it. Bashtop is arguably a better/catchier name, though. It's extremely useful to use over a terminal SSH session.
0 Likes

syntonym 15 Oct, 2020
There is also glances, which is less flashy and has a more top-like look. It also has some more information visible per default and disk IO.
1 Likes, Who?

Quoting: brokeassbenNice! I've been using Bashtop (which is great) and this looks like it includes a bunch of improvements on it. Bashtop is arguably a better/catchier name, though. It's extremely useful to use over a terminal SSH session.

I was going to ask how this is different from bashtop, as they both look pretty.
0 Likes

Quoting: slaapliedjeI was going to ask how this is different from bashtop, as they both look pretty.

Looks like it's the same person who was developing bashtop. This is a quote from their GitHub that Liam touched on:

QuoteIt's a lot faster and about a third as cpu heavy and has more features, including:

It's also a lot easier for me to bug fix and it's the project I'm actively working on, so please try to migrate to bpytop.

That's maybe the best ever written python application.
2 Likes, Who?

Do people just not bother reading the article any more or what?
11 Likes, Who?

Welcome to Gaming on Linux