Vintage Story has a huge new version almost ready to release, with a couple of Release Candidates going up for the 1.14 release and it's looking awesome.

This is the survival game for those of you who love the blocky style of Minecraft but want something deeper, something much more complex and exciting. With full Linux support, Vintage Story is a good choice and the developer is definitely dedicated to their idea.

With the 1.14 update pulling in lots of often requested features including character customization, the "Steel Age" along with assorted items to build like a metal door and a mechanical powered Pulverizer building that can grind down things for you which looks awesome. Your body temperature now matters more too with clothing giving warmth, frost damage during harsh winters, lots of new blocks, new graphics with shader effects and lots more. Check out the new trailer: 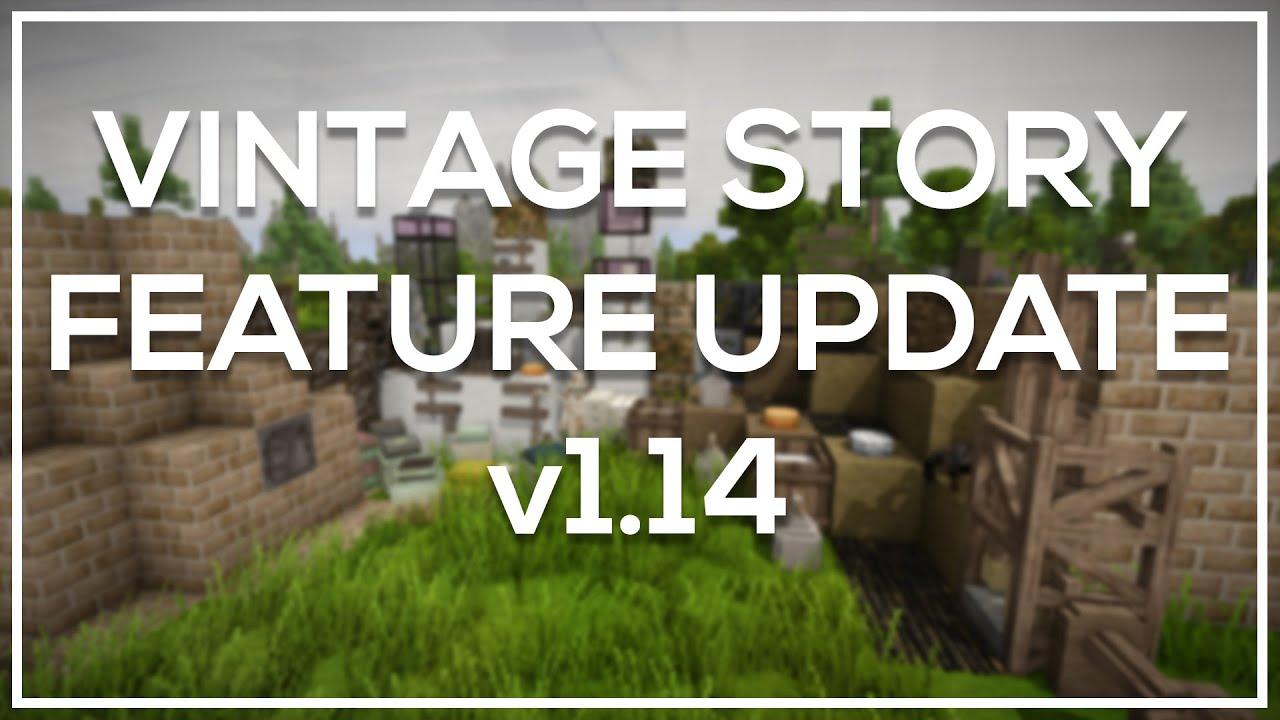 I have to admit though, I still haven't gotten very far despite dumping a good few hours into it now. Vintage Story is a slow game, one for people who don't like how other games rush through things. It's weirdly relaxing too. Although, with the new enemies shown off the exploration and combat is certainly about to get a whole lot more interesting. Scorpions with a sawblade on their tail - what the hell? You can find the full update notes here.

Once this update is out, the developer will be moving onto expanding the game in other areas. They have a poll up on their forum for users to vote on new features, and it looks like the "Homesteading" update is going to win which will bring in: fruit trees, alcohol, improved meals, more animals, more crops, birds, animal leashes and pies for the 1.15 update.

You can buy it from Humble Store and the official site.

About the author - Liam Dawe
I am the owner of GamingOnLinux. After discovering Linux back in the days of Mandrake in 2003, I constantly came back to check on the progress of Linux until Ubuntu appeared on the scene and it helped me to really love it. You can reach me easily by emailing GamingOnLinux directly.
See more from me
Some you may have missed, popular articles from the last month:
The comments on this article are closed.
8 comments
Nick_Avem 24 Nov, 2020
View PC info
Looks really neat. Giving me real Rustic/tinkers construct vibes which is def a good thing!
0 Likes

View PC info
Not into crafting game but I like what I'm reading. Let's see if anyone else in my home is interested.
1 Likes, Who?

Oh, i said it already each time there are news about Vintage Story ?

Quoting: TcheyBest game of its kind !

Oh, i said it already each time there are news about Vintage Story ?

I was gonna write the exact same thing again too. Amazing game!
0 Likes

View PC info
Would those who play mind answering a few questions?


I'm beginning to seriously think about maybe getting this game.
1 Likes, Who?

View PC info
I will buy it when it is launched on Steam
0 Likes
Korhaka 26 Nov, 2020
mmmmmm pies.... ahem.. Been playing the game again lately, only briefly on the RC versions of 1.14, most of my time is playing the previous 1.13 which is still pretty good, just gone through Autumn and starting to get a little bit of snowfall from the start of winter. Looking at the 1.14 update adding steel looks like ill need more fuel, has me thinking similar to Saruman - The forests of fangorn are at our doorstep, burn it!


Edit: Replies to questions above

-- What does "death" mean for a character? What happens?
You can set this when making a new game, options are drop items on death (like minecraft) and keep items on death.

-- I'm not really into PvP play. Is it possible to find PvE only multiplayer servers?
Yes, running the following command lets you turn PvP off /serverconfig allowpvp false

-- Are there (m)any free servers available for online play?
I have not played MP yet, but I know on the discord there are a few people who mention running servers. Still trying to get my friends to play before I run a private server for us.

-- Is it possible to play local singleplayer without setting up a server? Or if a server must be set up, how I-don't-know-how-to-set-up-servers friendly is it?
Single player is fine, you just go single player on the main menu and create new world. You can also create ad-hoc multiplayer while in a single player game. I think they said they estimate this works for about 60% of people without any other config to play with friends, otherwise you may have to open ports on your router.


Last edited by Korhaka on 26 November 2020 at 10:58 am UTC
2 Likes, Who?
While you're here, please consider supporting GamingOnLinux on: