Space Otter Charlie is a Zero-G platformer puzzler with cute characters and visuals, odd weapons and it looks thoroughly charming. It's due out later in this year.

Currently in development by Wayward Distractions, a group of game development veterans from the likes of PopCap Studios who you might know from titles like Bejeweled and Plants vs Zombies. They've teamed up with The Quantum Astrophysicists Guild for publishing now too.

"With humanity gone, it’s up to the otters to save animal-kind from an inhospitable Earth. Join Charlie and his ragtag crew of critters on a daring mission through Otter Space as they search for a new planet to call home. Explore derelict space stations, battle unhinged robots, and enjoy some otterly terrific puns as you jump, float, and fly through over a dozen levels of furry fun."

Have a look at the early preview below: 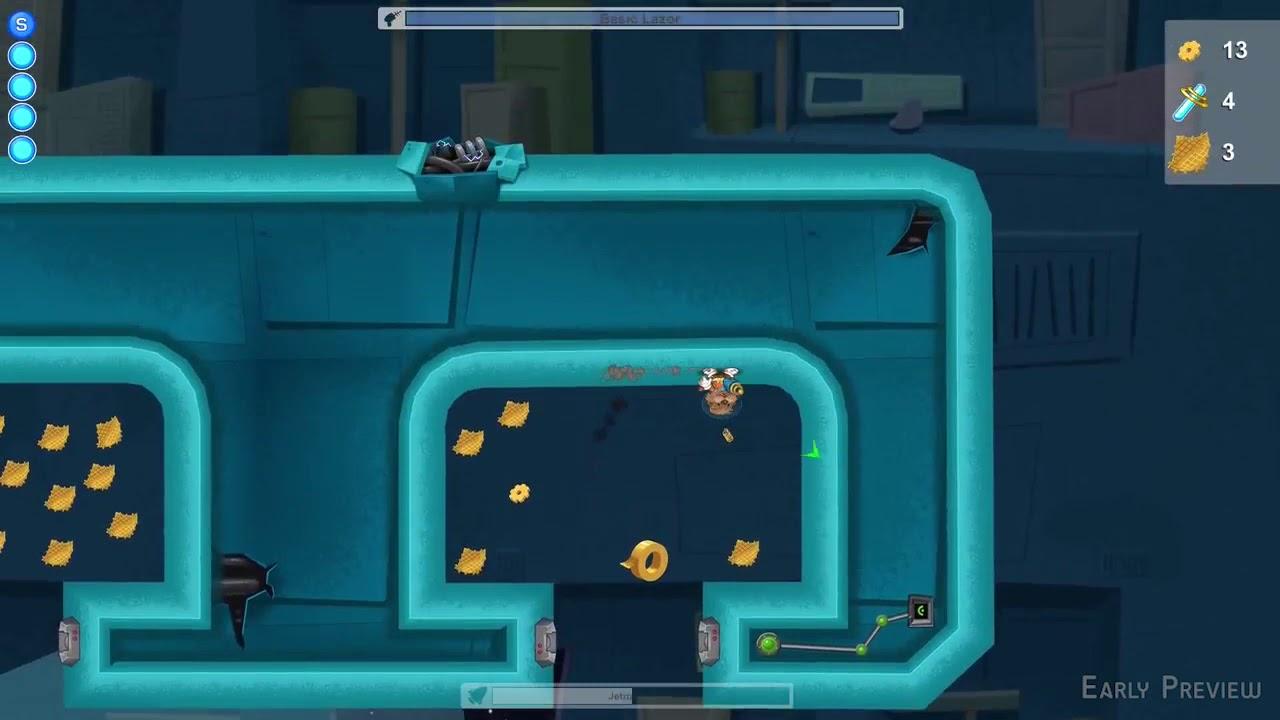 “While I was playing around with zero-g prototypes, the fluid motion reminded me of Feeding Frenzy, which was the first game I created like a hundred years ago. I’m not the first person to realize this connection - NASA trains astronauts for spacewalks under water. I started thinking that sea creatures could probably adapt more quickly to the strangeness of Zero-G than humans could. Blend that realization with a zero-g game prototype and a long time love of sea otters, and you’ve got Space Otter Charlie.”

We spoke with The Quantum Astrophysicists Guild, who confirmed that "SOC will be supporting Linux on release! The Steam page is a little spartan as we have other platforms to announce in the coming weeks.".