Inspired by Hollow Knight, Crowsworn becomes one of the most funded Kickstarter projects

It's not really surprising that the metroidvania action-platformer Crowsworn got funded but it is a surprise to see just how popular their Kickstarter campaign had become.

Not surprising it being a success since Hollow Knight is a very clear inspiration and Hollow Knight is a massively popular game. Crowsworn looks a fair bit like it (and that's being kind) and so more of the same is a good thing right? Playing something similar to what you love without being exactly the same. For a lot of people, that's comforting and makes it easy to get into. 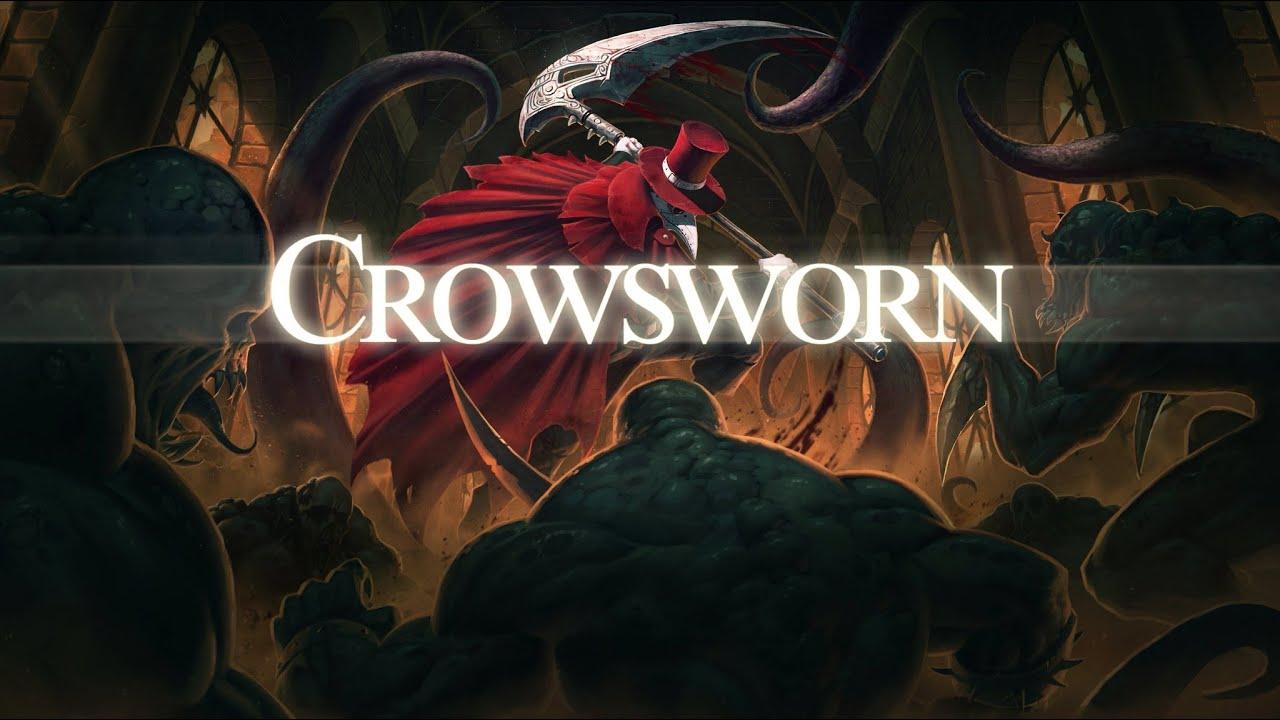 What's surprising though is just how successful the Kickstarter campaign ended up being, with it now finished the team at Mongoose Rodeo ended up with CA$1,258,048 (about £722,224 GBP). This puts Crowsworn into the top 50 most-funded video games on Kickstarter beating the likes of Divinity: Original Sin, Pathfinder: Kingmaker, The Banner Saga, Hyper Light Drifter and hundreds more - just to give you an idea of the popularity here.

Since they reached well over their funding goal numerous stretch-goals were unlock for additional content including a Boss Rush mode, a Nightmare Mode, Voice Acting, a free DLC, Animated Cutscenes, an Alternate Ending and more.

You can follow Crowsworn on Steam. The full launch is aimed sometime in 2023 with Linux support.

denyasis 10 Aug, 2021
View PC info
First thought... Where did the character hide that scythe in the opening animation?!?!

I wonder if they hired the same artist(s) from the Hollow Knight devs?

Either way it looks cool, just gonna be hard not to compare it directly to hollow knight, which is a tough act to follow
0 Likes

Quoting: denyasisI wonder if they hired the same artist(s) from the Hollow Knight devs?

Can't speak for artist but they did hire the same marketing person, Leth.
1 Likes, Who?

View PC info
I followed this campaign and backed it, so I'm really looking forward to play the game once it's out in around two years. It became a crazy success, and I too was surprised to see how much they gained towards the end. They ended up getting almost exactly 10x the original funding goal, which is nuts.

None of the developers are from the Hollow Knight crew, but the marketing person Leth is. Team Cherry themselves backed the game, which was cool to see. Obviously there are many similarities, but I think it's sort of silly with all the people saying it's a copy/etc. All metroidvanias have a lot in common, and this game is no different. The 2.5D style works well, and most platformers kinda look the same to an extent.

The gameplay in Crowsworn seems to be faster than Hollow Knight, at least from the little we've seen so far, which is an aspect I'm actually concerned about. Having backed it, I naturally hope I'll actually be able to enjoy it, and not just look at reload screens after dying a thousand times. Hollow Knight was great, but it was also bottomlessly frustrating at times (many, oh so many times), so I hope this won't end up being even more difficult.

Meanwhile, we'll probably get some news about Silksong at some point, which I hope will live up to the hopes and dreams of people as well :) Hollow Knight will be a very tough act to follow, both for Team Cherry and Mongoose Rodeo.

View PC info
As an side, from what was said they were also close to signing a deal with GOG for getting the game there, which is great news for those of us who shy away from steam. They also said the game will get a native Linux release, which I was very pleased about

that, in my mind, is a strange way to describe this title.

I'm all in for the game getting released smoothly. Still, I can't help but think the two are identical. Apart from being faster, as Pangaea already mentioned, both games look very the same. Again, this doesn't bother me but I'd also like to see some things unique to the game as well.


ps: I also hope that the entire game won't feel like a speedrun.
0 Likes
While you're here, please consider supporting GamingOnLinux on: