Raspberry Pi 4 gets a graphics bump with Vulkan 1.2 conformance

Are you still enjoying your Raspberry Pi 4? Well, there's a graphics bump coming thanks to all the work in the drivers with it hitting Vulkan 1.2 conformance.

Writing in an official blog post, Eben Upton noted that they continue to press ahead with improving Vulkan support since OpenGL is rather old now and Vulkan is just the future. The update isn't available yet but people from open source consulting firm Igalia have been working on it, with Vulkan 1.2 conformance hit and merged upstream into Mesa ready for a future Raspberry Pi OS update.

An example they showed is that the Deferred Shadows Sample from Sasha Willems is now working: 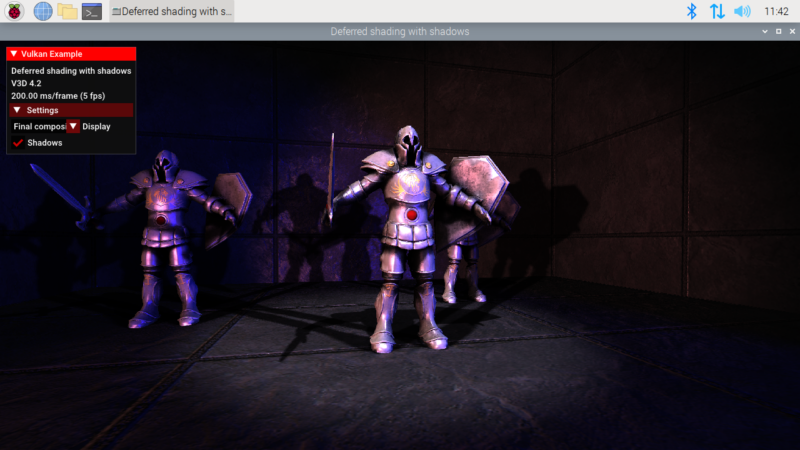 What does having proper support for Vulkan 1.2 mean? Well, more advanced and modern features of Vulkan should see more apps and games working on the Raspberry Pi 4! In addition to Vulkan 1.2, work has also been ongoing to support various extensions and Vulkan 1.3 along with bug fixes and performance improvements.

Support for Android has also been improving too with unofficial builds of LineageOS.

View PC info
It's nice to get this.

But probably, Raspberry Pi 4 would be more usable if they manage to make video playback drivers work natively in 64 bit.
1 Likes, Who?
While you're here, please consider supporting GamingOnLinux on: