If there's one thing I can't get enough of, it's shooters. Gloriously bloody shooters that like me tear through enemies and Apocryph [Steam] has plenty of that. Inspired by the likes of Hexen, Heretic, Painkiller and Strife which is clear from the style as well as the gameplay. 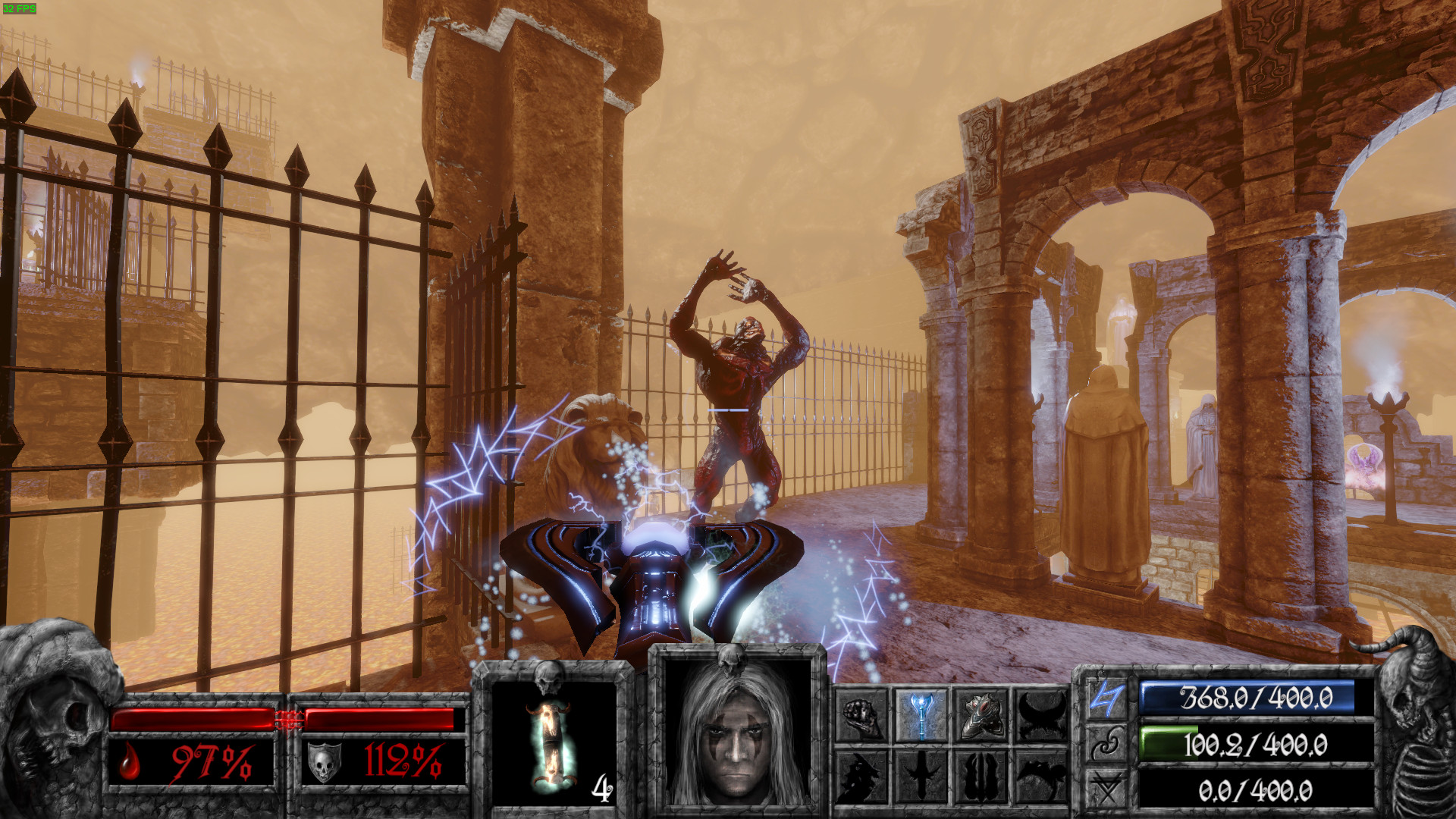 One thing I was worried about when they released the Linux test build was performance, which I'm sad to say they haven't really made any improvements on. If a first-person game like this is struggling to hit even 40FPS with a decent processor and graphics card, the developer has serious work to do.

They also misslabelled one of the controls in the menu, which claims you can crouch but it actually makes you sprint forward. The AI is bloody stupid too, all they ever seem to do is making a straight line towards you to their death. Some of them, like ranged enemies might sometimes try to get a little distance, but half the time they ended up facing a wall. Other enemies also sometimes seemingly got stuck, as they just stood there while taking a beating. 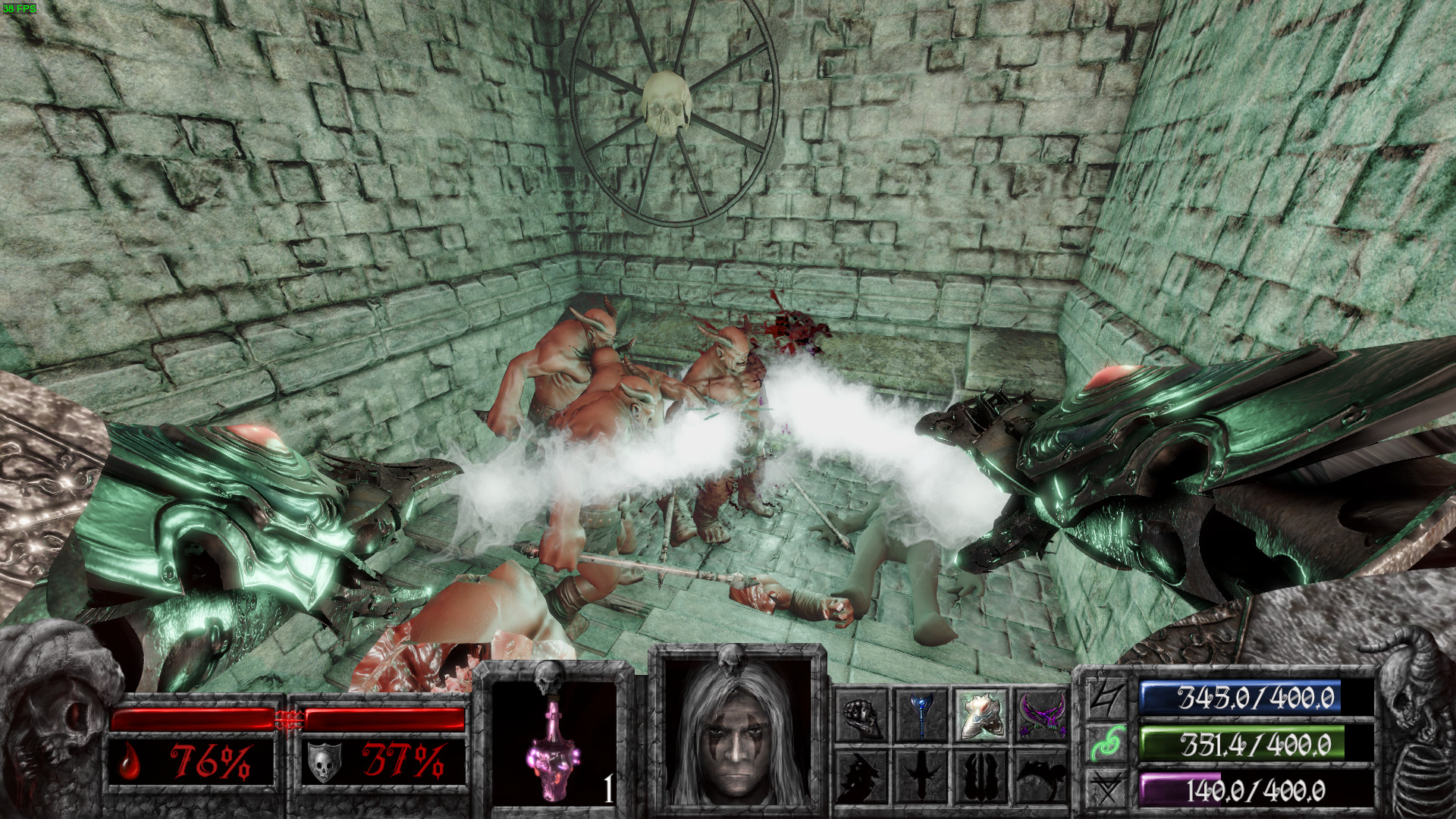 On top of all that, the keyboard input doesn't feel quite right, possible some Unity issues like other games have had recently. Sometimes it seems to hold an extra key press, feels sluggish and just not good. I've noticed others have also seen these problems. Then when you die, even if you have a saved game, the continue button just doesn't seem to work. This brings me to the next issue, the brightness and contrast gets messed up when you load a game making it a lot darker than it's supposed to be, with no way to re-adjust it.

The developer said they're working on a content update planned for around the end of this month and they told me they're are hoping to continue to expand it with free updates after that too. I'm glad they're going to continue working on it, as right now it's a bit of a missed opportunity. It has some great presentation, some rocking music but as a whole it ends up feeling quite sloppy due to how extremely rough it feels. At one point, the language suddenly switched to Russian too, which was weird.

Article taken from GamingOnLinux.com.
Tags: Action, FPS, Indie Game, Steam
9 Likes, Who?
We do often include affiliate links to earn us some pennies. We are currently affiliated with GOG, Humble Store and Paradox Interactive. See more information here.
About the author - Liam Dawe

View PC info
Your input issue, is it like you press something, release it and then a second after the same action is repeated for a small time? I got this in hollow knight a week or two ago (with a ps4 controller, not sure if it affected anything else), and it turned out to be something broken in steam as there was just a new beta update. Opting out of beta fixed the problem.
0 Likes

View PC info
Yeah, the Steam page is full reports like that.
What a mess.
And what a shame.

Guess we'll have to wait some more for a proper next Painkiller.
1 Likes, Who?

View PC info
Nice, but unfortunately Steam only. itch.io has only the Windows demo: https://bigzur.itch.io/apocryph

ShmerlNice, but unfortunately Steam only. itch.io has only the Windows demo: https://bigzur.itch.io/apocryph

If you haven't already you can vote here for a DRM free release:

It's not Itch but it's something.
2 Likes, Who?

View PC info
I don't get it why they can't release it on itch, if they even already have a page there. GOG would be nice, but it's a more complicated process normally.

EDIT: Looks like you guys beat me to it.

View PC info
Just letting you know.. Strafe: Millennium Edition is on chrono.gg right now (23 hours left) at 53% discount. Thinking it highly likely that I'll grab Strafe before the end of the day.

It's a shame that Apocryph is looking somewhat disappointing at the moment.

With this everyone should be happy, this will give you time to develop the game and gain trust from your clients and in addition you will have more sales.

Most of the developers thing that there game will become the game of the year or it will be like PUBG or Fortnite or Cuphead.
Is not easy but also is not impossible Apocryph had the potential to do this but at the moment they screw it up, hopefully they will learn from their mistakes and do their best to fix all the issues like Slain:Back from hell.
1 Likes, Who?
ison111 11 May 2018 at 8:40 am UTC

View PC info
Why are so many modern engines having trouble with input?
Are they just so loaded up with layer upon layer of abstractions, filters, and post processing that they can actually lose track of whether simple keyboard and mouse inputs are being properly processed or not?
This seems like an issue that almost no oldschool games had, and it's slowly been getting worse and worse with each new generation of engines.
1 Likes, Who?

View PC info
Sadly, no update to this game since v1.04 back in late June. There is dev silence in the Steam forum and it's beginning to look abandoned :-(
0 Likes