Dwarf Fortress is coming to Steam and itch.io with enhancements, some info about Linux support

It was announced earlier this week that Dwarf Fortress was coming to Steam and itch.io, including a bunch of enhancements. What wasn't clear, was the Linux support for this newer edition. We now have some info on that.

Firstly, this brand new edition will come with "a new tile set, and generally enhanced graphics and audio" as well as Steam Workshop support. You can see their trailer about it below: 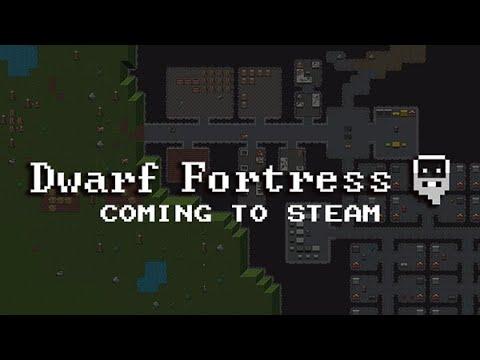 Rather than post up an article where we didn't have a clue, we thought it best to wait and see on this one. We did try speaking to Kitfox Games, who are the publisher of the newer release but they didn't really have an answer at the time.

We also reached out to the developer Bay 12 Games at the same time who have now been a bit clearer:

The free version has a Linux release, and the Steam version is planned to use very similar code, so this is on the table -- my current issue is that I'm using a virtual machine that is a bit slapdash and I need to invest in a better option in order to be able to test/work with the graphics properly. This is the only reason we haven't promised a Day One Linux version (OSX for similar reasons.) I'm confident we can figure something out, even if it takes a bit of extra time. Whether or not it works with all Linux flavors etc. has also been an ongoing issue, naturally, but at least what we've got now in the free one should be portable.

Based on that reply, we've offered a hand at testing Linux versions if they need it.

Why is it going to Steam and itch.io after all this time? Healthcare and the cost of it. While they've been supported by the Patreon campaign for some time now, they're hoping the new release will give them some needed stability.

People who decide to stick with the Classic release, will still get new features as the free version isn't going to suddenly go away so it will still be available and updated from the official website as always. They also said that "modders will also be able to utilize the new graphical capabilities" which should be interesting.

You can follow it on Steam here and itch.io here.

View PC info
I've already wishlisted it, although I can't see myself moving away from the traditional version even if the new version does come to Linux. I'll still buy it once it comes over, just to support the dev.
1 Likes, Who?

View PC info
Wow
Poor guys.
Hope they get the healthcare they need :(

Kinda sours my joy the game is relased on steam to know the devs are sick. This game was a min cult phenomenon for how unique , diffuclt and expansive it was.
3 Likes, Who?

View PC info
I never really expected Dwarf Fortress to ever officially use anything besides ASCII art. I suppose I ought to use this as an excuse to finally properly try the game out.
Didn't know the dev was having health issues. I'll definitely try to throw some funds their way when I can.
1 Likes, Who?

View PC info
I've been thinking about tracking down a used i7 machine or something similar and sending it Tarn's way. I might email him here soon about it.
4 Likes, Who?

View PC info
For those weirdos like me who learned to play using the ASCII art and can't actually play with any sort of graphical pack, I asked on the Patreon page about the possibility of having ASCII as an option and got a reply saying that that's a planned feature. :)
1 Likes, Who?

Quoting: BotonoskiI never really expected Dwarf Fortress to ever officially use anything besides ASCII art.

It's supported tilesets for years. There's hundreds of different sets available if you don't like ascii.

Quoting: GamewizardI've been thinking about tracking down a used i7 machine or something similar and sending it Tarn's way. I might email him here soon about it.

I wonder if I would be worthwhile to pitch in together and buy them a cheap computer with Linux pre-installed. Have it ship directly to the developers from a store in their country to cut shipping costs.
3 Likes, Who?

Quoting: GamewizardI've been thinking about tracking down a used i7 machine or something similar and sending it Tarn's way. I might email him here soon about it.

I wonder if I would be worthwhile to pitch in together and buy them a cheap computer with Linux pre-installed. Have it ship directly to the developers from a store in their country to cut shipping costs.

Maybe a crowd funded one from System76 ?
3 Likes, Who?

Quoting: BotonoskiI never really expected Dwarf Fortress to ever officially use anything besides ASCII art.

It's supported tilesets for years. There's hundreds of different sets available if you don't like ascii.

Well I new it supported tilesets, I just never thought the vanilla game was ever going to use anything besides ASCII and tilesets were just gonna remain as part of the game's modding scene.
1 Likes, Who?

View PC info
I'm actually looking forward to this. Dwarf Fortress has always been such an opaque game to me, with too many stuff to do just to get everything to look okay.
0 Likes
1/2»
While you're here, please consider supporting GamingOnLinux on: