Hellpoint, the dark future action RPG has been fully funded 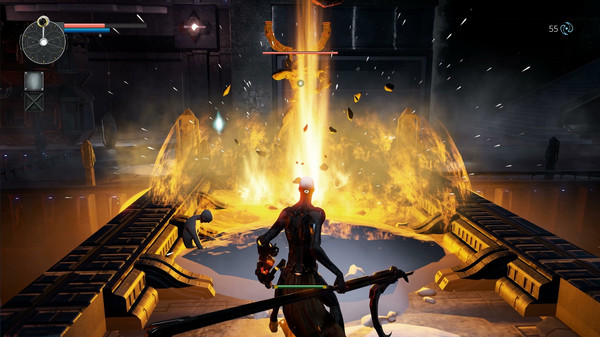 With not many hours to spare, Hellpoint, a dark future action RPG that will fully support Linux has been funded on Kickstarter. They've hit CA$ 53,043 with 14 hours left!

This is great, we need more decent 3D action RPG type games on Linux, so to see this fully funded is really good news. One of the few developers that seems to understand the Linux community too, reaching out to gather testers and being responsive to feedback.

I tested it out myself and it does seem pretty good. Graphically impressive, with a style a bit like the console game Destiny, but I do hope they work on the controls. It feels slightly clumsy, but it is only a tech demo to show it off. Feels pretty good with a Steam Controller too.

Also, if you haven't already, check out their demo on Steam. Well worth a look! It's due for general release sometime around March next year, so it has a while to evolve into a full game.

About the game
Hellpoint is a dark sci fi action RPG set in the aftermath of a massive quantum cataclysm. Every living being quickly lost their mind as their memories and bodies were merged with alternate versions of themselves from parallel universes. The accident also attracted entities of immense power that should have been left alone, in the depth of other dimensions.

You play as a mysterious nameless character whose intentions are entirely determined by your choices. You wake up in the derelict Irid Novo space station, in orbit around a super-massive black hole. Article taken from GamingOnLinux.com.
Tags: Action, Crowdfunding, Demo, RPG, Steam
5 Likes , Who?
Share

View PC info
Good news! And thanks to the link to the Kickstarter page I (finally...) found the non-Steam link to the demo :)

Unfortunately it segfaults when I try to run :(
But I'm not impatient. I'll wait for the final one next year :D
0 Likes

View PC info
I gave it ten minutes to see how it faired, and I guess it's a lot like the Souls games. Died three times, and that made it quite a lot more exciting than I thought it'd be. The controls do feel extremely slippery though and therefore you feel like your opponents get an edge just because your keyboard didn't work the way you meant to (to be fair, on the main steam page it says that a controller is recommended).

I'm excited for this one and will definitely keep my eyes open for updates.
0 Likes

bubexel 9 May, 2017
View PC info
Doesn't work on my computer, i see the logo of unity and then back to desktop without any kind of message of error.
0 Likes
FutureSuture 9 May, 2017

View PC info
I will definitely keep an eye on this as it will be the first 3D game akin to Dark Souls to hit Linux. We have received some 2D games akin to Dark Souls, but never 3D. If the big publishers won't deliver, then the independent developers will.
3 Likes, Who?

View PC info
It's got potential, but it definitely needs a lot of work, especially the controls, which feel super... floaty and unresponsive.

View PC info
My fan out of control, after 10 mins of demo
0 Likes

Quoting: UrgickMy fan out of control, after 10 mins of demo

You can treat this slightly by toggling vsync using the 'Y' key. Sadly, the game won't remember the setting on launch.