Indie FPS ‘Vengeance’ has a huge update, starting to actually get fun now

Always on the lookout for a new FPS that supports Linux, with ‘Vengeance’ [Steam] being something I’ve followed for a while. It’s just had a big update and I actually found it quite fun.

Note: ‘Vengeance’ is in Early Access, so it’s not finished.

While we have games like Team Fortress 2, Counter-Strike, Ballistic Overkill and so on. Nothing has ever really hit that real sweet spot, especially since I spent years playing Call of Duty online before committing myself to Linux gaming.

To my surprise, I ended up playing it for a good hour without realizing. I was running around gunning people down, picking up their weapon and moving onto the next while enjoying my little killing spree.

I decided to capture a little gameplay, to give you an idea of how it runs: 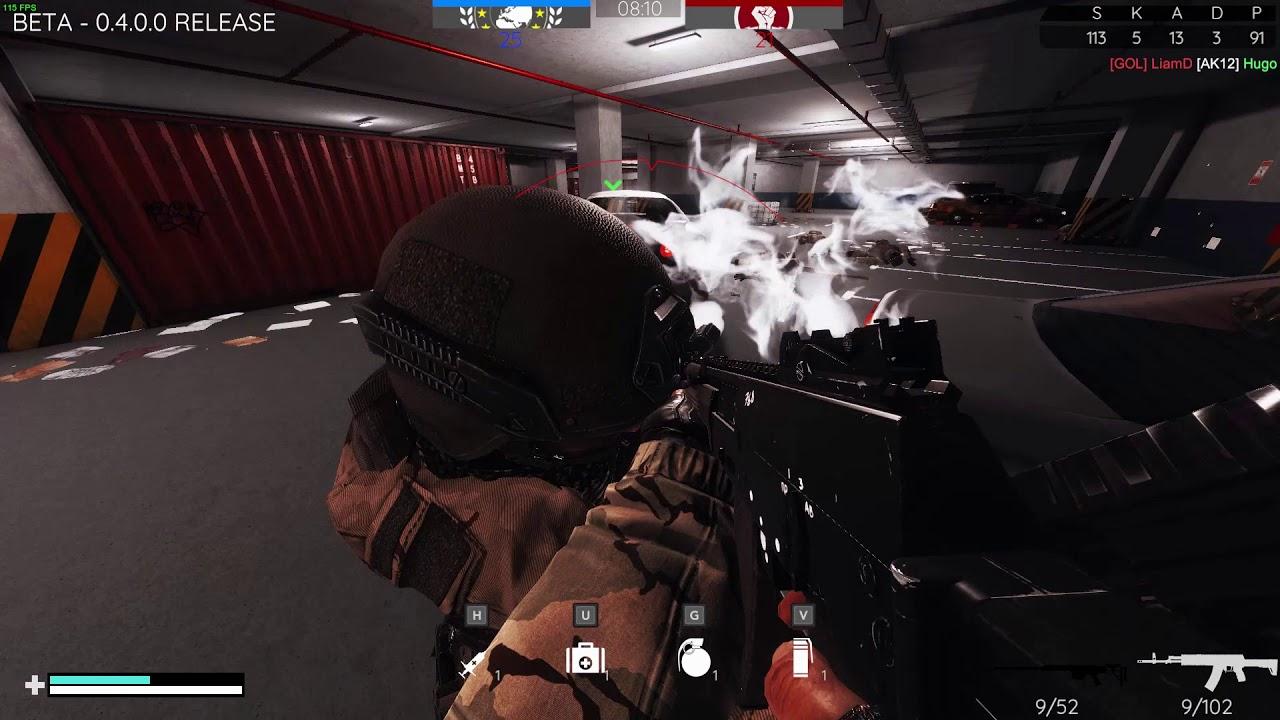 Honestly, this is the closest I’ve felt to classic Call of Duty online gameplay on Linux. Lots of rough edges of course, but it’s finally showing some serious promise.

With a few more maps and game modes, along with a couple more months to a year of overall refinements while it's in Early Access, this might actually turn into something great. It has a low player-base right now, but it does support bots so actually playing it isn’t really an issue.

Article taken from GamingOnLinux.com.
Tags: Early Access, Action, FPS, Indie Game, Steam | Apps: Vengeance
7 Likes, Who?
We do often include affiliate links to earn us some pennies. We are currently affiliated with GOG and Humble Store. See more here.
About the author - Liam Dawe

View PC info
Looks like ADS is a thing and that's good but not sure I like the CoD style aiming and firing. It looks like aiming and holding down the button is the way to do it, or am I just missing something?
0 Likes

Quoting: m0nt3Looks pretty good. Is the FOV adjustable, because that looks really high.

i was thinking the same thing
0 Likes

GloriousEggroll 23 Oct, 2017
View PC info
it's looking good. would like to know if it allows sliding while running, also the smoke effect on the gun seems to get in the way of aiming a bit. apart from that it's looking solid, reminds me a bit of r6s actually
0 Likes

Quoting: m0nt3Looks pretty good. Is the FOV adjustable, because that looks really high.

i was thinking the same thing

Yep, it goes from 60 to 120 :)
0 Likes
maor26 23 Oct, 2017
I really don;t know how you could play this game.
I gave up after a few minutes because it's not comfortable to play...
They need to improve some things(most important is movement accuracy).
When you try to aim the movement is so not smooth that most of the time i can't aim at the target, and
it ruins the whole gameplay experience.
Some UI changes could also be nice.
0 Likes
ison111 23 Oct, 2017

View PC info
I don't understand. The game advertises itself as "We want to go back to a more civilized time where you bought a game and you had all of its contents."
But yet it features a level system and "unlocks"?

I guess that's not technically a contradiction as long as buying unlocks is not allowed, but still their definition of the more "civilized time" in online gaming history where you had all the games content must be very different from mine.

Quoting: ison111I don't understand. The game advertises itself as "We want to go back to a more civilized time where you bought a game and you had all of its contents."
But yet it features a level system and "unlocks"?

I guess that's not technically a contradiction as long as buying unlocks is not allowed, but still their definition of the more "civilized time" in online gaming history where you had all the games content must be very different from mine.

Most games have level systems with unlocks per level. You don't start a game at max level with all abilities.

They are referring to the aspect of paid DLCs, loot boxes/crates, content that comes with special edition weapons/armors/gear etc. (*points finger at destiny/destiny 2, overwatch, shadow of war*)
0 Likes
ison111 26 Oct, 2017

Quoting: GloriousEggrollYou don't start a game at max level with all abilities.

You do in games that don't have level systems.

I still think those level systems are nothing but gimmicks to hook the single-player audience on multiplayer games. People who just want to "beat" the online game and then throw it away. When it comes to online FPS games I personally think that's an audience which should never have been catered to in the first place, and doing so has only brought down the quality of both the games and the longevity of their communities.

By contrast consider the audience which is attracted to a game without level systems. Those would be gamers who want to face their opponent as equals and beat them or be beaten by them, and people who realize that skill is the real level system and is a far more complex thing than just experience points and a level number. And while some of the unlocks and level systems might not be so bad, you still have to consider that these are two very different types of gamers, and you also have to wonder if the developers are the type who don't understand that levels shouldn't determine skill level but maybe they designed their game to force it to be that way.