I'm incredibly excited to watch how Inner Chains [Official Site, Steam] has been progressing and now we have a proper look at some early gameplay. 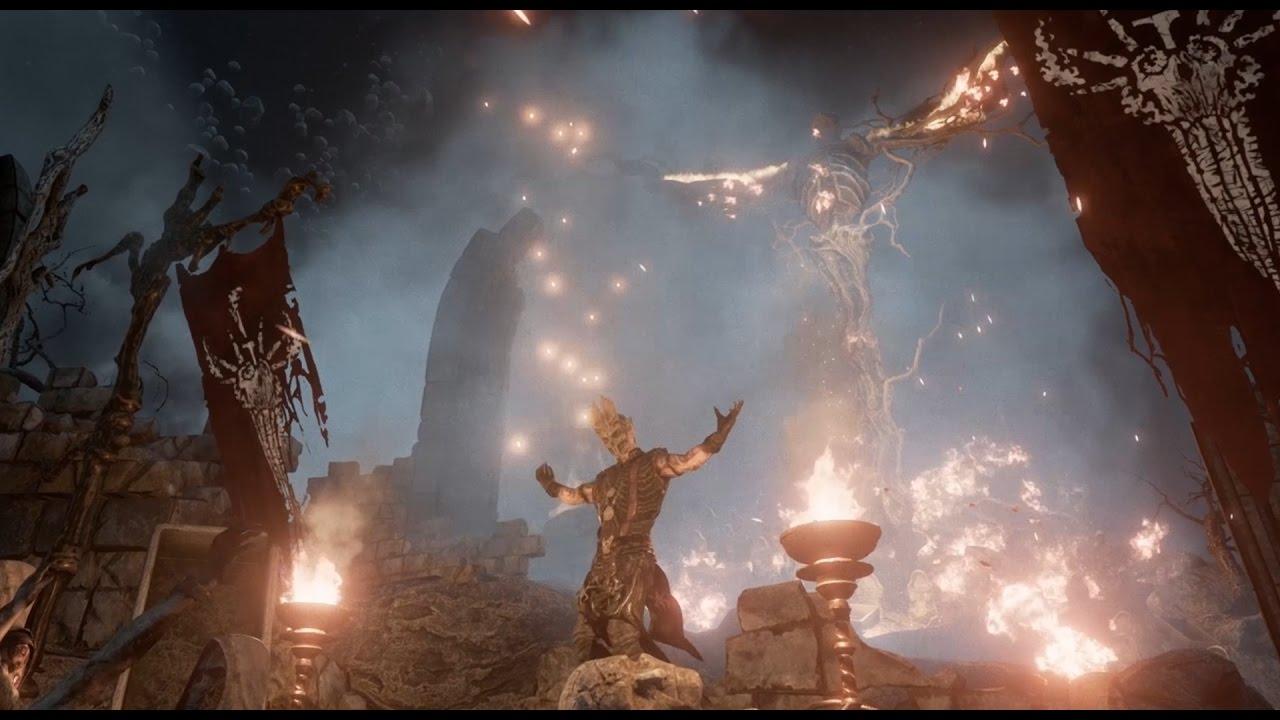 The game was funded on Kickstarter where it was given $18,708 towards development. Linux was a stretch goal, but it was set at $15,000 so they gathered well over what they requested for a Linux version.

I actually considered pledging on the Kickstarter as it looked so good, but I couldn't bring myself to do it if it was a stretch-goal. I am hoping this doesn't mean it's a low priority since they have the funding they requested now.

It's due out sometime next year.

Features
- Unprecedented ways of interaction between weapons, their users and the environment.
- A dark, biomechanical world where both fauna and flora lie in wait for your slightest stumble.
- VR Support.
- Stunning, surreal visual style.
- Deadly, intelligent and challenging opponents.
- Unusual locations with their own unique stories.
- Dense, suggestive atmosphere of terror, magnified by the great soundtrack composed by Michał Staczkun.
- Subtle thriller elements that will fill you with fear in unusual, inventive ways.
- Thrilling action combined with an interesting, hair-raising story. Article taken from GamingOnLinux.com.
Tags: Action, FPS, Steam, Unreal Engine, Upcoming, Video
8 Likes, Who?
We do often include affiliate links to earn us some pennies. We are currently affiliated with GOG, Humble Store and Paradox Interactive. See more here.
About the author - Liam Dawe

View PC info
If they follow through with a Linux version they will have my money.
2 Likes, Who?

This looks good based on that video. Although I suspect I'd prefer it more if it were just a "walking simulator" sans shooting.
1 Likes, Who?

titi 2 Dec, 2016
View PC info
UE4 game? I fear we will be disappointed again because of any kind of technical issues like "middleware" stopping the linux release.
I still want shadowarrior 2 so much which is another example of a not yet released linux UE4 game.
( I still hope the best especially because devolver digital and flyig wildhog were always very linux friendly !)

Are there many released UE4 games for linux yet?
I only found a UE4 game called "Steamroll" with linux support yet .
( https://wiki.unrealengine.com/Category:Games )

anyway looking forward for it
1 Likes, Who?

View PC info
This shows the kind of place most politicians should be banished to.
1 Likes, Who?

View PC info
drvictor666: place in "Agony" looks better for them :D. Also I wish this game on Linux too, as it seems even more brutal than "Inner Chains". However I wait impatiently for "IC".
0 Likes
1/3»
While you're here, please consider supporting GamingOnLinux on: