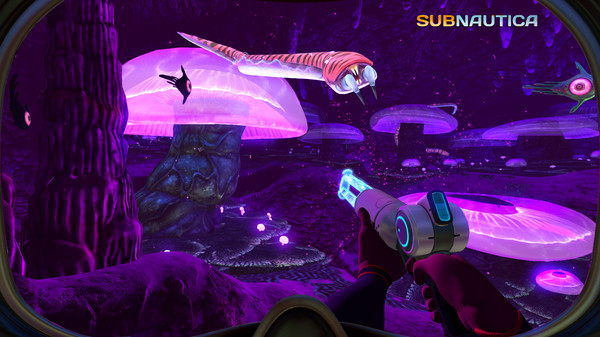 This is quite sad, it seems we have been left wondering for a while (years) about Subnautica, but a developer has now confirmed a Linux version is not being worked on.

I personally wrote about Subnautica back in 2013 where I was told:

I tweeted to them a few times over the years since then to no reply, so it is good to get some closure.

Earlier, I was tagged in a twitter post from another user which a developer claimed they had never promised a Linux version. Considering their earlier remarks, it stuck me as rather odd as it was a first priority platform around three years ago. So I reached out to find what happened.

Luckily that developer was still online and has now clarified what happened (click here for the full twitter conversation). Essentially, even though it's using Unity it is not as easy as clicking a button and they are focusing on Windows and Mac.

Sad, but we've seen this many times now. Article taken from GamingOnLinux.com.
Tags: Editorial, Steam, Unity
0 Likes
We do often include affiliate links to earn us some pennies. We are currently affiliated with GOG, Humble Store and Paradox Interactive. See more here.
About the author - Liam Dawe

Stupendous Man 24 August 2016 at 9:11 pm UTC
View PC info
Disappointing. I would have bought this game, as it seems very interesting.

Oh well, I'll spend my money elsewhere then. Seems like this company doesn't want it.
5 Likes, Who?

Well pardon my French, but no shit, really? I seriously question the intelligence of a developer that would think it was that simple.

I don't mean to be a jerk, but with how rampant this line of thinking seems to be, I'm starting to wonder if most of these developers know what the hell they are doing. Has game development become so dumbed down that any idiot can throw together a game? We've certainly heard this line a few to many times.

The worst part is that I have actually seen quite a few incompetent fools bring their "games" to Linux. It takes a special kind of stupid to completely back yourself into a corner, knowing from the beginning that you shouldn't.

I would like to apologize for my rant of a comment, but I can't be the only one who's frustrated by this.

View PC info
This is not that big of a surprise, NS2 on Linux is a crash fest, nothing ever gets fixed and they don't have a 64bit build.

I never played that game online because you don't have enough time to get more skilled: there's always an update to break it, either drivers or the game itself, I really wanted to play it and enjoy doing so, but I can't, it doesn't run often enough.

Eventually, I ended up uninstalling it, and it doesn't look like I'm going to install it again any time soon.
3 Likes, Who?

View PC info
I'm not sold yet, if they can swing one way and back they may come to their senses.

Releasing on Linux isn't only about including ever piece of the pie or capturing a cult market for PR, SEO, or entering a market with little competition to dominate a genre, it's also about immortalizing your game.

How you gonna play a N64 cartridge on a Nintendo Wii or even a Windows 98 game on a Windows 10 computer? Linux though? If you want to immortalize your game so it runs forever Linux is a sensible thing to do.

Hindsight is 20/20 - if I knew Windows or Mac was going to burn down in advance I would GTFO instead of spend the night there. If I knew a massive earthquake was going to strike I would GTFO. My professional knowledge of the computing scene has red alerts and fire alarms going crazy since Windows 8, it's time to go folks if you value your freedom and privacy and rights and have any sort of self respect.

View PC info
Disappointing but oh well. Plenty of other games worth supporting.
2 Likes, Who?

View PC info
I'm just tired of the empty promises. We have had a lot of them lately. It's down right dishonest of the developers to claim they will support our platform, and then after all the hype they dump it. In the case of subnautica, I too have tried to get them to talk to me about this game and the Linux port, and got zero responses until today.. I honestly was shocked by the fact that they actually responded and by their response.

View PC info
This seemed like a game I would probably have enjoyed . . . if they ever change their minds, I will re-consider buying it.
1 Likes, Who?

View PC info
It's kind of sad being a Vive owner. Not only is this game currently not slated to come for Linux (so no reason to buy yet), but it supports the Oculus Rift and not the Vive, so another reason not to buy it. It does look pretty cool though. Too bad.

For the earlier comment about 'any idiot can make a game now'. Yeah, pretty much. There are some 15 year olds on the Vive reddit who are making games for VR! Granted they're potentially cooler than a lot of the stuff coming out of AAA studios.
0 Likes

View PC info
unless I've missed something, this looks more like bullying.
let them finishing their game first. they've got plenty on their table. and it's not like we're lacking on games to keep us busy in the meantime. it's fairly sensible to no promise, something that may not come along.
1 Likes, Who?
1/3»