This is awesome news for those who love their shooters, as Prodeus really does look awesome and it's been funded.

Against their original Kickstarter goal of $52,500 they managed to get more than double, which really is impressive, although I'm not surprised. Retro-themed shooters have been having a resurgence lately and I am perfectly okay with this.

As a reminder, it's confirmed to be releasing for Linux. As their FAQ states in reply to a Linux question "Yes! For Early Access, we are targeting Windows , Mac, and Linux" so they're using "PC" correctly in this instance when talking about platforms, nice to see of course. The Early Access release is targetted for sometime this "Fall" so it's not too far off for those excited by it. Don't remember it? Take a look at 12 minutes of footage taken from it: 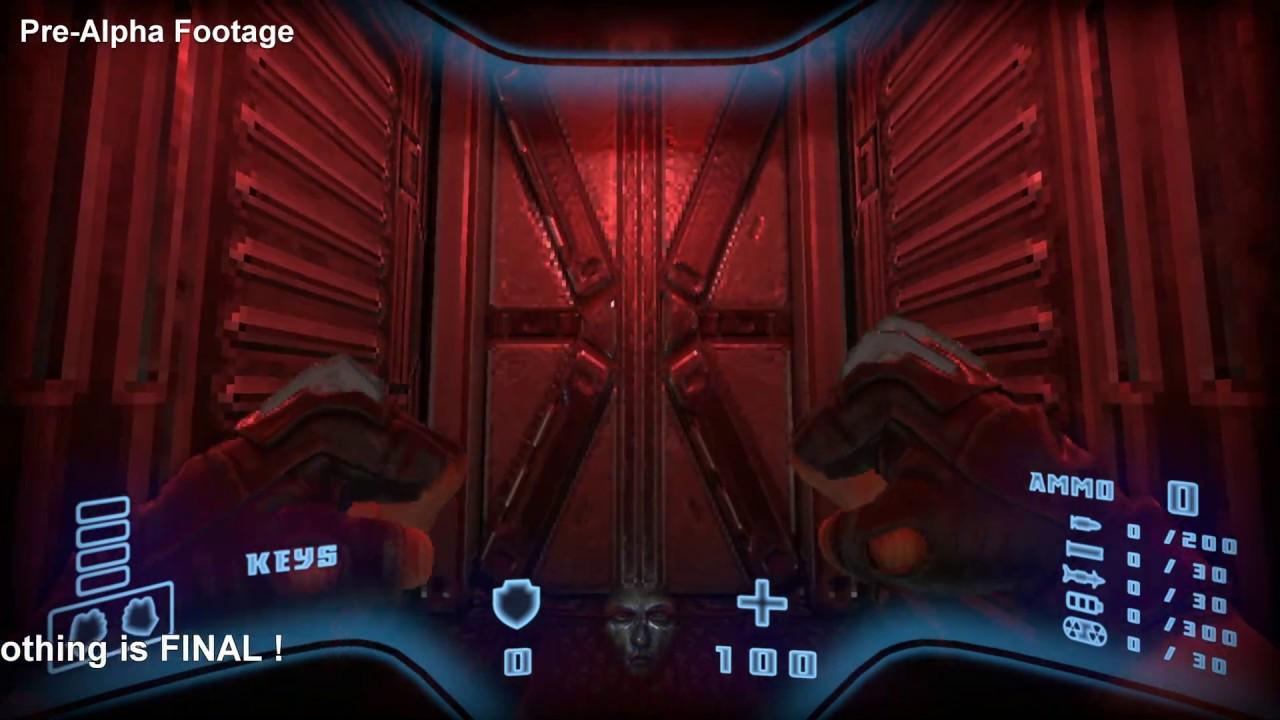 Thanks to how high their final funding was, they've blasted through some stretch-goals. The special goals locked behind specific amounts of funding, to add in extra features. These extras coming include cheat codes, a survival mode, custom server settings for multiplayer, more music and a climate system for weather effects plus more.

For those not overly keen on lots of blood (or those who want more?) they will have that as an option and it seems a bunch of the retro effects in use will also be optional, so there's going to be quite a bit of wiggle room to tweak it how you like it which is great too.

I didn't even realise it was getting multiplayer until going over it again today, now I am even more pumped to see this coming to Linux. What a time to be alive!

You can see the original Kickstarter page here or head on over to the Steam page to wishlist and follow it.

Quoting: PatolaThis one seems a lot more polished than other retro games. I guess 'retro' will continue to evolve until we have 'retro' shooters that look like Battlefield V?

Yes, I think so. Then the cycle stars over again.

View PC info
Wanted to support it but seems Kickstarter still have not added alternative payment models after all these years...
0 Likes

View PC info
First time I've backed something on Kickstarter! Gotta take a chance sometime?
Prodeus already looks to be in a playable state with a working map editor. :)
1 Likes, Who?

View PC info
This looks like the Doom we deserve. Wishlisted.

niarbeht 27 Apr, 2019
I think they need to decide whether their art is using Quake I or Doom as its basis. They're going for 2.5D by pretending their guns and enemies are sprites, but the environments are clearly 3D and not raycast. I personally think they should pick one or the other, and not do the mix-and-match thing, but that's me.
0 Likes

Quoting: ThreeEightySixI'll avoid wishlisting it, and I recommend everyone do as well, until it's a valid Linux platform. Otherwise, the way I understand it, if you wishlist a Windows game it affects Steam's analytics. Represent!

No, this is incorrect.

Set your Steam platform preference to Linux and games will count as Linux wishlistings!
https://www.gamingonlinux.com/articles/a-reminder-about-steams-platform-specific-wishlist-feature-you-should-be-using.13617
2 Likes, Who?
While you're here, please consider supporting GamingOnLinux on: