Road Redemption a spiritual successor to Road Rash for Linux!

Road Redemption takes the motorcycle combat-racing gameplay, pioneered by the Road Rash series, to the next level. 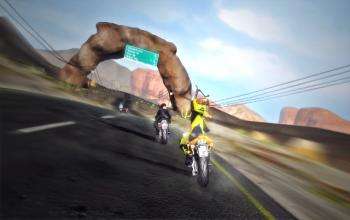 The Road Redemption team has been hard at work since early 2012, though preliminary design work started as far back as 2009.

Well this is certainly a nice change to see from all the puzzle and platformer games recently, especially for me since Road Rash is a game i spent many hours on as a young man. I had it for Sega's Mega Drive console and also for the original Playstation as well for the 3D version so for me this is very exciting!

They are looking to get help on Greenlight as well so if you like the look of it be sure to go and give them your vote!

I am the owner of GamingOnLinux. After discovering Linux back in the days of Mandrake in 2003, I constantly came back to check on the progress of Linux until Ubuntu appeared on the scene and it helped me to really love it. You can reach me easily by emailing GamingOnLinux directly.
See more from me
Some you may have missed, popular articles from the last month:
The comments on this article are closed.
2 comments
fainec 22 Apr, 2013
Wow, that fantastic !
0 Likes

View PC info
So cant wait. I loved road rash to death. This is going to be awesome.
0 Likes
While you're here, please consider supporting GamingOnLinux on: