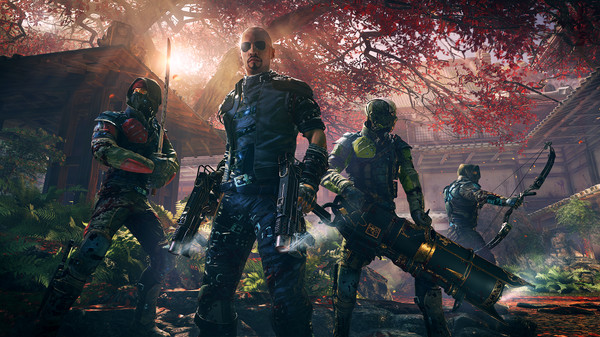 About the game
Shadow Warrior 2 is the stunning evolution of Flying Wild Hog’s offbeat first-person shooter following the further misadventures of former corporate shogun Lo Wang. Now surviving as a reclusive mercenary on the edge of a corrupted world, the formidable warrior must again wield a devastating combination of guns, blades, magic and wit to strike down the demonic legions overwhelming the world. Battle alongside allies online in four-player co-op or go it alone in spectacular procedurally-generated landscapes to complete daring missions and collect powerful new weapons, armor, and arcane relics of legend. Article taken from GamingOnLinux.com.
Tags: Action, FPS, Steam
0 Likes
Share

Quoting: hardpenguinThe Steam depots are in place, so I don't think it is cancelled or anything like that ;) And a delay is not a tragedy for minor platforms.

Well all know games that have depots that we are waiting on though, having a depot doesn't really mean all that much any more, indicator yes, but with them silently removing Linux info :(
1 Likes, Who?

t3g 2 Sep, 2016
View PC info
Who buys games on day one anyways? They are usually buggy, require multiple patches, and has content locked behind paid DLC and season passes. Plus, there are Steam and GOG sales in addition to G2A and Kinguin.
1 Likes, Who?

Quoting: t3gWho buys games on day one anyways? They are usually buggy, require multiple patches, and has content locked behind paid DLC and season passes. Plus, there are Steam and GOG sales in addition to G2A and Kinguin.