Silicon Zeroes, a puzzle game where you end up designing a CPU has Linux support

Silicon Zeroes [Steam, itch.io], a puzzle game where you end up building a CPU from developer PleasingFungus Games is out with Linux support. There's also a demo available, which can be found on the itch store page. 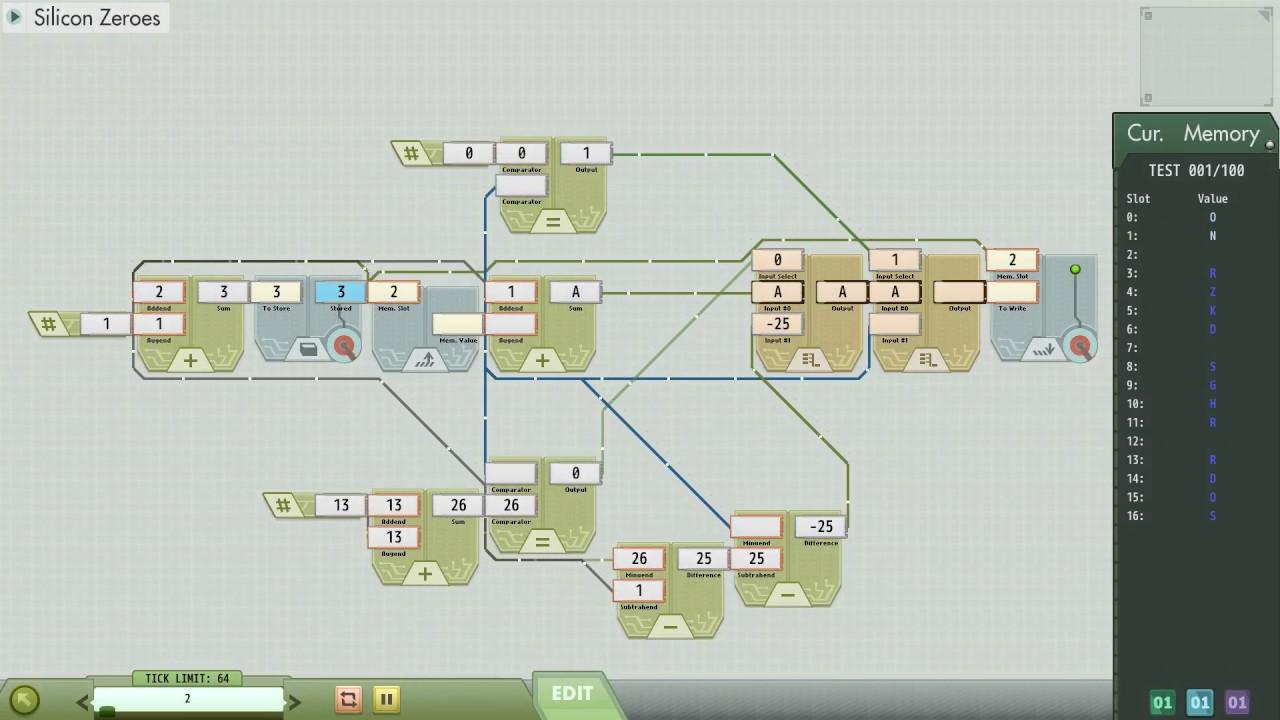 The game released in September, but Linux support landed with a patch on October 2nd. The developer told us they're excited about giving it a wider audience and they sent in a key for us to test.

Here's what the developer said to us about the game:

CPUs are all around us - in our PCs, our phones, our cars, practically everything. Even most highly technical people only understand CPUs as an abstraction of clock speeds and cache sizes, without much idea of how they actually work. But there's no reason that has to be the case!

I used to work at Google, but I left to work on this project - a game that takes people from zero domain knowledge to building a full CPU. I felt that I could give people a better understanding of this hidden world surrounding them, and do it in a fun way, as an experience that people would voluntarily go through. User reviews are overwhelmingly positive so far, so it doesn't seem like I've gone completely astray!

I gave it a run and I encountered no issues with the Linux version. It's quite easy to understand at the start, since you're just adding modules to make up simple numbers. However, it quickly introduces more types of modules giving you more to do and it becomes really quite interesting.

You will be placing down modules to add, subtract, read data stores, store numbers for use later and more. It certainly gave my brain a bit of a run around that's for sure. As someone who's not really good with maths, it felt like a pretty nice brain trainer. I obviously got stuck in no time because I'm terrible at it.

Thankfully, you do get multiple puzzles to solve at times, so if you get stuck on one you can go back to it later. I'm always happy when developers do this, because there's nothing worse than having to do a single puzzle to progress and be completely stuck on it.

I'm not sure everyone will appreciate the story behind the puzzles, with it attempting to touch on sexism talking about "foolish men" and employment of women. It can be a very real issue and it certainly was back in the 60s when the game is set, so it is somewhat true to the setting at least. That only came up once in the time I tested though, so it's nothing really major.

As for the gameplay overall, it seems like a fantastic puzzle game for those of you who like maths and programming puzzles. Do check it out!

Huge endorsement on the itch.io page
3 Likes, Who?

Actually, when I read the tweet, I thought it is a new game by Zachtronics Industries, especially given their "Other Games" (as they call it on their webpage).
1 Likes, Who?
While you're here, please consider supporting GamingOnLinux on: