SteamOS is alive with a new beta and updated drivers, also a new Steam Client Beta is out

Valve haven't given up on their home-grown Linux distribution yet, with SteamOS seeing another beta update. Additionally, there's another Steam Client Beta update about.

As far as updates to SteamOS go, the last time they actually announced anything was with the 2.170 update back in January but they have actually been doing multiple newer builds since then you can see here. Just today, they officially announced the SteamOS 2.183 beta and the gist of it is this:

Newer drivers are especially useful and it's good to see Valve start to move a little more quickly on this, especially to keep up with Steam Play fresh drivers are needed. For details on how to get the SteamOS beta, Valve have this guide although it doesn't sound easy to revert back to a normal SteamOS install from the beta so it might be worth waiting until it's pushed out for everyone (unless you want to help test of course). See their announcement here.

A quick note too, Valve are also still advertising for a SteamOS Software Engineer.

As for the Steam Client Beta update, it's quite a small one which includes:

From what Valve said on Twitter, this is likely the build that will require at least glibc 2.19.

Article taken from GamingOnLinux.com.
Tags: Beta, Steam, SteamOS, Valve
24 Likes, Who?
We do often include affiliate links to earn us some pennies. We are currently affiliated with GOG and Humble Store. See more here.
About the author - Liam Dawe

I am the owner of GamingOnLinux. After discovering Linux back in the days of Mandrake in 2003, I constantly came back to check on the progress of Linux until Ubuntu appeared on the scene and it helped me to really love it. You can reach me easily by emailing GamingOnLinux directly.
See more from me
Some you may have missed, popular articles from the last month:
The comments on this article are closed.
12 comments
Page: 1/2»
parkerlreed 20 Mar, 2019
Nice! Got the client update just a little bit ago.
0 Likes

View PC info
I get the sense that SteamOS itself isn't really Valve's end goal otherwise they would have killed it off, but rather it's part of a "Big Picture"... pardon the pun :D
2 Likes, Who?

View PC info
Glad to hear they haven't forgotten about it! Now that it's up to date again I can once more recommend it as an OS of choice for gaming! That is as soon as the SteamOS beta is out.
0 Likes

View PC info
I guess now that they see google doing something with linux, their thinking is maybe shouldn't drop the ball just yet...

I'm eagerly waiting for Microsoft Windows to become a subscription service, THAT will be the day Linux shines!
Also confusing that MS is killing off windows7 (probably 8/8.1 soon also) yet also releases dx12 for windows7 at same time... shrug
1 Likes, Who?
massatt212 21 Mar, 2019

View PC info
Just amazes me how a restrictive as all hell proprietary API can even exist this day and age, clearly Microsoft are tossing money around in order to incentives companies!
1 Likes, Who?

Quoting: massatt212DX12 is not coming to windows 7 its coming to certain games

AAA publisher: that Vulkan thing looks interesting, it will support older Windows versions too
Microsoft: never mind that, we will let you use DX12 on older Windows too
0 Likes
mao_dze_dun 21 Mar, 2019

Quoting: TheRiddickJust amazes me how a restrictive as all hell proprietary API can even exist this day and age, clearly Microsoft are tossing money around in order to incentives companies!

It's not as simple as that. While not my area of expertise, I've seen load of comments from developers as to why they choose DX over OpenGL/Vulkan. For one it boils down to previous experience and just being used to working with a specific set of libraries. Also, it seems Microsoft offers both excellent documentation and support. Now imagine this has been going on for, say, a decade while OpenGL was just trailing along. Then comes Vulkan and devs are probably like: "Yeah, really cool, but we're doing pretty fine with DX, here".

I can't blame them. It's the same reason I'm stuck with Windows - I make Wordpress websites for a living (among other things). I use raster and vector editing software a lot, even though not for particularly advanced stuff. Part of the reason I don't use GIMP is lack of certain features, but the other part is how different its interface and hotkeys are from Photoshop. I'm used to Photoshop - both as features and as hotkeys. When I use PS my workflow is fluent enough and I do whatever I want fast. I'm clumsy and slow with GIMP. So I don't use it. Then I discoverед Affinity Photo, half an year back, which does 90% of what Photoshop does, at the same quality level, for a fraction of the price. And it has almost the same interface and almost the same hotkeys - instant sell. Been happy with it ever since.

So to wrap the long post up - even if GIMP manages to catch up to PS and Affinity in terms of features, I'd still be hesitant to use it. I have my workflow and I don't want to change it - it works for me. In the end that's what counts most - how you get the best results the fastest. I'm positive it's similar with a lot of developers. It's not about hating on open source or not wanting to learn new things, but time is a finite resource.
2 Likes, Who?

pb 21 Mar, 2019
Hitman 2 has become unplayable after the update. 99% of the graphics (in-game) disappeared, all I can see is blue background and the horizon. 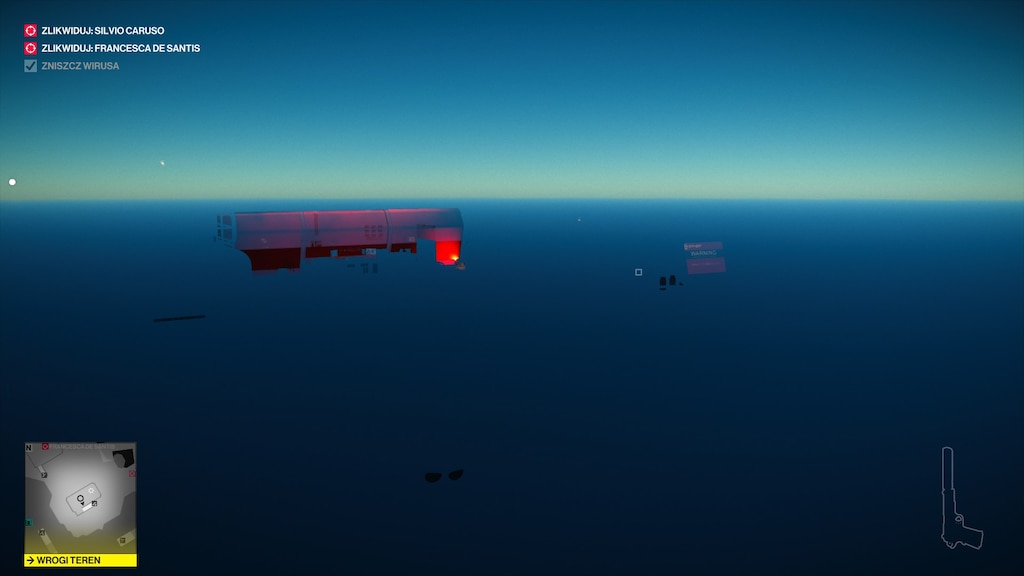