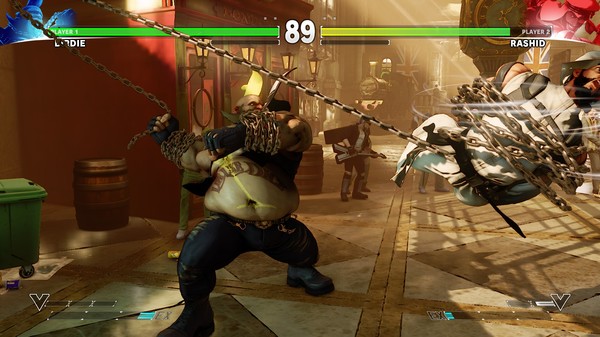 The only word we had on the release was from Steam:

This will be a free update to all Street Fighter V Steam players and will be released this Spring. More news will be shared soon, so stay tuned.

That was back in February, so not only have we been given no new details ("soon"?), but the release window of Spring is officially behind us.

This is another port that was getting help from Valve, like Rocket League, Street Fighter V is now late. They have both joined our Unreleased Ports list on the Wiki (if we are missing some, add them!).

Why is it everything Valve touches gets delayed somehow? Are they really that unfocused?

Shame, wanted to play it myself, but it hasn't been reviewing well overall which is also a bit of a shame.

Sidenote: I know some of you don't like seeing the repeating message of delayed ports, but it's important to keep track. Article taken from GamingOnLinux.com.
Tags: Action, Editorial, Steam, SteamOS
0 Likes
We do often include affiliate links to earn us some pennies. We are currently affiliated with GOG, Humble Store and Paradox Interactive. See more here.
About the author - Liam Dawe

View PC info
Pre-ordering a digital product is simply loaning the company money. Sometimes with a worthless gift in return. It still baffles me why anybody would do that.

There were a few rare occasion where I would have considered it, but instead those companies chose to finish the game before asking for money.
2 Likes, Who?

View PC info
sad; but i havent playes skullgirls yet; i might play kof on 360 instead; fu capcom
0 Likes

View PC info
I'd have waited for one more day until the Steam Summer Sale starts since there's a chance, albeit tiny, that it'll be released then alongside with a nice discount.

But yeah, general message as usual, never buy something on a promise. First it doesn't count as a Linux sale weakening the platform and second it might never get released..
2 Likes, Who?

View PC info
There is still a big update planned for june bringing the character Ibuki and a story mode.
https://mobile.twitter.com/StreetFighter/status/737720093652570112

I have little hope but may be it will also come with Linux/SteamOS support.
2 Likes, Who?

Beware that if you read this you might realise that there is now very little chance that HL3 ever come out.
0 Likes

gojul 22 June 2016 at 1:49 pm UTC
View PC info
Personnally I only very seldomly buy preorders. I did so for Cities Skylines and some other Paradox games, but recently that's all.
1 Likes, Who?