The Exiled, an open-world survival arena that combines MMO and MOBA together supports Linux

The Exiled [Official Site, Steam] (previously called Das Tal), a new discovery recently that aims to combine the open-world approach of an MMO together with MOBA style battles. The icing here is that it supports Linux.

You can check out some gameplay below: 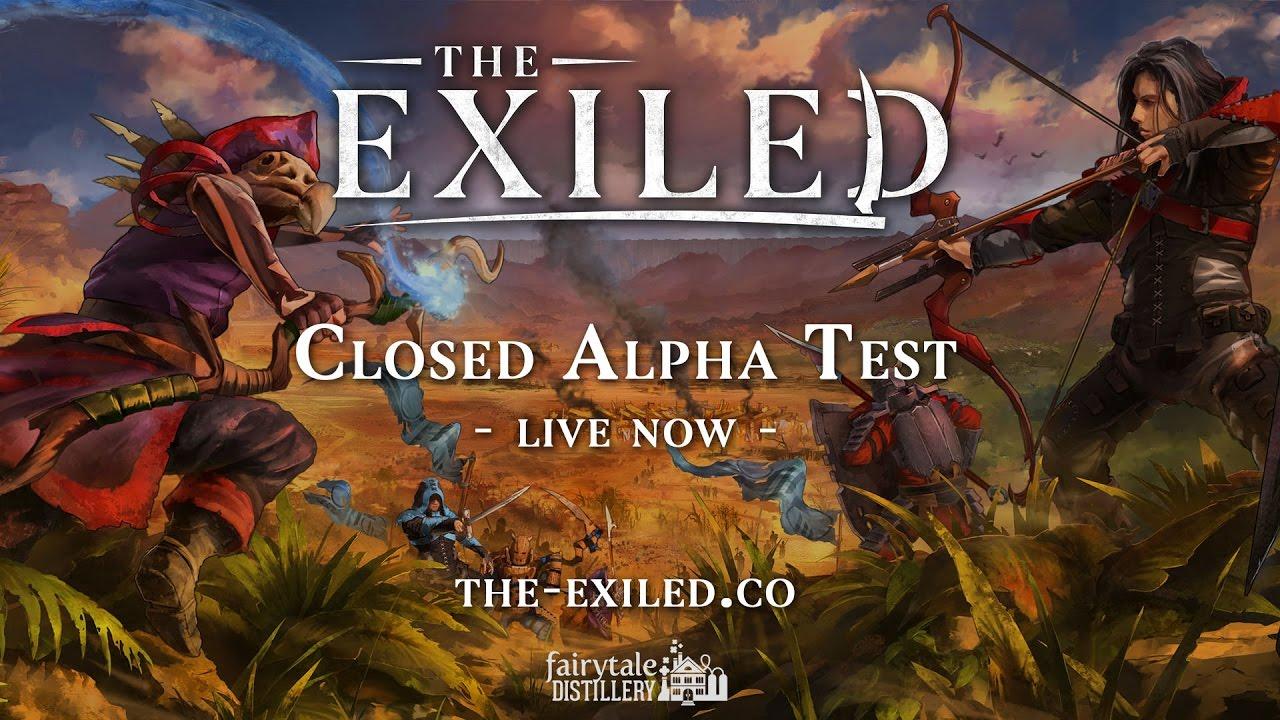 YouTube videos require cookies, you must accept their cookies to view. View cookie preferences.
Accept Cookies & Show   Direct Link
Originally, when it was called Das Tal, it ran a Kickstarter campaign that was sadly unsuccessful, so it's pleasing to see it carry on. I've been following it since then and the email update sadly got pushed down my inbox due to an influx of news recently.

For those wondering, it's a Unity3D, so it's not surprising it supports Linux.

It's currently in closed-alpha, with an alpha running from now until December 21st. You can buy-in from their store at different levels. Buying any level will at the very least give you a Steam key at the full release, whereas higher levels give beta and alpha access.

It sounds a lot like Albion Online, but designed for people that have less time on their hands as it has less grinding and more action. There's much less emphasis on grinding for resources, but instead has a heavy PVP focus.

I managed to grab an alpha key and I can confirm it downloads and launches. I recommend not using the auto-patcher, as that seemed to be stuck in a patching loop. The direct full download worked without an issue.

I completed the tutorial and it seemed to work pretty well. I didn't find any obvious bugs and the performance was fine. The game had no stutters and everything was smooth, but I have only had limited time with it so far. 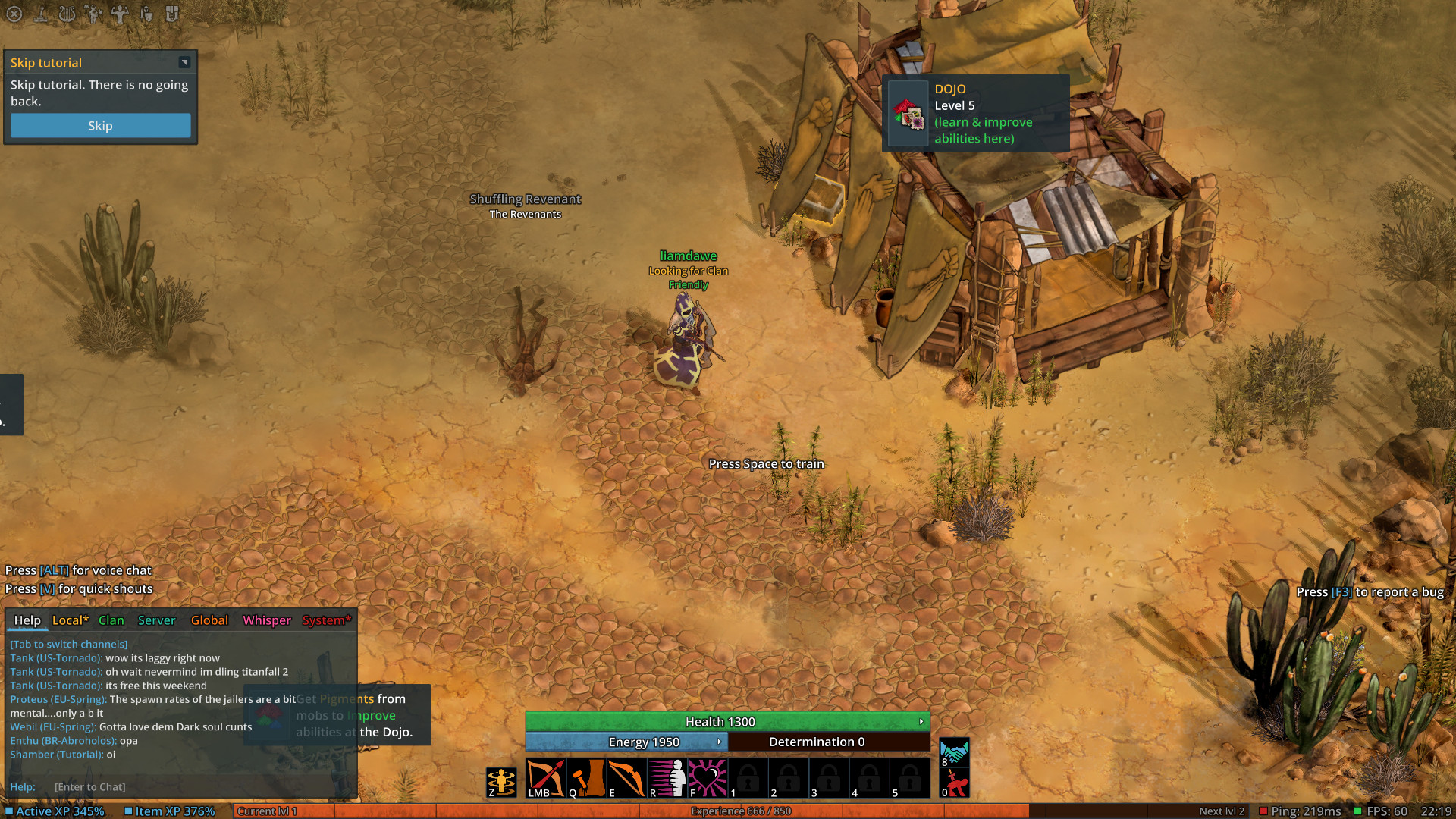 It has very MOBA-like gameplay, with a selection of skills to use during combat along with different weapons and armour classes you can use at any time, which you can mix and match of course. You can upgrade abilities from mob drops and learn more abilities as time goes on, which you need to find a Dojo for.

You can even hide in a bush to sneak up on unsuspecting players, so keep an eye on those bushes!

I was quite surprised, as I actually quite like it and it shows a lot of promise, even if it is an early alpha test right now.

About the game
The Exiled is the world’s first Open World Survival Arena - we’re bringing together MOBA tactics and Sandbox MMO strategy. Our goal is to make MMOs fun again for PvP fans. No more grind. No more pay-to-win. No more tab-targeting. We are creating a game designed to be compatible with the busy life of an adult gamer. The Exiled rests on the three defining pillars; Meaningful Conflict, Skill-Based Combat, and Constantly Changing Worlds.

One to keep an eye on folks. Article taken from GamingOnLinux.com.
Tags: Action, Alpha, Indie Game, MMO, Unity
1 Likes, Who?
We do often include affiliate links to earn us some pennies. We are currently affiliated with GOG, Humble Store and Paradox Interactive. See more here.
About the author - Liam Dawe

4 December 2016 at 7:29 am UTC
View PC info
From what I can tell it looks like their business model is you buy the game once, and they're also going to sell skins.
Considering how most modern MMO's make money that's a pretty damn good model in my opinion. Looks fun too.
0 Likes

View PC info
Alpha Key Giveaway http://www.getbetakeys.com/the-exiled-alpha-key-giveaway/
0 Likes
morbius 4 December 2016 at 12:12 pm UTC
Got the key, will give this a go. Always wanted a MMO / MOBA hybrid and they bought me with no grid promise.
0 Likes

View PC info
Hmm, another MMO with low levels of RP and lore. Not my jam, although it's good to be getting more options.
0 Likes

View PC info
Played a little, and it feels much more "open" than Albion, and much less grindy. Albion has lost its focus, i think, i'm quite disappointed with the past year. Maybe The Exiled can do it well.
0 Likes

View PC info
Trying it. Launcher for while download data, afte that it gives me still error with suggestion to restart it. After that is still broken.
0 Likes
morbius 4 December 2016 at 7:07 pm UTC
Launcher indeed is not working, don't bother with it. If you want to play, you have to download the client and later patch manually. Not sure if it's worth the trouble for now, maybe I'll wait when it's closer to release.

I always worry around addictive time consuming games, I was addicted to an MMO and later to MOBAs. If it's bad, you waste a lot of time to get into it just to abandon it. Not a good situation for working people.
0 Likes

morbiusI always worry around addictive time consuming games, I was addicted to an MMO and later to MOBAs. If it's bad, you waste a lot of time to get into it just to abandon it. Not a good situation for working people.

They mentioned that they wanted to make the game fun for people who couldn't commit a lot of time. I'm not sure they even have a leveling system at all. I think they basically just want this to literally be like playing a MOBA except in an open world.

What's also interesting about this game that I saw in one of their videos is something they are calling "time boxing". Characters actually aren't going to be permanent in this game. Servers will end and all characters die with them.
They mentioned in the video that they can be very flexible with that system and, for example, create a server that's time boxed just for a few months, weeks, or even the duration of holidays if that's what people want.
So it doesn't seem like something that's going to require huge commitments at all.

Often in MMORPG, you can usually compete in PvP only on maxlvl, thus all the wipes and so on have often the opposite effect, People Without Live have max characters very fast, while other struggle.
0 Likes