Torchlight II Has Even More Positive Signs For Linux 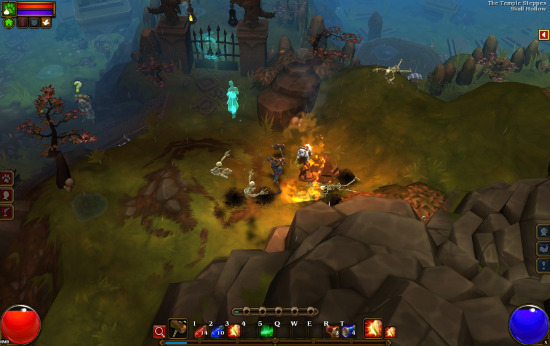 We recently wrote about the likelihood of seeing Torchlight II on Linux, well it looks even more close now thanks to new information.

As usual, our thanks to SteamDB for their excellent resource:

They now have an executable up for Linux, so it looks like a Linux release is extremely close now. Well, saying "extremely" sounds confirmed, but as always until they announce something we will keep an eye on it.

About Torchlight II
The award-winning action RPG is back, bigger and better than ever! Torchlight II takes you back into the quirky, fast-paced world of bloodthirsty monsters, bountiful treasures, and sinister secrets - and, once again, the fate of the world is in your hands!

Torchlight II captures all the flavor and excitement of the original game - while expanding the world and adding the features players wanted most, including online and LAN co-op multiplayer. Torchlight II is fast, fun, and filled to the brim with action and loot. Adventure solo or online with your friends!

If you don't own it; don't buy it until the Linux version is released. Support Linux Gaming.

We do often include affiliate links to earn us some pennies. We are currently affiliated with GOG and Humble Store. See more here.
About the author - Liam Dawe
I am the owner of GamingOnLinux. After discovering Linux back in the days of Mandrake in 2003, I constantly came back to check on the progress of Linux until Ubuntu appeared on the scene and it helped me to really love it. You can reach me easily by emailing GamingOnLinux directly.
See more from me
Some you may have missed, popular articles from the last month:
The comments on this article are closed.
16 comments
Page: 1/2»
ragtag7 11 Jan, 2015
I really really really cannot wait until this comes to Linux!!!
3 Likes, Who?

View PC info
I can't wait for 2!
I have been playing 1 for a few days now waiting for this (found my backed up .deb on a flashdrive!)
0 Likes

View PC info
I have played it quite a bit, back when I dual-booted, and I'm eager to have it show up one day in my Steam library; keeps my budget up to buy Linux games.
0 Likes

View PC info
Can't wait to keep playing this game on Linux! I already own it unfortunately, but since I hardly ever boot into Windows anymore it's barely started. Just like Bioshock Infinite, that game too will be a blast to continue on.

I'll buy a copy of Torchlight 2 and give a (Linux) friend. It's a great game, this port deserve support.
1 Likes, Who?

View PC info
will buy on release, i loved the first one to bits
1 Likes, Who?
dsngjoe 12 Jan, 2015
I own a copy and did not play it. I will buy a second copy for the daughter's computer so we can play it together and beat it. She is running Fedora 21 like me now.
2 Likes, Who?

Quoting: dsngjoeI own a copy and did not play it. I will buy a second copy for the daughter's computer so we can play it together and beat it. She is running Fedora 21 like me now.

Quoting: dsngjoeI own a copy and did not play it. I will buy a second copy for the daughter's computer so we can play it together and beat it. She is running Fedora 21 like me now.

But can Torchlight be played in coop too? I didn't know that!

Yes she is, she is just like her dad. We where running Antergos before Fedora and it was funny hearing her say " Dad you need to run Pacman -Syu we had 8 updates today" when I got home from work.

View PC info
Can't wait to get this one... Any similar games out there?
0 Likes

View PC info
Never touched the Torchlight series, but I hear good things and looks visually appealing. Would definitely buy Torchlight 2 even just to check it out (after official Linux release).

One thing I do not understand though, is why Torchlight 1 not on Steam for Linux? I thought about buying that just to check out the series, but I was misled to believe it wasn't available for my OS?
0 Likes
1/2»
While you're here, please consider supporting GamingOnLinux on: