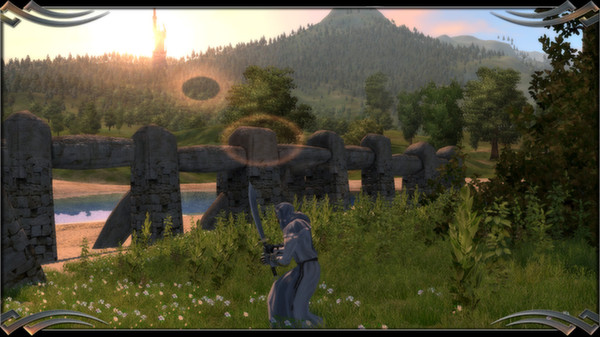 Topware Interactive are continuing their promise of putting their older titles on Linux and Two Worlds Epic Edition is now available on Steam. It uses Wine, but that's not as bad as you may think.


QuoteThe port is based on Wine with CSMT and PhysX hardware support patches enabled.

They also removed the more restrictive DRM it had. It has been replaced by what they call "DLM V2":


QuoteThird party Serial Codes are only required to access the Multiplayer Server and create an account. Activation is optional and grants live time support and updates, restore of the game in case it is lost and change of the platform or content provider.

A step in the right direction, I think that alone is worthy of a little praise.

As for the use of Wine: It's an amazing bit of software, and while I shunned it in the past I decided to look past my own self-righteousness about it and learnt to appreciate it all over again. I think it's a cracking tool for developers to bring older titles over to Linux where performance and stability are good. It also means you are essentially buying a Linux game, and it counts as a Linux sale for future reference.

With that said, the Wine port does seem buggy for me. My first launch didn't work, as I could hear the game but not actually bring up the game window.

After that I was able to launch the game, but changing resolution seems to make it crash. I refuse to play it at 1024x768, but any attempt to change it results in the game minimising and I can't seem to bring it back.

I thought that it was due to me using two monitors, so I disabled one and it still has the same issue.

Overall, not impressed with this one.

It also has a massive discount:
Article taken from GamingOnLinux.com.
Tags: Action, RPG, Steam, Wine
0 Likes
We do often include affiliate links to earn us some pennies. We are currently affiliated with GOG and Humble Store. See more here.
About the author - Liam Dawe

View PC info
I trying it in open beta and open beta perform bad... but after Reality Pump developers change WINE stable to WINE experimantal with CSMT it work well for me with AMD GPU and fglrx driver.
0 Likes

Quoting: DamonLinuxPLI trying it in open beta and open beta perform bad... but after Reality Pump developers change WINE stable to WINE experimantal with CSMT it work well for me with AMD GPU and fglrx driver.

Yea, no idea why the CSMT patches still don't make it in, almost everything runs better with it. Same with the PhysX patches...
0 Likes

View PC info
Had seen the discount a few days ago, but didn't buy because wasn't officially on Linux, therefore my buy wouldn't count as a Linux sale. Oh, excuse me, it just finished downloading. It will be a good weekend!
2 Likes, Who?

I’m a bit annoyed that it’s so cheap. How can they expect to make money out of the Linux version if they release it at that price?

View PC info
I was never a huge fan of Two Worlds but for $1.20 CAD it's worth supporting.
1 Likes, Who?

View PC info
I only tried the first one a long time ago and the game mechanic of being resurrected at a shrine that you hadn't discovered yet completely killed it for me. I would die in a fight I couldn't handle, and then transport further away from town into a deadlier area? It was terrible.

My younger brother played the second one and he said it did the same thing. This sounds like they heard it worked under Wine and figured they would resell it. Meh, cheap/pretty game for is. I did read they had fixed a lot of the complaints at least. Not sure where I read that at.
0 Likes

Segata Sanshiro 28 May, 2016
View PC info
I was literally about to purchase this when I saw there was no controller support. An RPG is something I like to sink a lot of time into if it's good and just don't see myself doing that hunched over a desk, shame :(.
0 Likes

Like you, I had some trouble with screen resolution. I had to revert back to Nvidia 364.19 driver since the latest beta driver 367.18 seems bugged with xrandr, the main tool for changing display resolution.

Furthermore, their standalone wine is configured to use fullscreen instead of a virtual desktop, that brings some weird bug with driver. I managed to get rid of this, thanks to their RunWinetricks script that sets up automatically all the custom environment variables.

Launch this command line inside "Two Worlds - Epic Edition" directory
./RunWinetricks vd=1024x768
That will set up a 1024x768 virtual desktop, and then you will be able to change resolution in game to suit your need.

Just bought collection now on steam, pretty cheap. Already own number 2 so hopefully they do something with that on linux.
0 Likes
1/4»
While you're here, please consider supporting GamingOnLinux on: