They said it is inspired by Vampire Survivors but clearly they're going their own way with it. This isn't just another auto-attacking horde shooter, they've blasted off into space like Gunlocked. However, unlike Gunlocked this isn't a vertical scrolling-shooter as it gives you a proper arena to fly around in.

"Blast hordes of alien ships into junk. Collect the scrap to upgrade your ship into an unstoppable force of destruction. Unlock new characters and weapons and upgrade your stats between runs.

Collect scrap dropped by your defeated enemies. Use it to upgrade your ship until it becomes unstoppable. Fight and destroy bosses and grab the weapons they drop. Blast hordes of aliens with various projectiles, explosions and kinetic orbitals. Unlock new characters with unique abilities and new weapon and upgrade types. Permanently upgrade your ship stats in between runs." 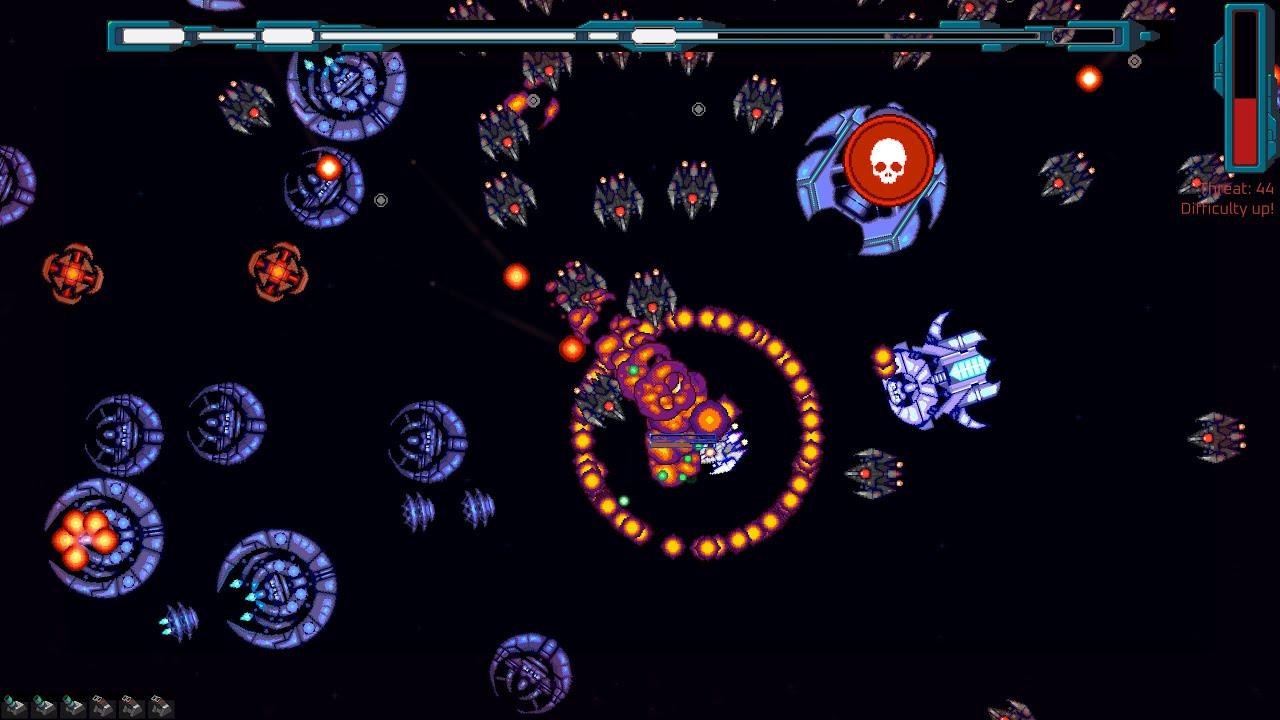 Just like their previous game Fates of Ort, they do plan full Native Linux support.

Then I expect it is made with Defold? Good engine, very good Linux support.
1 Likes, Who?
Serious_Table 8 Jul, 2022

Yesssssss. BRING ME MORE SPACE SHIP GAMES FOR MY DECK! It was one of my first thoughts when trying Vampire Survivors. "This'd look great in a space setting". I'm really glad there's developers who agree.
1 Likes, Who?

View PC info
Haha - just went to buy this, only to see that it's not out for another few months. Dammit! I hope I still have the bug for this on the run up to Christmas, I guess. It looks great. I need to check out their earlier game too - the graphics look pretty basic, but the mechanics of it all sound really interesting.

Also, good grief, Vampire Survivors has a lot to answer for:

Yeah. I've been sucked into this game for the last 24 hours! I like the idea of a larger number of skills and being able to re-roll the offerings from the start. The music is cool as well!
0 Likes

View PC info
Interesting art style; reminds me a bit of Blastar on the Amiga.
1 Likes, Who?

Check out Nova Drift if you want space Vampire Survivors and 20 minutes till dawn.
0 Likes
While you're here, please consider supporting GamingOnLinux on: