KARLSON - an upcoming FPS infused with Parkour, a little slow-motion and something about Milk

I come across a lot of really weird games, sometimes though they're the right kind of weird which is the case with KARLSON.

A first-person shooter with simple visuals, fast-paced action with a little parkour thrown in and slow-motion which makes this a little bit hilarious. It helps that there's some silly physics going on, you can throw things around and make stuff explode. 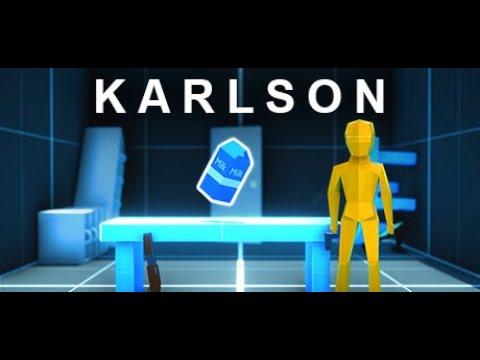 If you like speed-running, you will enjoy this. The developer said there's a "big emphasis on movement", with the maps being designed to keep you running, jumping and sometimes grappling across them with a timer on each map.

With the full release, it's also set to get a level-editor so Steam Workshop support seems likely. Not only that, the developer has been teasing that multiplayer is coming, which for a game like this could be pretty hilarious.

It's going to release on Steam sometime "Soon" and there's a free demo you can try on itch.io.

About the author - Liam Dawe
I am the owner of GamingOnLinux. After discovering Linux back in the days of Mandrake in 2003, I constantly came back to check on the progress of Linux until Ubuntu appeared on the scene and it helped me to really love it. You can reach me easily by emailing GamingOnLinux directly.
See more from me
Some you may have missed, popular articles from the last month:
The comments on this article are closed.
2 comments
x_wing 4 Feb, 2020

View PC info
A little about the making of:

View PC info
Sadly, this just makes me think of what Mirror's Edge 2 could have been.
0 Likes
While you're here, please consider supporting GamingOnLinux on: