A quick look over recent and upcoming Linux game releases

With so many games being released, announced and teased it's often hard to keep on top of things so we're here to help. Going over a good few pages and hundreds of articles, here's a quick round-up in case you've missed any.

Just a note: this is nowhere near an exhaustive list, just a brief selection of titles we don't want you to miss. 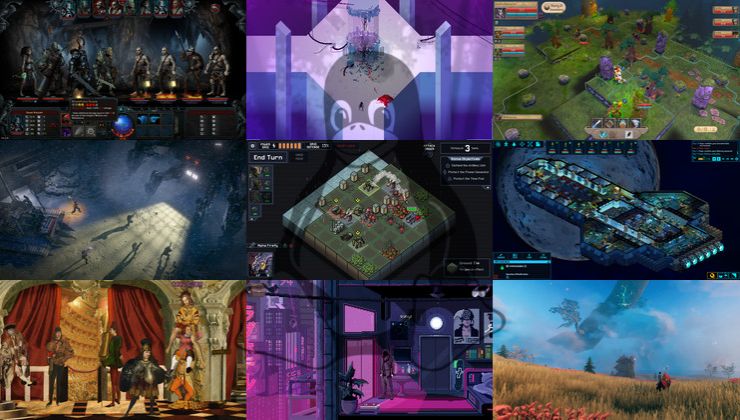 Starting off with some actually released games, in case you're in the mood for a new game this weekend here's a hand-picked list of recent goodies:

That's just a really small slice of some fun titles in the last month or so. If you have been struggling to keep up with new releases, you're in luck. Every single tag on GOL is also an RSS feed you can subscribe to. Like the New Release tag for example, look for the RSS icon.

As for what to look forward to in future, there's plenty of that too. Cherry-picking a few interesting titles:

Other fun recent announcements or upcoming games we're excited about that have no date attached to them:

One thing about Linux gaming is for certain: it's never boring. Do keep in mind though, dates and games without dates may take longer right now, due to the current worldwide health situation with COVID-19.

View PC info
I recommend Bear Party: Adventure, a free short game on Source engine.
0 Likes
shawnsterp 15 May, 2020
Gotta admit, I had whittled down my wishlist pretty good, and then this article comes along....
4 Likes, Who?

View PC info
we used to have a Feral release every two or three months, no feral release in the radar, that's heartbreaking man!
2 Likes, Who?

View PC info
…as someone in that Valheim beta: can totally recommend 👍 It's a little gem.
0 Likes

View PC info
I started playing Iratus, and I had sort of liked the other game like it (of which the name currently eludes me) but that other game seemed to have a bit more flavor to it? Iratus is almost exactly the same, except you play the villain, and instead of hiring adventurers that inevitably die, you just create new creatures from body parts you collect from slain enemies. So it doesn't seem as heart wrenching when you lose someone. Maybe that is just me though.

If you liked the other game though, you will probably like Iratus.
1 Likes, Who?

yeah also that makes me remember... what happened to Phoenix Point? (another Epic exclusive)
1 Likes, Who?

View PC info
Well, one item can be moved now. :D
0 Likes
1/2»
While you're here, please consider supporting GamingOnLinux on: