Level Designer Toolkit (LDtk), which was originally known as 'LEd' has a huge new release out and the developer mentioned it's now ready for production. It's a modern, free and open source 2D level editor for indie developer with a strong focus on being as user-friendly as possible and it's being built by Sébastien Bénard, who was the former lead developer on Dead Cells.

LDtk 0.6 rips off the Beta label and brings with it some huge features like a World Map, allowing you to organize levels in the project into different themes like a vast 2D map, a large grid system and also either horizontally or vertically. 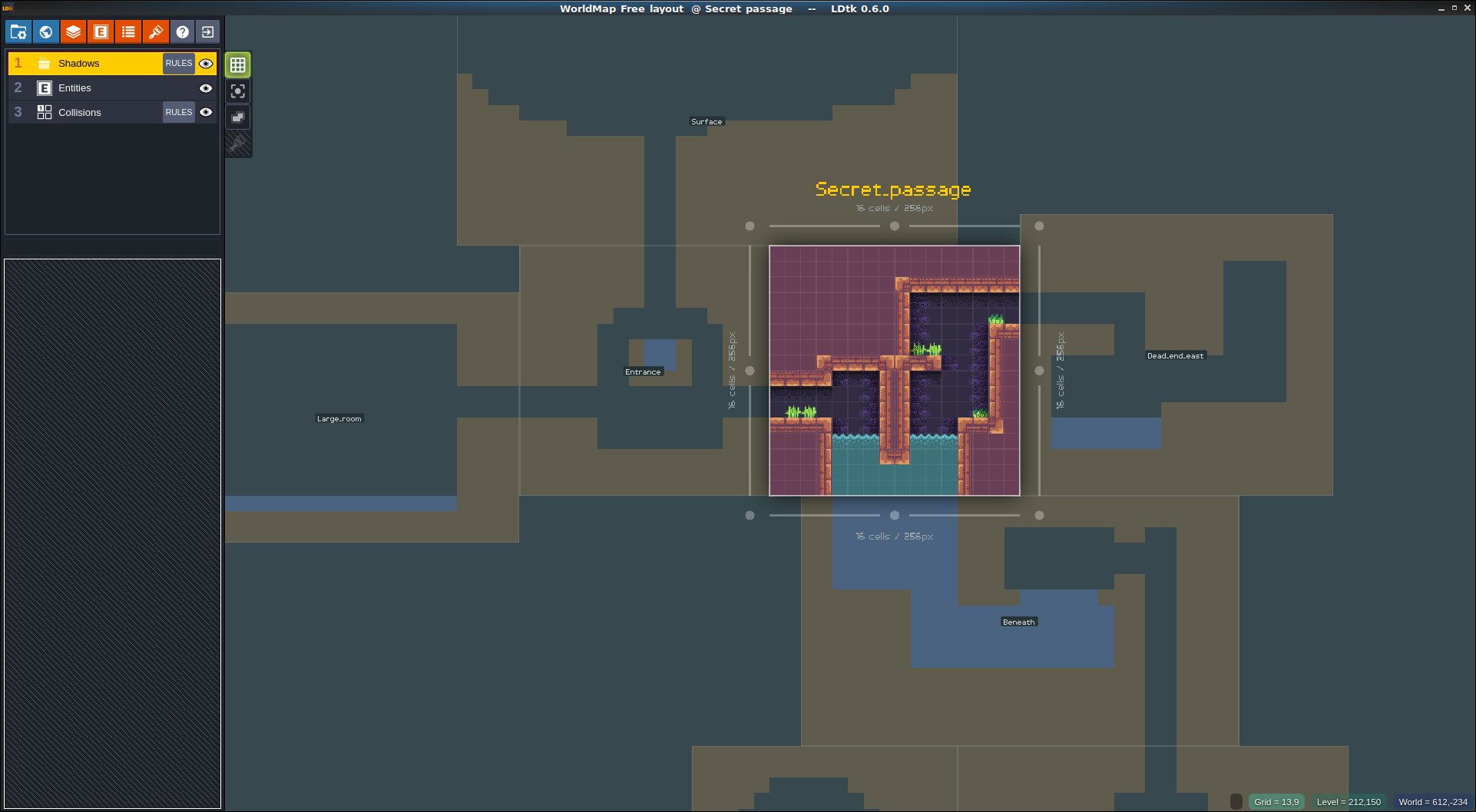 Apart from the World Map feature and no longer being considered a Beta, here's the other major changes in this release:

Since last checking on it the experience has been massively improved. With the top-down sample included now too, it shows just how powerful it can be as a level editor to help create all sorts of games.

Truly wonderful to see so many great free and open source applications like this appearing over the last year or two, especially when they're cross-platform like LDtk. For Linux, the developer is targeting Ubuntu but the download is an AppImage and should work across any Linux distribution.

Find LDtk on the website or GitHub and even itch.io too.