In need of a new fun physics sim? How about one that's free, open source and can be played in multiplayer? Rigs of Rods might be what you're after and they have a new release.

What actually is it? Rigs of Rods is a free/libre soft-body physics simulator mainly targeted at simulating vehicle physics. The soft-body physics system is based on mass-spring-damper theory. It's pretty much a sandbox vehicle playground, one you setup yourself with trucks, cars, cranes, boats, bridges, aeroplanes and much more.

Not the most beginner friendly game, with it needing plenty of modding and configuration to get it where you want it but it seems like a nice option for some physics amusement. As it turns out, we've never written about it here, despite it being around since at least 2005 - madness! 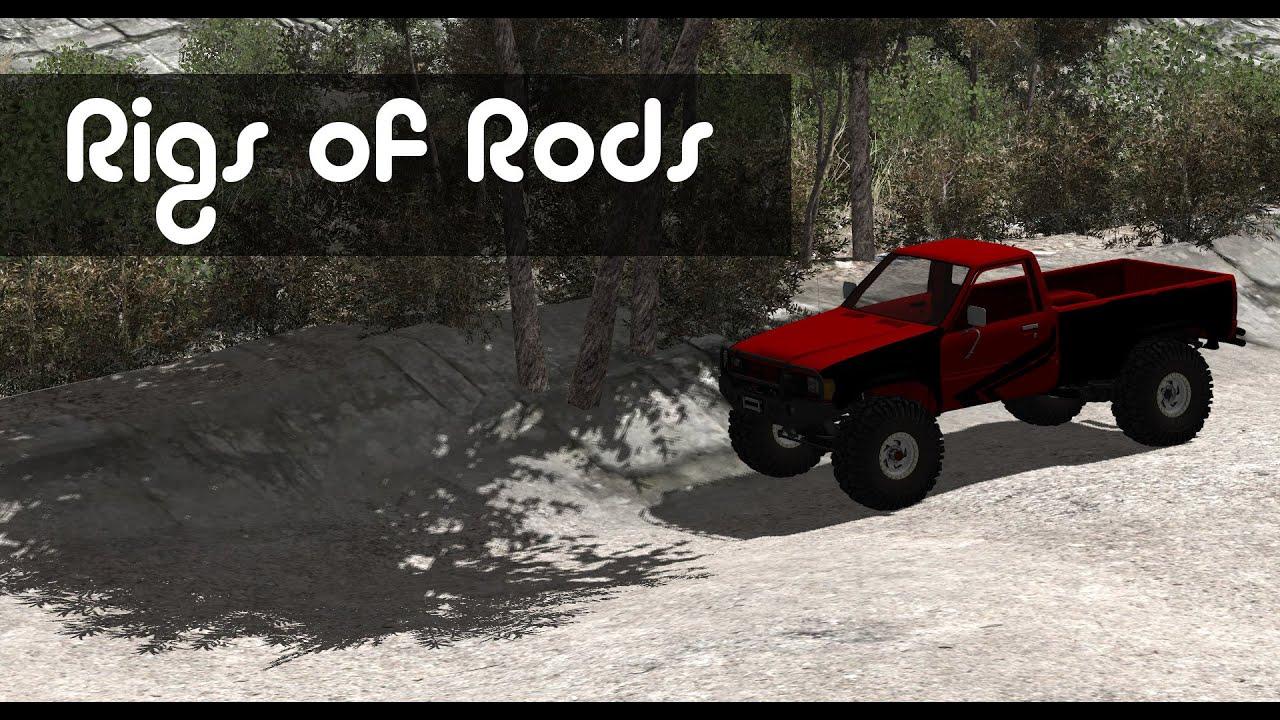 Seems the team has been busy since the last release over a year ago, with a major new release landing on February 2, 2021. Quite a lot is included too, and much like Pioneer (another open source sim), they've moved their UI system over to the popular Dear ImGui. Now they have a modern UI system in place, it should be a lot easier to tweak it and work with it.

Not only that though, here's a bunch of what else is new:

Plus the usual assorted bug fixes.

Find it on the official site and download it easily from itch.io.

As impressive as it is, hopefully someone will be able to hook up a good introduction / tutorial for new players getting into it. While it's been around a long time and there's beginner guides out there, having something in game for people to follow would really help.

We do often include affiliate links to earn us some pennies. We are currently affiliated with GOG and Humble Store. See more here.
About the author - Liam Dawe
I am the owner of GamingOnLinux. After discovering Linux back in the days of Mandrake in 2003, I constantly came back to check on the progress of Linux until Ubuntu appeared on the scene and it helped me to really love it. You can reach me easily by emailing GamingOnLinux directly.
See more from me
Some you may have missed, popular articles from the last month:
The comments on this article are closed.
3 comments
TheRiddick 5 Feb, 2021

View PC info
I like the name. There are a few of these vehicle physics simulation games abouts these days.

Quoting: TheRiddickI like the name. There are a few of these vehicle physics simulation games abouts these days.

BeamNG.drive is pretty good, too. From what I understand is that one or several of the developers of Rigs of rods went on to make BeamNG. Unfortunately there is no Linux version but it works pretty well with Proton.

I remember trying to build Rigs of rods from source on my Debian system and failing miserably haha. Luckily times have changed and I can enjoy this game without problems. It's really, really good. :)
0 Likes

Lightkey 6 Feb, 2021
View PC info
Oh man, I remember writing updates for Rigs of Rods on The Linux Game Tome. Indeed, the Internet Archive says the first public release was version 0.11 on August 11, 2005. The original developer Pierre-Michel Ricordel even sent in the article himself back in 2006 (it was closed source until 2009) and answered to the comments.
I miss happypenguin.org.