Talking Point: how about a monthly Steam Game Pass from Valve

Subscriptions, they're everywhere and more seem to appear all the time. So, what IF Valve were to announce their own Steam Game Pass to give you access to a great many games?

Let's be realistic here though - Valve doesn't need one. Steam is and will be for a long time to come, a money printing machine because of the user share they have across PC platforms (Linux, macOS and Windows). However, Valve do have competition increasing all the time. Not just from the Epic Games Store but thinking more on the likes of the Xbox Game Pass Ultimate - which includes a ton of games along with upcoming game streaming support too. That has proven extremely popular for Microsoft and services like that absolutely will pull people away from buying more games on Steam. Why would you, after all, if you can get 100+ (and growing) AA/AAA and indie games often close to release in a single subscription? 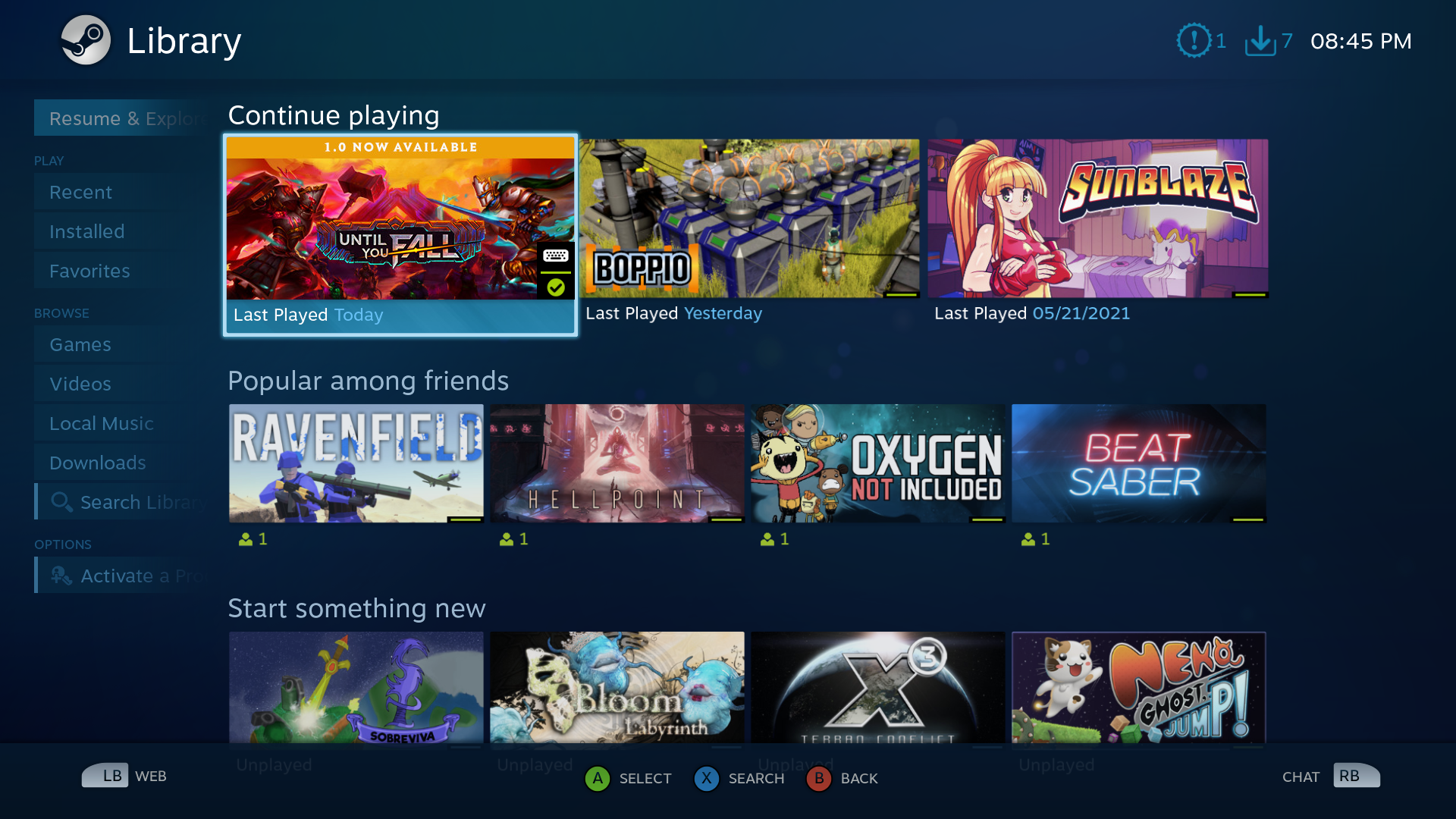 It's something I've been thinking on for a long time, and I've probably mentioned it in some previous articles. I speculated a little back when the subscription and rewards features for Steam leaked out. Although that turned into the points shop and allowing the likes of EA Play and the Crusader Kings II - Expansion Subscription. So now Valve allows other developers to use subscriptions but what about Valve directly though? Are they going to bring out their own, should they do it and would you actually use it?

Many questions! Some of which I posed to our Twitter followers (#1, #2) with the results being quite surprising. A small sample with the majority thinking Valve aren't doing one but 50/50 for people who want it versus not wanting it. I actually expected the question of people wanting it or not to swing quite hard one way which it clearly didn't.

For gamers, it might work out to be more cost effective to have a subscription. Thinking on the cost of these subscription services, it can work out at the price of 1-2 AAA games a year to gain access to tons. You would have to play quite a few of them to actually make it worth it - but a lot of people would probably forget about that part. Even if you're only interested in a few of the games, it could still work out as reasonably good value. For a store like Steam, compared to streaming services, being able to choose between outright buying and subscribing to have access gives the best of both worlds (compared with the likes of Stadia, where it's streaming-only and if it's gone, it's gone even if you "buy" it).

The drawback for developers though is monies. It all depends on the revenue split of each subscription, likely based on how much time is put into each title which could end up being worse for smaller developers who often struggle on Steam as it is. There's a lot of different angles like that to think on. What sort of levels would the subscription have? It could be interesting with different selections like Indie Gems, AAA classics and so on. Could even be an additional bit of marketing for developers as people might spots games from the lists they want to actually buy from it. Also, as a reminder, you don't actually own what you buy on Steam, as per the Steam Subscriber Agreement you get a license to play it.

A Steam Game Pass would probably be quite popular if Valve actually did it though, but will they?

Over to you in the comments: what are you thoughts on if Valve actually did a Steam Game Pass system?

We do often include affiliate links to earn us some pennies. We are currently affiliated with GOG and Humble Store. See more here.
About the author - Liam Dawe
I am the owner of GamingOnLinux. After discovering Linux back in the days of Mandrake in 2003, I constantly came back to check on the progress of Linux until Ubuntu appeared on the scene and it helped me to really love it. You can reach me easily by emailing GamingOnLinux directly.
See more from me
Some you may have missed, popular articles from the last month:
38 comments
Page: 1/4»

View PC info
I'd love that if it worked based on the time I spend with a certain game. Creates an incentive for developers to keep old games running and updated without forcing them to resort to annualized franchises.

Basically a great way to support the games you actually play.

Edit: I also like to add that publishers don't have to be worried about their revenue. First of all, I wouldn't think of it as something mandatory, more like gamepass. Publishers would have the option to withhold their games for a few months right after release, or make it available for subscribers for a few months to invite new players and drive sales when the game drops back out of the sub model

Quoting: HoriI like Steam a lot but I also have all my games here, so even if I wanted to, I couldn't just up and leave without basically throwing away a load of money.


I like this point here. If I don't own the game anyway, why should I pretend to own it. If steam shuts down my games are lost regardless
0 Likes

View PC info
I'm not actually interested in a subscription model per se, but one thing that would be nice about it is being able to test more games under proton without having to commit to buying a game that may or may not work.
6 Likes, Who?

Comandante Ñoñardo 23 May, 2021
View PC info
I'll pay for that subscription, like I do with Xbox Game pass for PC.
I can play A LOT of big games on my Windows 10 machine, and if I like a game, I buy it on sale...
0 Likes

View PC info
There’s already a subscription service on Steam and it’s a great value. EA Play gives you access to about 50-60 games and costs about $30 per year. It also gives you a 10% discount on new game purchases and 10 hours of free trial gameplay on most new games. It’s a great service. It would seem that Valve’s model is to allow other publishers to provide their own subscriptions.
0 Likes

Quoting: GrazenThere’s already a subscription service on Steam and it’s a great value. EA Play gives you access to about 50-60 games and costs about $30 per year. It also gives you a 10% discount on new game purchases and 10 hours of free trial gameplay on most new games. It’s a great service. It would seem that Valve’s model is to allow other publishers to provide their own subscriptions.

That is mentioned briefly in the article, as is the CKII sub. The talking point is about Valve doing one.
0 Likes

Liam Dawe 23 May, 2021
View PC info
Oh and on the subscription versus buying to own argument. The Steam agreement is clear you don't own Steam games.

Quoting: Liam DaweOh and on the subscription versus buying to own argument. The Steam agreement is clear you don't own Steam games.

They might write those things, but I doubt it would hold up if it was ever legally tested. At least under European consumer protection laws.
3 Likes, Who?

View PC info
this has been discussed before multiple times... yes you own Steam Games, EULA's could say whatever they want ... what it ultimately matters is what the law says... and with the French ruling allowing users to resell the games, and other rulings in other countries, it is clear that yes you own steam games.
LAW> EULA.
2 Likes, Who?

QuoteAlso, as a reminder, you don't actually own what you buy on Steam, as per the Steam Subscriber Agreement you get a license to play it.

@Liam legally, you never own a game, even if you buy a hard copy. The same goes for music and movies. You have a license to listen/watch/play them, but you don't own them as you don't have any rights on the intellectual property.

But I think you wanted to point out that owning a copy of a game is different than buying a game on Steam, as Steam games can have DRM which prevent you from playing offline.
5 Likes, Who?
1/4»
While you're here, please consider supporting GamingOnLinux on: