It's pretty staggering just how advanced Vintage Story is becoming as a survival game. It's still relatively unknown but in my eyes it already rivals many popular games and another huge upgrade is out now. Vintage Story is not available on Steam, which is probably one of the biggest reasons it's not so well known. The developer isn't ruling it out but they want to hang onto that 30% that Valve would take.

Version 1.17.0 is out now named the "Stable De-Jank and Game Juice Update" and it's honestly massive. 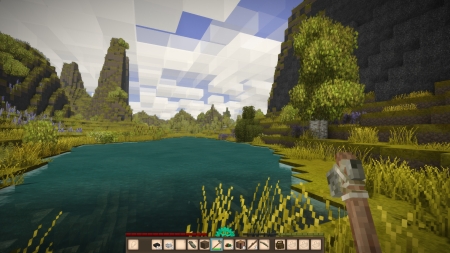 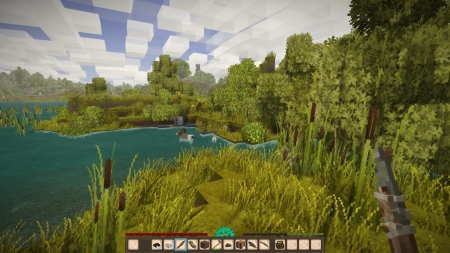 Some of the big new features include:

And the list goes on for quite a while, the changelog like most updates for Vintage Story is rather long. Perhaps mostly importantly though, you can now pet the animals. Okay, it's not the most exciting feature around but it's rather sweet.

This is the survival game for those of you who love depth and difficulty, with a huge varied world to explore.

View PC info
If being on Steam gets you 43% more sales than not being on Steam, then the 30% pays for itself, even ignoring the saving in hosting and bandwidth costs. Everyone's free to make their own decisions of course, but "I'm not putting my game on Steam because I'd like to make more money" isn't a terribly reality-based position for anyone EA-sized and below.
14 Likes, Who?

View PC info
Did i say earlier i think Vintage Story is the best of its kind ?

Quoting: CatKillerIf being on Steam gets you 43% more sales than not being on Steam, then the 30% pays for itself, even ignoring the saving in hosting and bandwidth costs. Everyone's free to make their own decisions of course, but "I'm not putting my game on Steam because I'd like to make more money" isn't a terribly reality-based position for anyone EA-sized and below.

QuoteFirst item on the FAQ page: https://www.vintagestory.at/features/faq.html/ Short answer is 'someday maybe'. It's not really mentioned in the FAQ, but another reason is that steam crowds can be pretty harsh, and you only get one chance to make a first impression. There's a desire to get the game to a really good state of polish, before throwing it upon steam's tender mercies. And it's not there yet.

Quoting: TcheyDid i say earlier i think Vintage Story is the best of its kind ?

I will add to the choir. The very best in its genre. Its also a coherent game, its not a ton of crap thrown together like that other, well known, blocks game. Everything is designed to work together. The art style is great and consistent. The game is also ultra realistic, but not to the point of making gameplay tedious. You like survival and/or crafting games? You like to build stuff? You like amazing pixel art? Maybe you are more the dev type and you like an easy to mod game? This game is for you.
3 Likes, Who?

View PC info
Is there a cinematic mod such as this one:

View PC info
This game needs no cinematic mod. The graphics and environment is astonishing considering the limitations. I remember when i first played it i was constantly amazed just how good devs managed to make a blocky game look. For example, sunny yet frosty mornings in autumn actually did feel like cold yet beautiful, just like in real life.

One thing that did annoy me to no end in this game was fighting mechanic. Every fight with an enemy felt like hitting a cardboard with a stick. Even Minecraft (thing that people usually compare it with) has it better with critical hits and feedback system. I wish that devs tackled that problem soon so it would attract a lot more people! Other than that the game is amazing. It has some survival realism like seasons and the need to store food for the winter and etc. But it is not too tedious and can be quite fun. Building mechanic is also pretty good, it can be as simple as building a house out of 1m3 cubes, just like in MC but also has a feature to chisel any block that turns one 1m3 cube into 16x16x16 blocks (with different materials) adding a hell of a lot more detail if you are up for it to do it manually.

By the way, if anyone is up for setting up a GOL server, i would try this game again.

Cinematic mod is important for the gaming community, both to show off their world and for camera control in live-action, episodic content, like those that Neebs Gaming make.

But as an indie studio not on steam, no-one outside of GOL is likely to know much about this game anyway.

I completely agree. Maybe the game has sold 50K units off-steam, I don't know, and the dev is happy with nearly £1M revenue, right? But then you have Valheim on several million sales - even with the lower price AND the 30% cut, it's a different league. 50 million sales (so far) - roughly £500M revenue after the 30%. That's... half a billion pounds. Insane money. They sold 3M units inside of a fortnight. You can bet that the 5-person studio behind Valheim weren't moaning about the 30% cut when those sales started rolling in.

And yet there are probably quite a lot of Vintage Story fans that would make the case that it's better than Valheim. Surely worth the risk?

Quotesteam crowds can be pretty harsh

But on the other hand, I agree with this too, and since Vintage Story looks like Minecraft, it's likely in for a rough ride in a way that Valheim somehow got a free pass, despite their similarities.

(That was a very long-winded way of saying that I'll likely pick this up when it hits Steam, but unlikely to do so before it does - it's the kind of game I'd enjoy playing with my small circle of online mates, and getting them to set up/host games from Steam is already a challenge - it's just not worth the hassle trying to coordinate it all in a custom off-steam environment)
2 Likes, Who?

Quoting: CatKillerIf being on Steam gets you 43% more sales than not being on Steam, then the 30% pays for itself, even ignoring the saving in hosting and bandwidth costs. Everyone's free to make their own decisions of course, but "I'm not putting my game on Steam because I'd like to make more money" isn't a terribly reality-based position for anyone EA-sized and below.

What's this developers email or Twitter? Could somebody just tell him exactly this for crying out loud

View PC info
Maybe the devs just don't want that huge of an attention currenly with the game being still in work in progress state. They might be happy enough with the current situation about the money. The fans will buy the game anyway and they get some feedback to work towards the fully feature complete game and then maybe one day they release it on steam to get more attention. My thoughts on that.
2 Likes, Who?
Drakker 8 Sep

https://wiki.vintagestory.at/index.php/Cinematic_Camera
3 Likes, Who?
1/2»
While you're here, please consider supporting GamingOnLinux on: