While Kerbal Space Program 2 has been announced (sadly not for Linux), developer Squad is not finished with the original and several big improvements are on the way.

In a recent announcement which talks a little about the KSP 1.8 update, they detailed some fun sounding changes. The Unity game engine is going to be seeing an update which will bring in things like updated graphics APIs, a new PhysX version with performance and precision improvements, GPU instancing to improve rendering performance and incremental garbage collection to reduce frame rate stutters. Basically, it should feel a lot smoother overall.

Celestial bodies are set to get a pretty big revamp too, with high-quality texture maps & graphic shaders. Take a look at their teaser: 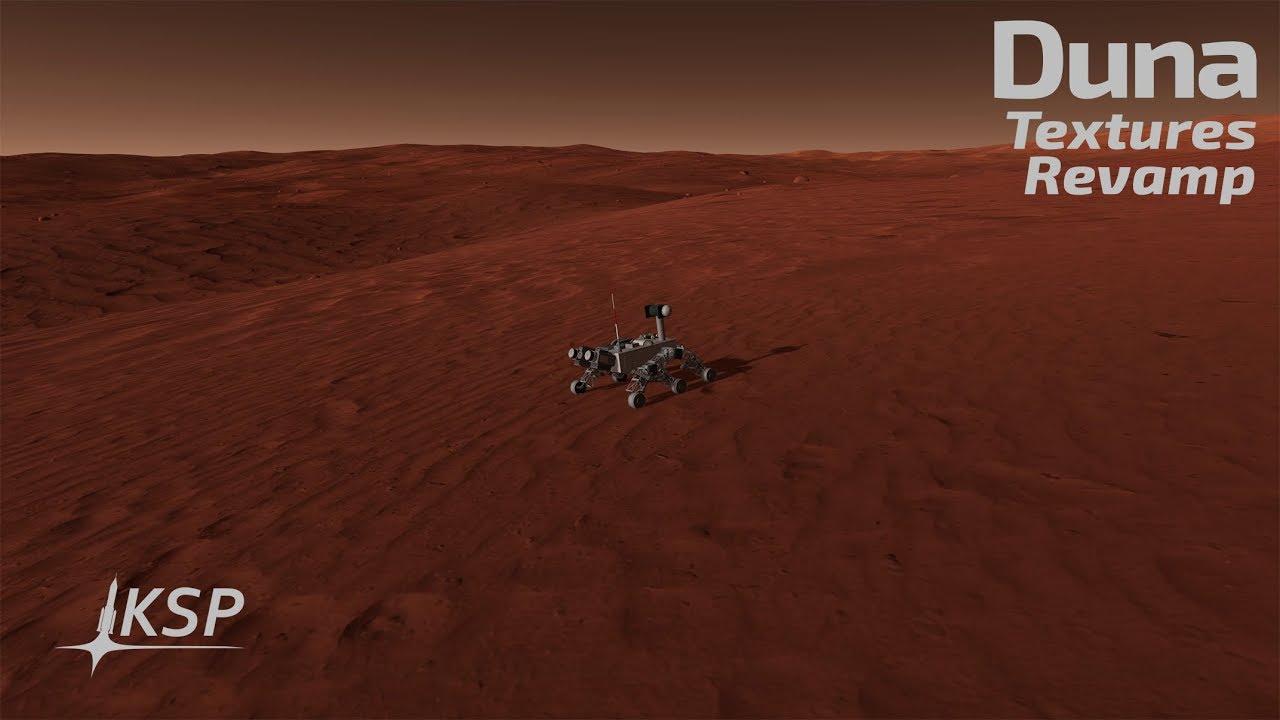 There will also be some new toys for the Breaking Ground Expansion. Including a new set of fan blades and shrouds, which Squad say by combining them with small electrical motors "you'll be able to increase the performance and thrust of your propellers" to make "drones, ducted fan jets, or anything you can imagine".

Additionally, more improvements will be made to robotic part resource consumption, to give you better information on consumption and provide better options for power-out situations.

Article taken from GamingOnLinux.com.
Tags: Sandbox, Simulation, Unity, Upcoming, Update
6 Likes, Who?
We do often include affiliate links to earn us some pennies. We are currently affiliated with GOG and Humble Store. See more here.
About the author - Liam Dawe

I am the owner of GamingOnLinux. After discovering Linux back in the days of Mandrake in 2003, I constantly came back to check on the progress of Linux until Ubuntu appeared on the scene and it helped me to really love it. You can reach me easily by emailing GamingOnLinux directly.
See more from me
Some you may have missed, popular articles from the last month:
The comments on this article are closed.
15 comments
Page: 1/2»
obranco 10 Sep, 2019
I am a big fan of KSP so it is great to see that it is getting some needed updates. Sadly since take2 took over, the updates for KSP were IMO mostly unnecessary and I lost a lot of interest.

[rant]
Spoiler, click me
I think KSP became so relevant because of its community and its mods. The problem is that with each release they break mod compatibility so all modders have to catch up. When your release basically offers features that are already provided by mods (because mods do not work on consoles and take2 pushed for console support) you only get broken mods that are core to the game experience.
I stopped playing because of this, I couldn't spend more hours trying to see which mods were compatible with the new release than playing the game. And I think that important KSP youtubers like Scott Manley stopped playing because of this too.

They should have focused on improving mod support and core game features like graphics and sound. With 1.8 we finally get some graphic improvements!

I am not excited at all about KSP2 because I am already seeing the path they are taking...
0 Likes

Not for Linux though. They will be switching to DirectX 11 with the upcoming update, no words on Vulkan.
0 Likes

Not for Linux though. They will be switching to DirectX 11 with the upcoming update, no words on Vulkan.

Each update of Unity improves all the APIs, OpenGL and Vulkan included. Even if they're not doing Vulkan, it will likely be smoother on OpenGL since more advanced features work better and are supported on OpenGL in later releases. It all helps.
1 Likes, Who?

View PC info
Funny how quick Indie developers are with abandoning us, as soon as they get bigger and more famous. :S
1 Likes, Who?

Quoting: Liam DaweEach update of Unity improves all the APIs, OpenGL and Vulkan included. Even if they're not doing Vulkan, it will likely be smoother on OpenGL since more advanced features work better and are supported on OpenGL in later releases. It all helps.

In my understanding, it is not enough for the engine (Unity3D in this case) to support a feature (advanced features of OpenGL). A developer's will to use it is mandatory. AFAIK, they can simply choose to continue to use OpenGL 3.3 core profile (or "compatibility profile" or something like that). In the news there is not only any words about new API for Linux, but it is explicitly stated that the new API is "DirectX 11". I am afraid, anything else is wishful thinking by this point.

Not that we won't benefit from updated textures and new parts, of course. ^_^

Quoting: KimyrielleFunny how quick Indie developers are with abandoning us, as soon as they get bigger and more famous. :S

To be honest, I must point out that "KSP2" is being developed by completely different studio under the mandate from the publisher (maybe because it wasn't sure in Squad's capabilities after all of the initial staff has left it?). So, thechnically, it is not the same people who made the KSP who are now "abandoning us".

Speaking of which, I think this "Uber Entertainment", I mean "Star Theory" is making some sort of hollow KSP-lookalike abomination.
Updated graphics and rewritten from scratch engine is one thing (even if it is an excuse not to support Linux), but going full space opera fantasy is entirely different!
Come on!
Another solar systems? How, on what "hyperdrive" are they gonna get there (in a reasonable timeframe)?!
The Orion drive (not to be confused with the capsule by the same name)?!! On what premise are we supposed to comply with that discarded utopian project (with nuke bombs as the "fuel"). Why not "EMDrive" or space siphons, for example?
And multiplayer? With the "developer" describing it as "I never heard people laugh so hard", nonetheless!!! Since when KSP became about "LOOK, what a cool explosion!" and not about "wonderful designs breaking up against the harsh reality of physics"?

Simplified or not, KSP is about real technology with proven (or at least doable) technology. If I need some space fantasy, I'd play "X4: Foundations".

0 Likes
Purple Library Guy 10 Sep, 2019
Watching the trailer, stuff in the new version is clearly much more textured. Also much more brown. Bit of a tradeoff there, I'm not sure which I like better.
0 Likes

View PC info
Not surprising about them dropping Linux. They were swallowed by 2K / Take Two, a legacy publisher with no particular interest in Linux.

Quoting: KimyrielleFunny how quick Indie developers are with abandoning us, as soon as they get bigger and more famous. :S

More like when they stop being independent. Very expected from legacy publishers. See above, they were bought.
1 Likes, Who?

Quoting: ShmerlNot surprising about them dropping Linux. They were swallowed by 2K / Take Two, a legacy publisher with no particular interest in Linux.

Not just that, KSP 2 is being done by a different developer.
1 Likes, Who?

Quoting: Liam DaweNot just that, KSP 2 is being done by a different developer.

Ah, but still 2K Publisher? I suppose they just want to milk the brand then. Even worse.
0 Likes
1/2»
While you're here, please consider supporting GamingOnLinux on: