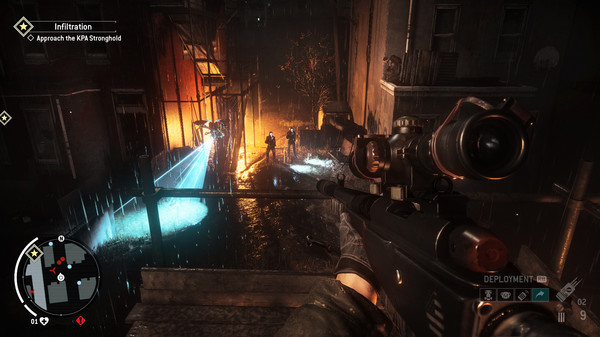 It seems Homefront: The Revolution [Steam] is seeing some fresh Linux-related activity on SteamDB, with it being giving a launch configuration.

If I may direct your attention to this and this it seems that someone has started focusing on the Linux version some more. The latest update being today and only a few hours ago too.

We already knew it was confirmed for Linux, and back in June the publisher did state it was still in the works.

While it doesn't have the best reviews, a lot of people are still enjoying it. It is also a game that is still updated and supported with patches and DLC so it's certainly not a dead on arrival game.

As usual, when it releases I will give it a look and a report without bias as I have not played it. We still don't have a big choice when it comes to good-looking FPS games, so I am still hoping it's at least reasonably fun somehow. Article taken from GamingOnLinux.com.
Tags: Action, FPS, Steam, Upcoming
0 Likes
We do often include affiliate links to earn us some pennies. We are currently affiliated with GOG and Humble Store. See more here.
About the author - Liam Dawe

View PC info
Aww yiss, I'm excited to get this, despite the lackluster reviews it got. I'll buy it as soon as it hits penguin shelves.
4 Likes, Who?

UltraAltesBrot 4 Oct, 2016
View PC info
A developer also confirmed the port here in the official forums of the game at end of August.
0 Likes

View PC info
is this the first cryengine game that could hit linux?
0 Likes

View PC info
I remember being very excited about this game, I just don't recall why..

The Linux release lag might suck for us, but I imagine it sucks worse for the developer to loose sales because the hype train left long ago.
1 Likes, Who?

Quoting: darkszlufis this the first cryengine game that could hit linux?

View PC info
It looks like a solid game. I've seen some let's play and I love the idea of modular weapons. I never played it but sure will do as soon as it lands on Linux and you will have posted your port report :)
1 Likes, Who?

View PC info
Didn't CryTek say they are going to release CryEngine 5.3 with Vulkan support in mid october?
Just saying that it would be more reasonable to get the port going with a Vulkan renderer instead of trying to somehow get the broken OpenGL renderer to work properly...
1 Likes, Who?

If I single out the bad reviews for Homefront, they seem to have bad AI and repetitive gameplay in common. As well as it not being the best shooter for the money. It'll be interesting to hear opinions on here.
1 Likes, Who?

ah right, it didn't started with mesa back then at the release , have to try again.
0 Likes
1/4»
While you're here, please consider supporting GamingOnLinux on: