The second part in my articles on giving some limelight to open source games and engines, this time I have a completely different set to show you! See part one here where I highlight 18 different projects. Here's another truck loads of projects to have a look at, especially if you haven't been around Linux for long.

Each open source game corner will show you different open source games, I will be keeping a list so I never show you the same ones twice! These lists came up because some people in our IRC didn't think we covered open source enough, so here's the solution!

Freespace Code Project
Freespace 2 is my all time favourite space-shooter and the fact that it has an open-source engine is just AMAZING. Freespace 2 has a good story and with the upgraded assets I still think it looks great today. The process is a little rocky since you will need to obtain a copy of the game from somewhere like GOG.com (hooray I feel okay linking to them again!) and use wine to get the data from the installer. 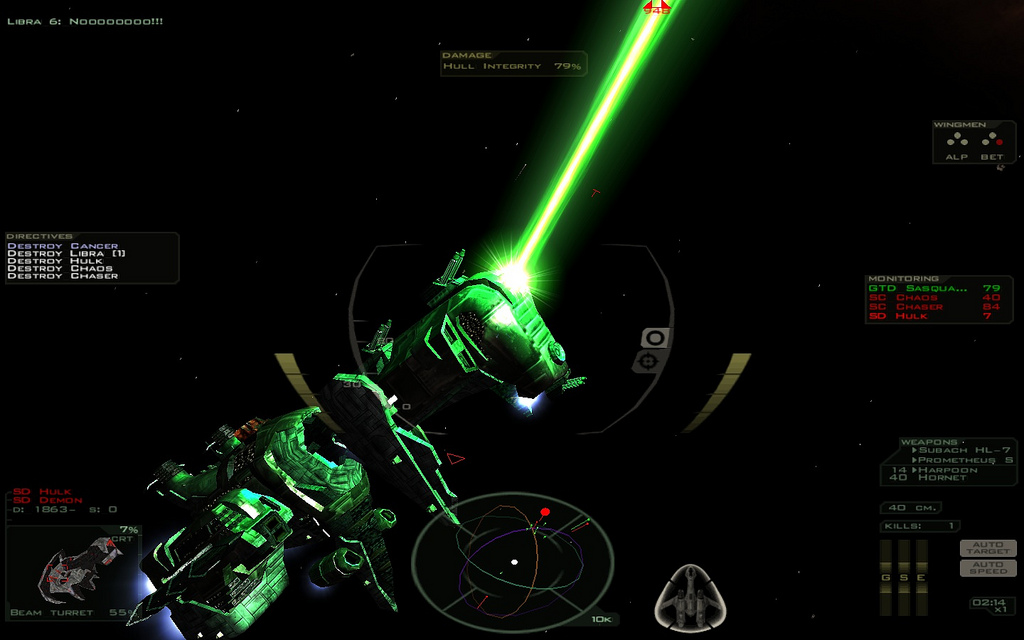 Stunt Rally
A crazy racing game with some fun looking tracks. The game is based on V-Drift and OGRE and has a track editor to keep you busy with. 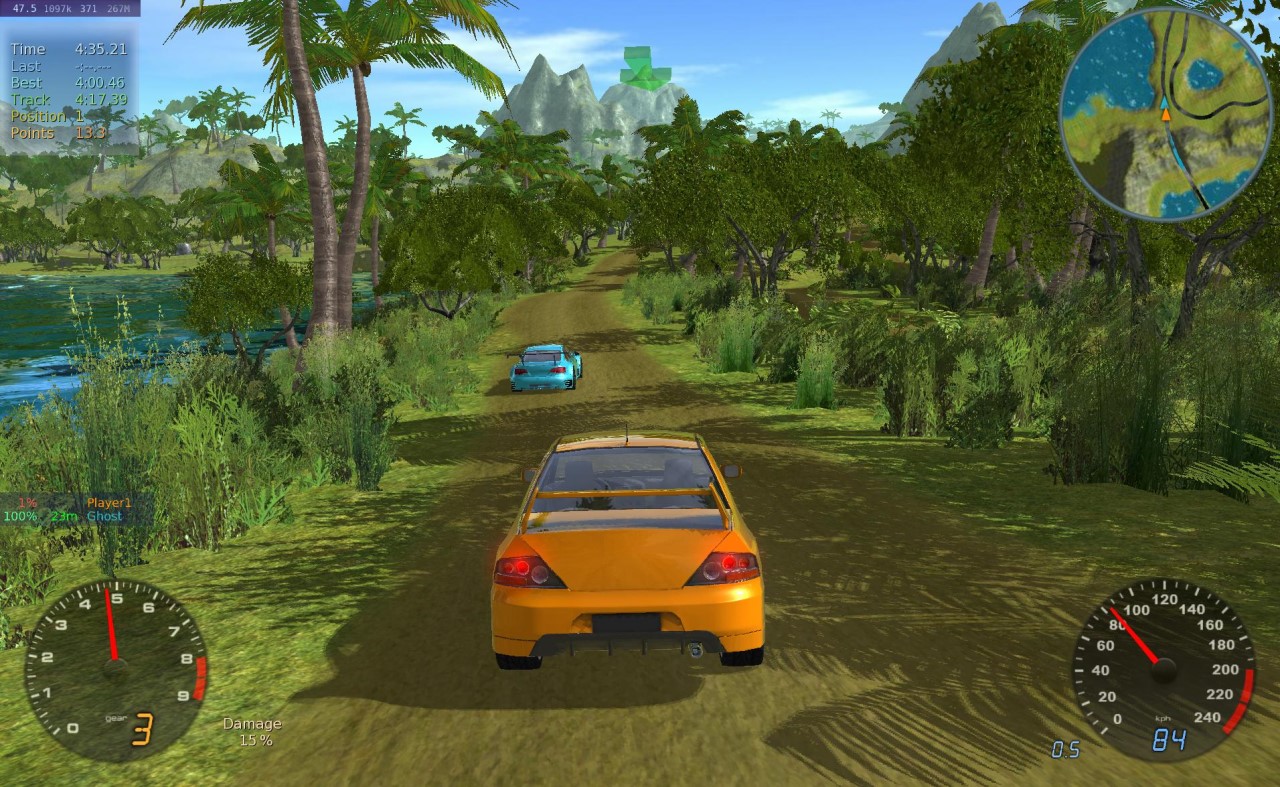 OpenTTD
OpenTTD is an open source simulation game based upon the popular Microprose game "Transport Tycoon Deluxe", written by Chris Sawyer. It attempts to mimic the original game as closely as possible while extending it with new features. 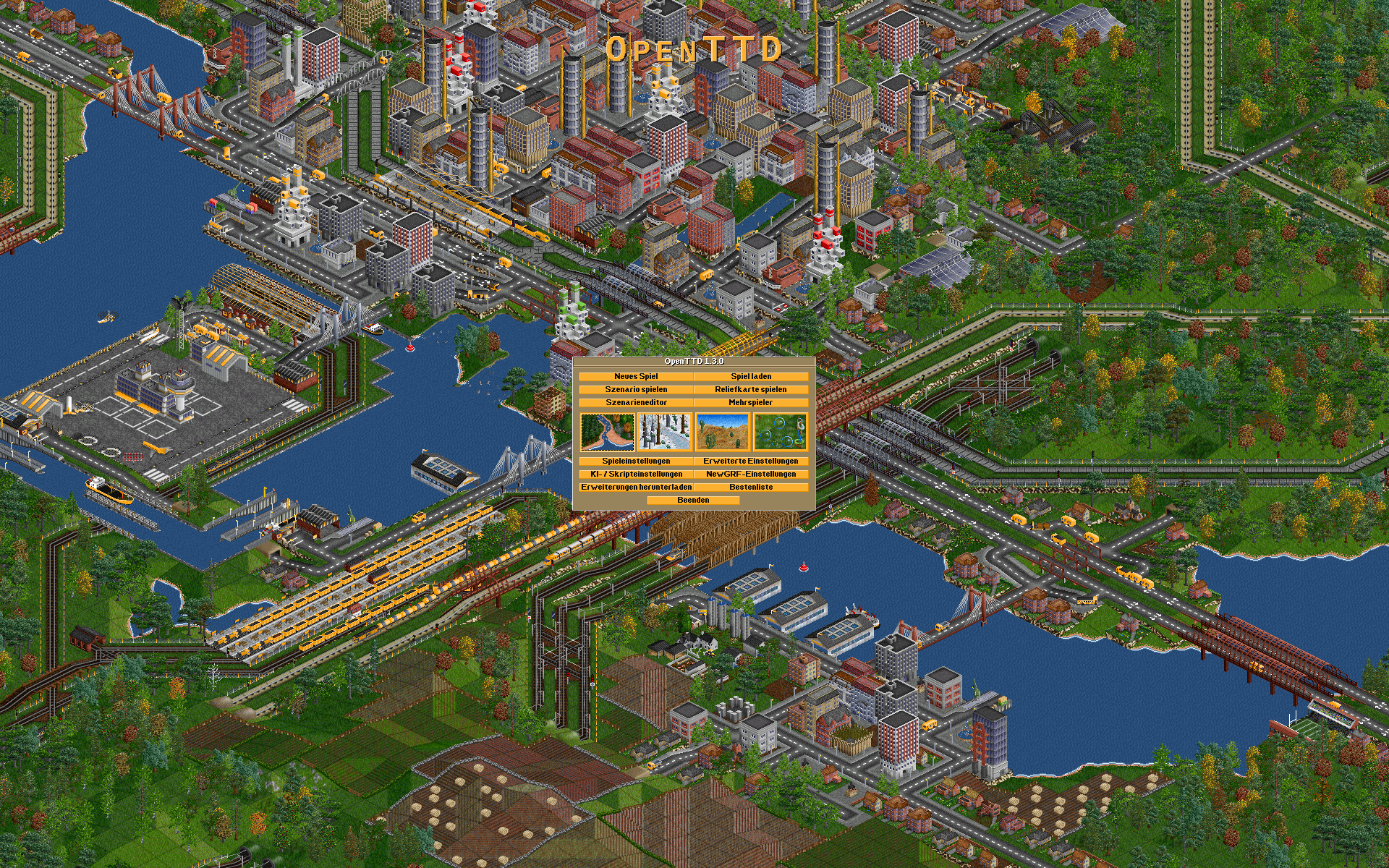 Teeworlds
Teeworlds is a free online multiplayer game, available for all major operating systems. Battle with up to 16 players in a variety of game modes, including Team Deathmatch and Capture The Flag. You can even design your own maps! It's a pretty fun jump-in and jump-out sort of game with next to no learning curve. 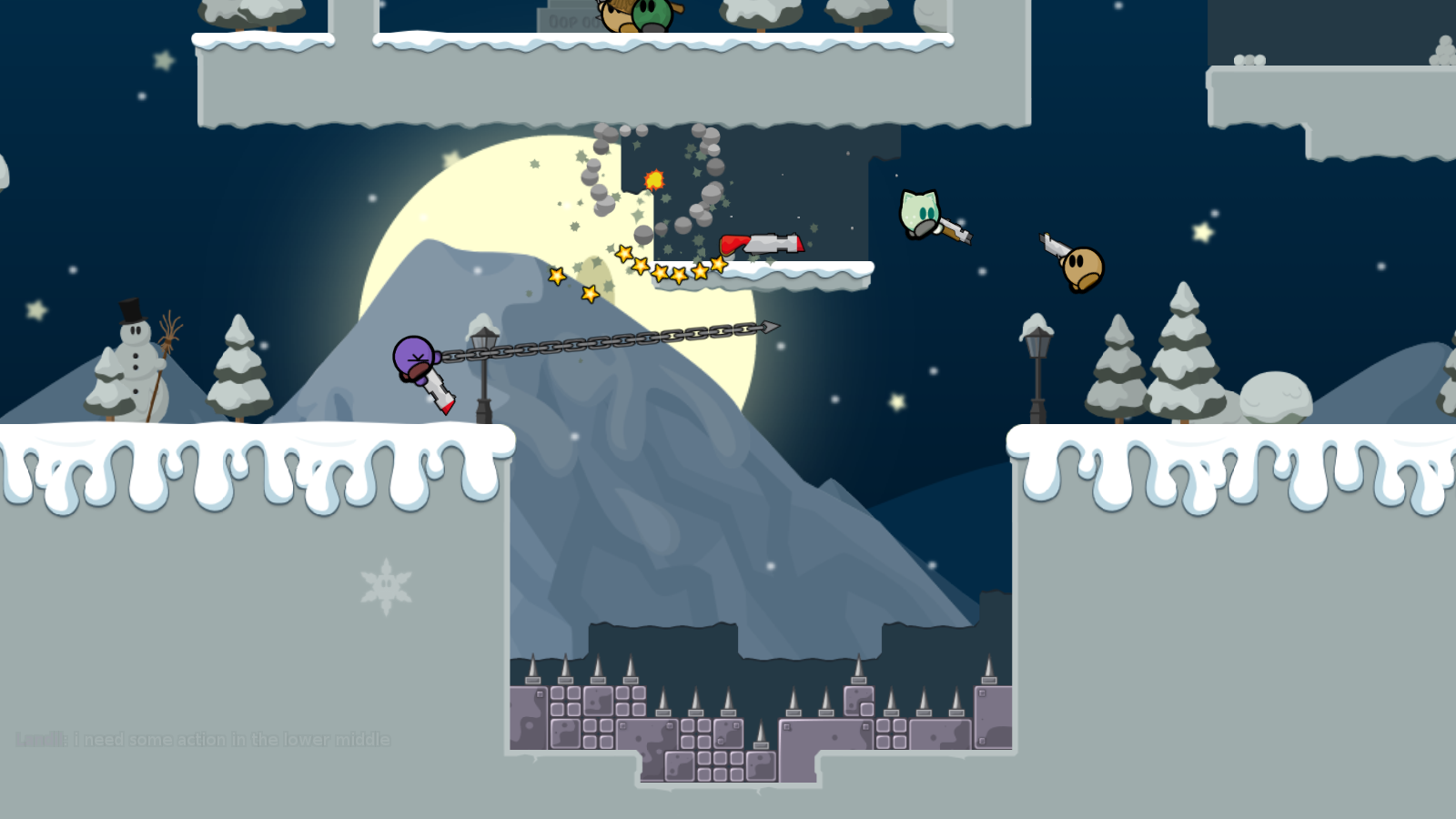 Unknown Horizons
Unknown Horizons is a 2D realtime strategy simulation with an emphasis on economy and city building. Expand your small settlement to a strong and wealthy colony, collect taxes and supply your inhabitants with valuable goods. Increase your power with a well balanced economy and with strategic trade and diplomacy. 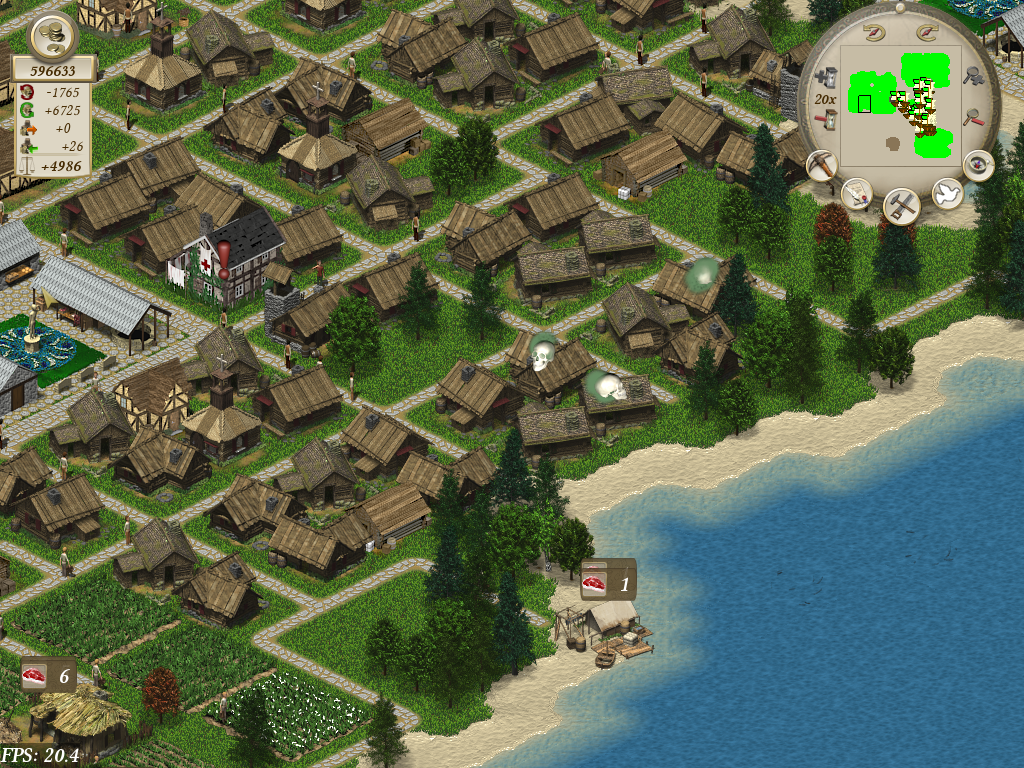 Aleph One
Aleph One is the open source continuation of Bungie's Marathon 2 game engine. Available for Mac OS X, Windows, and Linux, Aleph One supports Marathon, Marathon 2 and Marathon Infinity natively. Many third party scenarios and net maps are also available. Bungie are the developers of the first few Halo games and this is what they were up to before.


Xonotic
Xonotic is a free and fast-paced first person shooter for Linux, Mac, and Windows. It combines addictive, arena-style gameplay with rapid movement and a wide array of weapons. Xonotic is available under the permissive GPLv2 license. 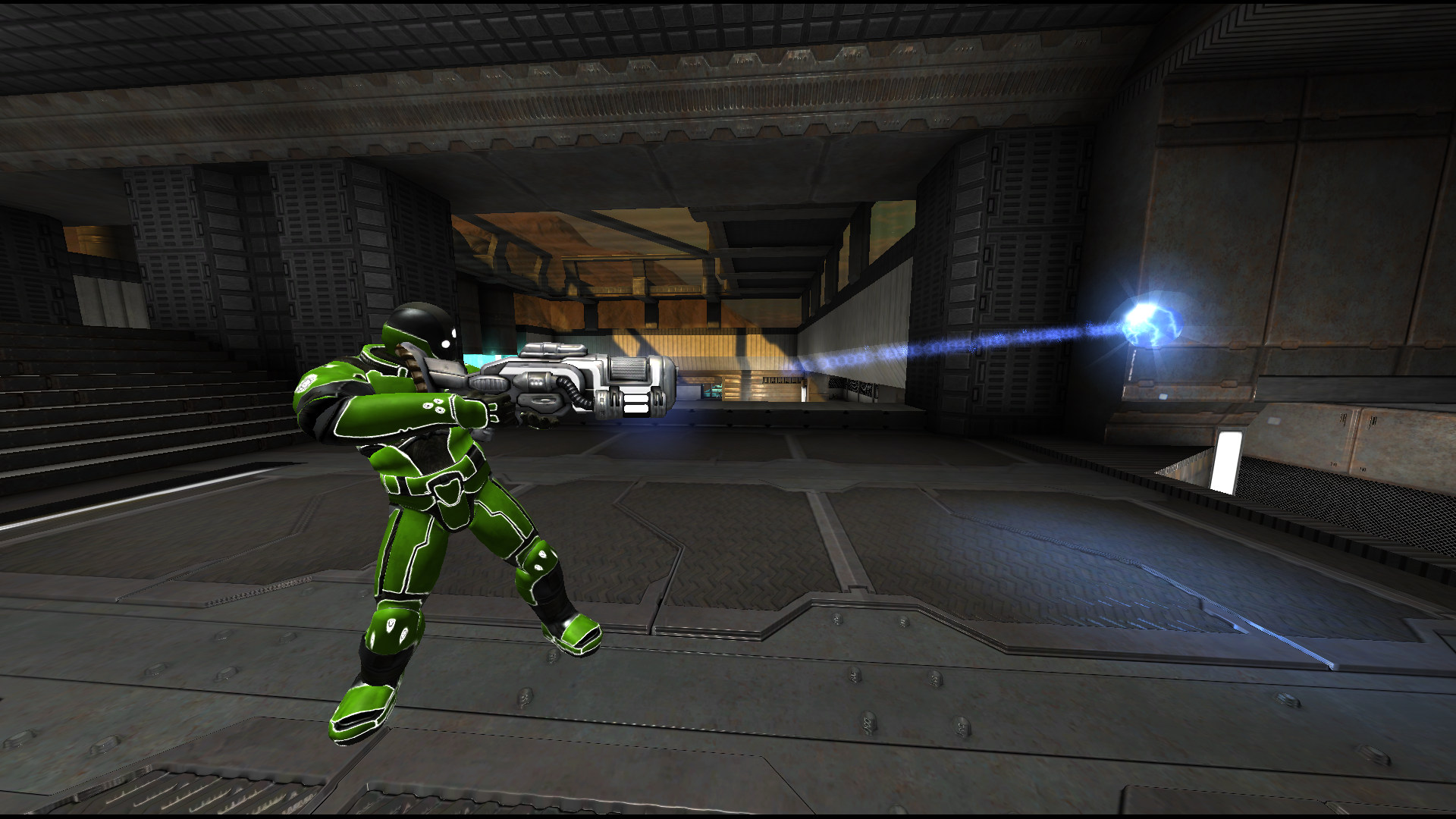 The Battle For Wesnoth
The Battle for Wesnoth is a Free, turn-based tactical strategy game with a high fantasy theme, featuring both single-player, and online/hotseat multiplayer combat. Fight a desperate battle to reclaim the throne of Wesnoth. 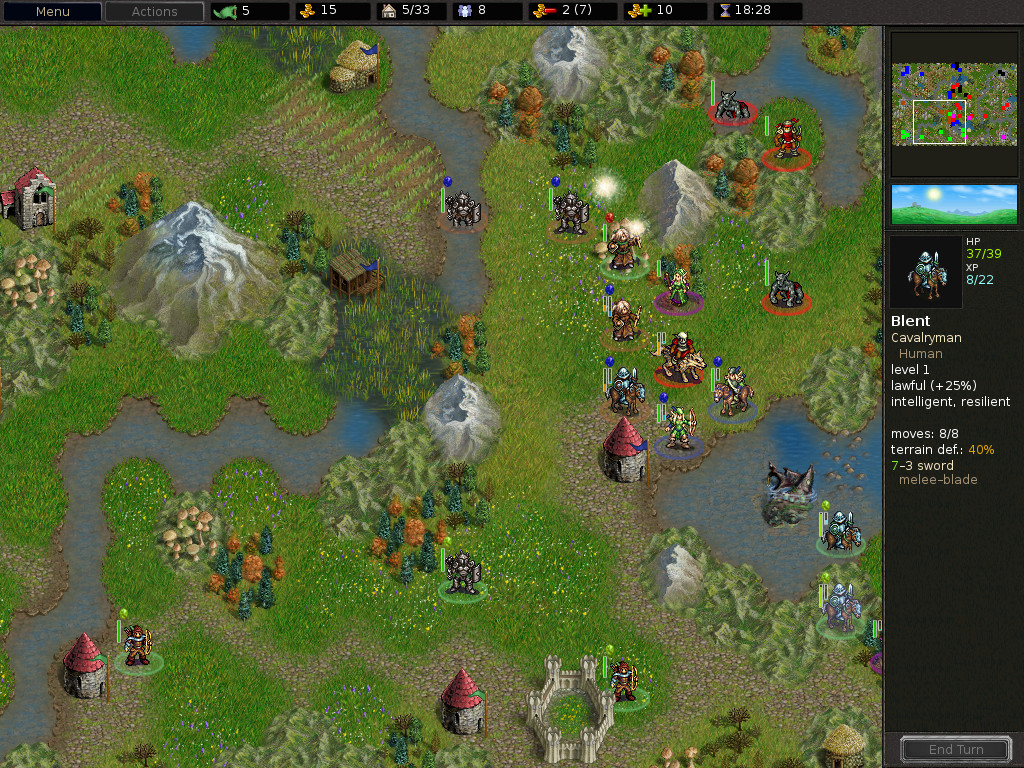 The Dark Mod
The Dark Mod is a FREE, first-person stealth game inspired by the original Thief series by Looking Glass Studios. In it you play a hooded figure slinking through the shadows of a gothic steampunk city, hunting priceless valuables while avoiding the swords and arrows of those hired to stop you.


Speed Dreams
Speed Dreams is a 3d cross-platform, open source motorsport simulation and racing game. It is released under the GNU General Public License (GPL). Speed Dreams is a fork of the open racing car simulator Torcs, aiming to implement exciting new features, cars, tracks and AI opponents to make a more enjoyable game for the player, as well as constantly improving visual and physics realism. 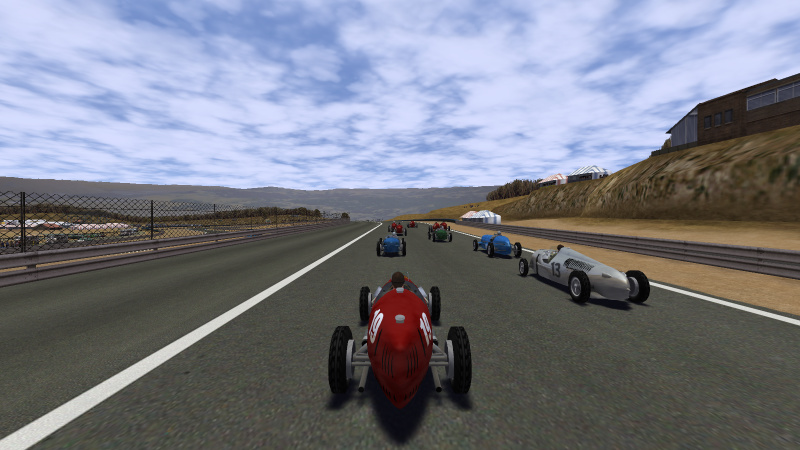 Lips of Suna
Lips of Suna is a tongue-in-cheek action RPG. It's an open world game that focuses on action heavy and versatile gameplay, dynamically changing game world and ease of customization and modding.


Check out PAGE 2 for even more fun! Article taken from GamingOnLinux.com.
Tags: Editorial, Open Source
0 Likes
We do often include affiliate links to earn us some pennies. We are currently affiliated with GOG and Humble Store. See more here.
About the author - Liam Dawe

I am the owner of GamingOnLinux. After discovering Linux back in the days of Mandrake in 2003, I constantly came back to check on the progress of Linux until Ubuntu appeared on the scene and it helped me to really love it. You can reach me easily by emailing GamingOnLinux directly.
See more from me
Some you may have missed, popular articles from the last month:
The comments on this article are closed.
14 comments
Page: 1/2»
Zikzak 28 Mar, 2014
Some more games to consider:
Opentyrian
Hedgewars
Magarena
Abuse
Corsix-TH
eduke32
fheroes
Opensurge
Gigalomania
0 Likes
ReveArek 28 Mar, 2014
Mayby not well known but still interesting:

with is a port of game Buzz Aldrin's Race Into Space. After bankruptcy of publisher the developers released the game's source code under a GPL.

Maybe someone shall consider article about games with source avileable but not ported yet to Linux.
There are many good games in such state: Dark Reign 2, Enemy Engaged: Comanche vs. Hokum, MiG Alley, MechCommander 2.
0 Likes
Joe 28 Mar, 2014
Always sad to see in what dreadful state 99% of open source games are in regard to visual content.
0 Likes

Quoting: liamdaweFreespace Code Project
The process is a little rocky since you will need to obtain a copy of the game from somewhere like GOG.com (hooray I feel okay linking to them again!) and use wine to get the data from the installer.

Desura provides ready to use Linux installations and you can choose between FSOpen and the port made by Ryan Gordon.
http://www.desura.com/games/freespace-2

And if I remember rightly, some extra mods like the FreeSpace Port are also included.
0 Likes

Quoting: JoeAlways sad to see in what dreadful state 99% of open source games are in regard to visual content.

As for the games list, I'm not if this perfectly qualifies, since it's an open source graphics engine, but DXx-Rebirth is a fantastic remake of the Descent games - but like ScummVM, you need the game assets from a purchased version of the game to get it to run.

I'll give you that I haven't looked at some of the games in detail, just at the screenshots here. However, let's look at FreeCiv as an example. This project was started 18 years ago according to Wikipedia. If they had spent anywhere near the same amount of time on their graphics and User Interface than on their code, the game would look much better today.

The reality with these projects simply seems to be that they are totally dominated by coders and have no artists participating. It's really sad because so many artists out there could use these games to showcase their work.

While typing I actually realized that there is _one_ OSS game that holds it's ground in terms of graphics, and that is 0 A.D. The team there really understood how to get a good balance between code and visuals.
0 Likes

View PC info
I agree & disagree because some games do look really good like Xonotic for example and yes 0 A.D. too.

I think freeciv actually looks good, that is the style they want.

Things don't need to be in 3D or look realistic to be good-looking.

Also coders are easy to find, graphics artists aren't.
0 Likes
Phantom Hoover 30 Mar, 2014
Much as I love Freespace 2 open, it really doesn't belong on this list. Only the engine is open-source; if you want the actual game assets you'll need to buy a copy. The Diaspora project, based on BSG and using the FSO engine, would be a much more appropriate choice.
0 Likes

Quoting: Phantom HooverMuch as I love Freespace 2 open, it really doesn't belong on this list. Only the engine is open-source; if you want the actual game assets you'll need to buy a copy. The Diaspora project, based on BSG and using the FSO engine, would be a much more appropriate choice.

This is not a FOSS list, so it does belong here.
0 Likes
titi 31 Mar, 2014
Glest is completly dead, so no need to mention it imho.
MegagGlest has a LOT more content than glest!
Just some things:
10 times more maps than glest
18 tilesets(sceneries) instead of only 2 in glest
7 factions instead of only 2
8 player support instead of only 4 in glest
and so on , its really a lot more than the simple game it was originally.
0 Likes
1/2»
While you're here, please consider supporting GamingOnLinux on: