GOverlay 0.8 is out with new features to help configure MangoHud

For those just getting into Linux and / or people who will be testing out the Steam Deck, GOverlay can be a bit of a lifesaver to help configure some extra tools like MangoHud. Giving you a nice UI instead of diving into configuration files, it's saved me a whole bunch of time. 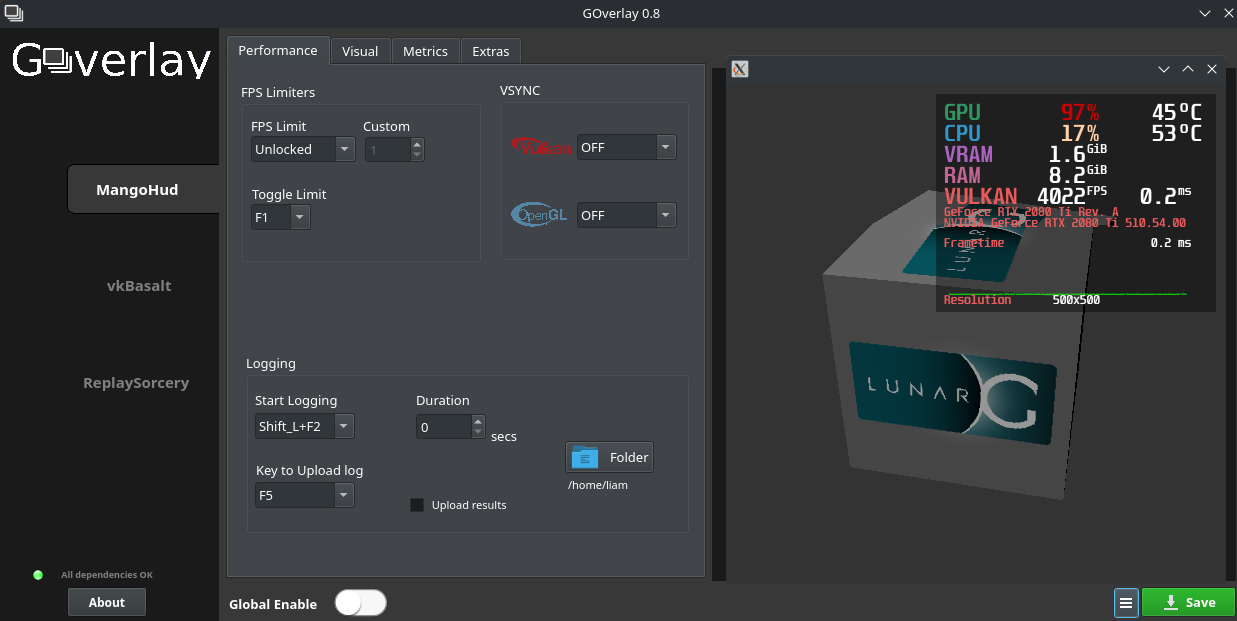 Speaking to the developer on Twitter, they told me clearly that getting it up on Flathub is currently a priority, as that will enable easy testing on the Steam Deck since that's the built-in way to install new software in desktop mode (covered in an article).

View PC info
I kind of wish that Goverlay would just integrate its entire project with mangohud, so that you just download one tool and if you run it with a --gui option, it fires up Goverlay. Mangohud is like 2Mb, Goverlay is 7Mb. It's 2022, no-one should be caring about how clean it is to keep these two tools separate.

It's a weird hurdle that Windows stalwarts have to overcome when they try Linux. Lke, everyone raves about mangohud, so they download/install it to try and then they're like... what now? How do you get this thing to work? Then they have to research that actually, Goverlay is the GUI. It's just weird.

Understandable, but weird.
9 Likes, Who?

View PC info
Since they're aiming Steam deck support, I think they should look at the possibility to integrate ProtonUp to the project too, It would be nice to have GOverlay as some kind of swiss knife to Steam Deck.
3 Likes, Who?
While you're here, please consider supporting GamingOnLinux on: