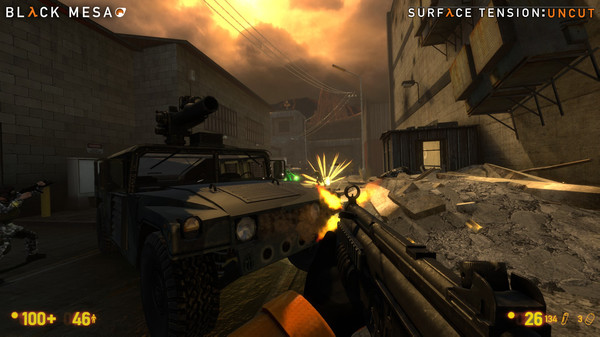 Black Mesa is officially coming to Linux, and the developer confirmed so in a rather delightful way of shooting down an anti-Linux troll in the Steam forums.

You may or may not heard of a user who goes by the username "meraco" on Steam. He seems to be popping up all over Linux support posts on the Steam forum to spread anti-Linux sentiments, this time it was different.

After his usual derailing of a Linux support topic, the Black Mesa developer commented:


QuoteWhat are we arguing about? We're making a Linux port. We think it's totally worth it.

We built Linux and got errors (as we expected). They're not especially complex errors, but there are a lot of them. As soon as we get a stable build we'll push it to Steam for people to test.

It's good to get confirmation (and fantastic to see a troll get slapped down), as previously they were only evaluating a port, but now it is happening.

Note: The best way to shut a troll down is to post like they aren't even there. Don't quote them or reply to them, just keep posting your support of Linux versions.

We do often include affiliate links to earn us some pennies. We are currently affiliated with GOG and Humble Store. See more here.
About the author - Liam Dawe
I am the owner of GamingOnLinux. After discovering Linux back in the days of Mandrake in 2003, I constantly came back to check on the progress of Linux until Ubuntu appeared on the scene and it helped me to really love it. You can reach me easily by emailing GamingOnLinux directly.
See more from me
Some you may have missed, popular articles from the last month:
The comments on this article are closed.
76 comments
Page: 1/8»

View PC info
That Meraco deserves to be derailed by his targets (the devs). On a side note, i'm looking forward to Black Mesa.

View PC info
I am really looking forward to Black Mesa :)
2 Likes, Who?

QuoteYou may or may not heard of a user who goes by the username "meraco" on Steam.

Totally have. Great to see this.
5 Likes, Who?

Eike 8 Jul, 2016
View PC info
I took another look into his posting history and reported him for trolling.
I don't think it will result in him being spoken to or even banned, but I had to try it.
11 Likes, Who?

View PC info
Great News! I have Black Mesa on my wishlist for a while now. Waiting for the port to show up ...
0 Likes

Permanent BAN would teach him not to mess with us :)
4 Likes, Who?

View PC info
How to not have heard of "meraco"? What a sad individual,*snip*

View PC info
Meraco again? This is not unusual... I think that is a looser with a lot of free time. Really, his life seems to be very sad and needs a lot of "love"