The extreme arcade space-shooter Space Mercs is now available on itch.io, plus some sales info

Space Mercs from Bearded Giant Games who develop their games entirely on Linux, released on Steam recently and now you can also catch it on itch.io.

Haven't picked it up yet and want to know what to expect? It's a retro 3D arcade space shooter, designed primarily as a quick pick up and play experience. The developer said to think of it like a coffee-break game, only a bit more intense when some of it can be like a bullet-hell. 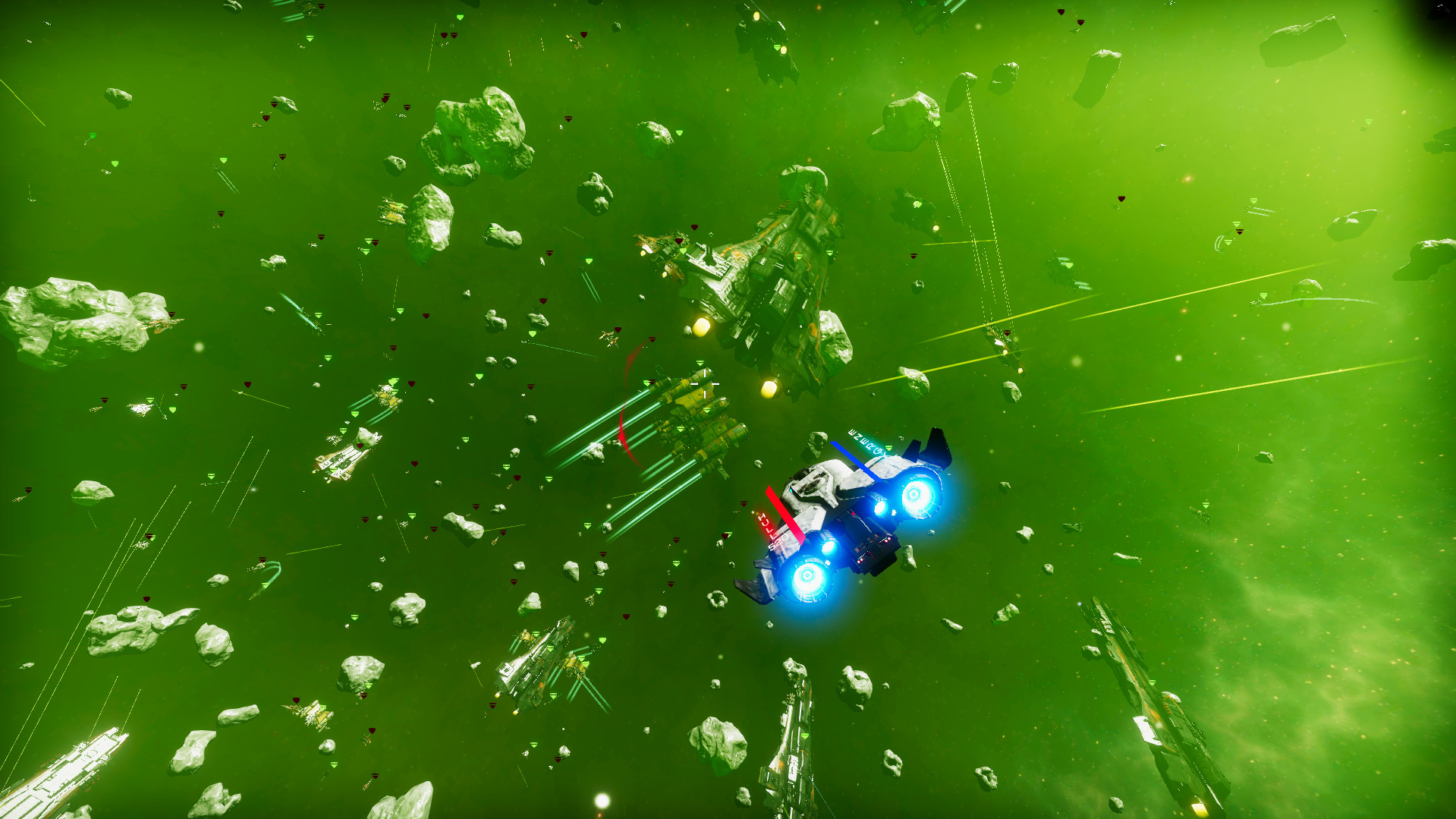 I should note, that the game is designed for keyboard movement controls with no support for mouse control.

Going by what information the developer has provided for me, the game is closing in on 600 sales on Steam so far and Linux is making up about 38% of that:

Nothing compared to what AAA developers or bigger "indies" make, but let's be clear on something here: For a game developed by one person over the course of only a few months, that's actually really impressive for the first week of sales with hardly any marketing being done.

Space Mercs is due to get some updates since it's doing okay including the ability to match speed with a target, an improved tutorial to explain the different reticle and targeting overlay, a feature to target the closest ship and get a readout on its health and more.

So now you can head over to itch.io or Steam, the choice is yours pilot.

https://linuxforeveryone.fireside.fm/3-manjaro-office-indie-games-community-voice
12 Likes, Who?
Zapa 9 Aug, 2019
On the whole marketing part, I have to say that GoL was the only website to cover it (outside of Jason's interview on L4E that ended up a Forbes Article)! Keep one thing in mind, my sales wouldn't have been even half of what they are if Linux users didn't go for the game.

An interesting thing that I'll try and expand further on is based on how Steam gives visibility to it's games - it's similar to the way an ads network does it. The ad that sells the most get's the most visibility. If they have two ads running, they both get 100 views initially (this is an example). One sells 30 produts and one sells only 5. The one with 30 products get's more visibility.

When the forbes article went up Linux was at 36-37% of the total sales. With the conversation that sparked on r/linux_gaming or r/linux you'd expect Linux to get a higher percentage and up into the 50-60's percentile.

What happened was, although Linux numbers grew (by almost 100) so did the Windows numbers. And I'm mentioning this that, next someone says, linux doesn't matter let this be a lesson. At least for small indies like me, Linux literary allowed me to continue making games without doing any freelancing or going back into the F2P industry!

So thank you Linux! Thank you a ton!
And thanks to Liam for covering the game's release and announcement and Jason of course!
But thank you Linux! You just made a Bearded Giant really really happy!
37 Likes, Who?

View PC info
Thank you very much for creating the game, Zapa!

It's very cool to see devs really caring about Linux and gaming on Linux.

So I'm happy to have bought the game, especially as I am big space game fan ;)
6 Likes, Who?

View PC info
As promised, I just bought the game on itch.io!
5 Likes, Who?

View PC info
Picked up an extra copy as a birthday present for a buddy who is deep into Elite Dangerous.
Will be interesting to hear what he thinks. :)
4 Likes, Who?

View PC info
Bought on Steam
Not my type of game really, but will give it a go when i get some time! Visually it looks pretty good!

Thank you for Making Linux first class Citizen
4 Likes, Who?

View PC info
Just bought the game on itch.io, thanks for making it!
5 Likes, Who?

Quoting: ZapaGoL was the only website to cover it

Space Game Junkies (Windows gaming site/Youtube/Discord and a worthy follow if you like the genre) did a playthrough of it also, but yeah, more or less right...
0 Likes

View PC info
I noticed yesterday that it had shown up in Steam's "new and trending" section, which is good to see (if even for a short while).

Cheers for not only the game, but continued updates as well.
1 Likes, Who?
1/2»
While you're here, please consider supporting GamingOnLinux on: