Studio Koba crowdfunded the impressive looking pixel-art action platformer back in 2017, along with a very clear advertisement of Linux support but that's no longer happening.

During their Kickstarter campaign that pulled in €160,946, they fully confirmed Linux support and it still has a fancy Linux logo on it even now. Their official website also listed Linux as a platform, as can be seen here but that was updated to remove mentions of Linux just recently. 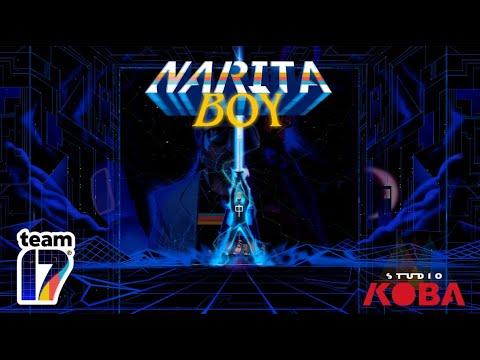 We've actually been trying to get an official statement on it since they partnered up with Team17 as publisher but only received mixed responses with one from Team17 saying it wasn't planned, another saying to expect news soon and now Studio Koba themselves have posted a comment on Kickstarter to one user to say:

[…] we did what we could to do a Linux version. But, to do so we have had to bear a negative return on investment because of high costs of testing and QA compared to the low demand of Linux […]

It's a shame because it does look genuinely good, but it's also a reminder that even when a Kickstarter campaign mentions Linux support, it's not actually a guarantee and years later things sadly change with some developers. We're tracking a lot of campaigns on our dedicated Crowdfunding Page, with the vast majority succeeding nicely.

About the author - Liam Dawe
I am the owner of GamingOnLinux. After discovering Linux back in the days of Mandrake in 2003, I constantly came back to check on the progress of Linux until Ubuntu appeared on the scene and it helped me to really love it. You can reach me easily by emailing GamingOnLinux directly.
See more from me
Some you may have missed, popular articles from the last month:
The comments on this article are closed.
27 comments
Page: 1/3»

View PC info
It will more than likely work fine in Proton.
1 Likes, Who?

Quoting: Luke_NukemIt will more than likely work fine in Proton.

Przmk 30 Mar, 2021
View PC info
Then why the hell put Linux as a stretch goal if you're not going to respect it anyway?
And how can you not know that demand for Linux games is not very big unless you've been living in cave for the past 5 years?

I'm sure it wasn't malicious but they sure didn't do a single bit of research.
10 Likes, Who?

chorn 30 Mar, 2021
View PC info
I'm one of the backers of Nrita Boy, and it's as you suspect: they announced some weeks ago that there will be no Linux version. Backers who had selected the Linux version were offered to "go out", to go for PS4 or Windows version. A friend got into an agreement with them to get a GOG key for a DRM free version, to have better chances to get it running on Linux.

I have a PS4 here, so agreed to PS4 key - did not think of a DRM free version via GOG.

Quote[…] we did what we could to do a Linux version. But, to do so we have had to bear a negative return on investment because of high costs of testing and QA compared to the low demand of Linux […]


So they got to profit from the extra media attention and support from linux users without wanting to spend on the obligation that got them into.

Even if they give a full refund to the linux backers that doesn't repay the benefits they received.

QuoteBut, to do so we have had to bear a negative return on investment because of high costs of testing and QA compared to the low demand of Linux

Oh, please. How is this news? How was this ever news? The devs should have known the Linux market was small when they launched the kickstarter. Or worse, they actually did know and decided to cash in on the hype anyway.

Either way, on the shitlist Studio Koba goes.
16 Likes, Who?

View PC info
Is always the same shit.
5 Likes, Who?

View PC info
You know I'm glad at that time I didn't backed this project... Sorry for the guys who did it.